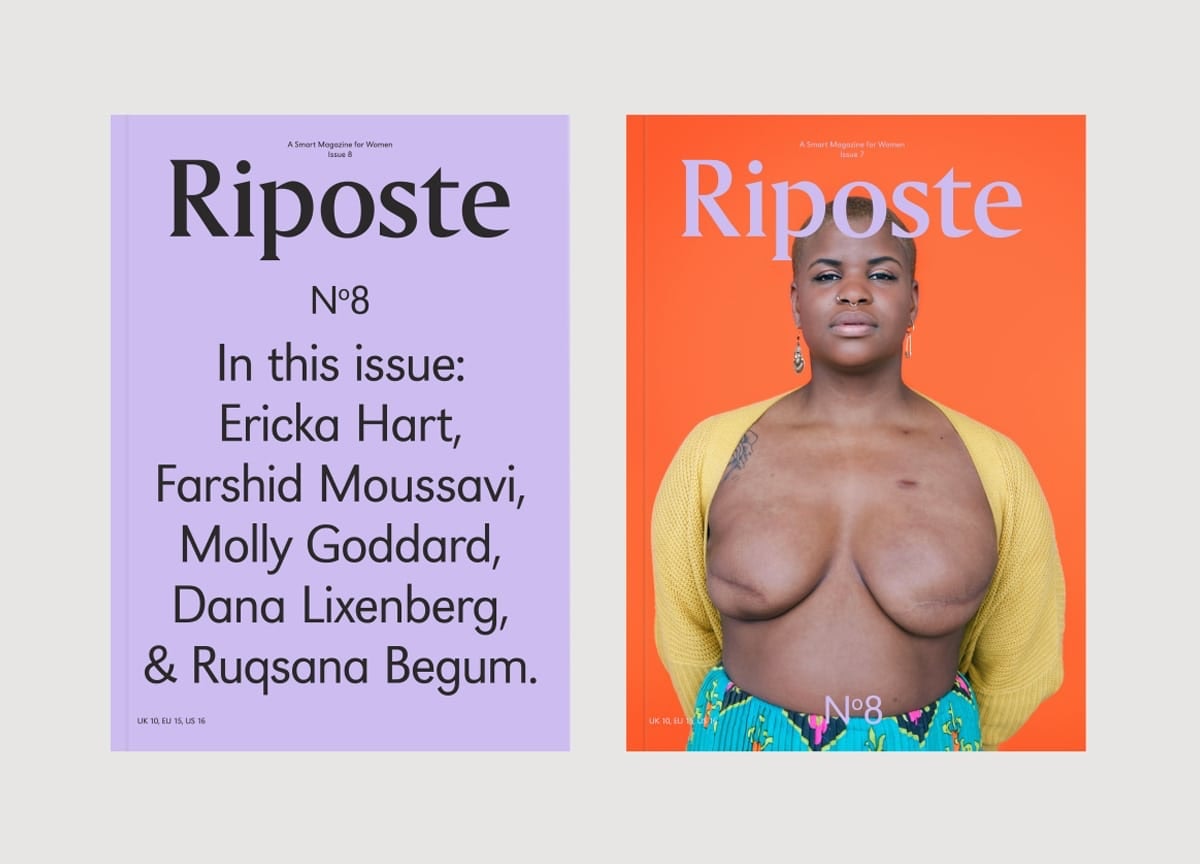 Your guide to… Riposte #8, by editor Danielle Pender

We’re delighted to see more women’s magazines taking centre stage in the independent publishing world, and Riposte is one of the titles that’s firmly leading the movement. Created in 2013 as a smart magazine for women, it’s known for its breathtaking typographic covers and profiles of a wide range of extraordinary females — you’ll read a conversation between Gloria Steinem and Barbara Nessim, as well as an interview with a club night for women of colour in London.

To celebrate the launch of their eighth issue, they’re holding an all-day event at the Ace Hotel Rooftop. Expect brunch, talks, screen printing, nail art, live illustrations, photography workshops, and more, hosted by their talented team of women. Grab your ticket from their Eventbrite page, and read on for editor Danielle Pender’s guide to their new issue, which looks absolutely fascinating…

1. Ericka Hart shines on our new cover
These new covers are a new benchmark for us. Our text cover was a real statement of intent when we first launched but our image covers haven’t quite matched it, so for this issue we really spent a lot of time thinking about what our image cover should be. We wanted it to be bolder than it has been in the past and to have more of a point of view than the last two image covers.

Within the issue we speak to Ericka Hart — she uses her body as a way to open the discussion around breast cancer, to encourage other women to get checked out, so she felt like a strong person to feature on the cover. It wasn’t done to be controversial for the sake of it. By putting her on the cover we wanted to challenge what is ‘normal’, to show her as powerful and beautiful and start a conversation around the issue of representation and what a breast cancer survivor looks like.

2. Islam and feminism, and other topics that go outside the bubble
With the features in this issue we wanted to look outside of the usual comfortable bubble and include voices and point of views that we haven’t covered before. We’d been having a lot of conversations in the team about men, mental health and restrictive masculinity so we wanted to run a feature that looks at what it’s like to be a man in 2017 as this has an affect on us all. We also have a feature that looks at Islam and feminism. The two things are often thought of as an oxymoron but writer Shabana Kausar talks about how she has always found that the basic principles of Islam and feminism support and reinforce each other – a point of view that isn’t often covered.

3. Strong feminist characters in Studio Ghibli
We look at two of our favourite figures of film and fiction. We celebrate the hero of heroines, Studio Ghibli’s Hayao Miyazaki and his strong feminist characters (below) and we look back at the work and life of writer Kathy Acker. She embraced all taboos in her life and her writing, she rode motorbikes, was a body builder, slept with men and women, she lived life on the edge of what society found acceptable and she didn’t give a shit – something that is reflected throughout her writing.

4. A Muslim kick-boxer and other amazing women in ‘Meetings’
We’ve expanded this section to feature five interviews with a line up of AMAZING women. Ericka Hart, breast cancer warrior, sex educator and performer tells us why chronic illness doesn’t look one particular way. Architect Farshid Moussavi defies stereotypes. We speak to Muslim kick-boxer Ruqsana Begum about being a badass in and out of the ring, Dana Lixenberg opens up about her most famous photography project and fashion designer Molly Goddard discusses karaoke, parties and building a super successful fashion brand.

6. Launch party alldayer
We love throwing parties so to celebrate the launch of the issue we’re hosting a packed day of talks, workshops and a party on the rooftop of the Ace Hotel on 21 May. All of the sessions and action relates to the content of the issue and there’s going to be plenty of cocktails sunk to mark getting the issue finished! Come and join us!

What does our culture find beautiful? A spectrum of answers in this bold feminist print 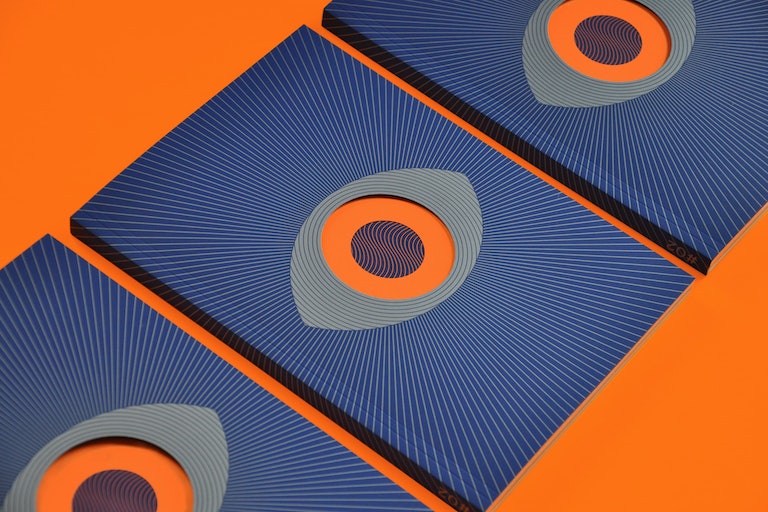 Younger, fresher, made by women: behind the scenes at Eye on Design

Perrin Drumm, founder and director of Eye on Design, on the mission behind her magazine