Behind the scenes: Oh Comely

Launched in 2010, Oh Comely fast went from little-known magazine to being stocked in over 1,000 shops nationwide; it’s now on issue 10 and has built up a loyal readership. As their second birthday approaches I went to meet with the team to talk about where it all started, where it’s all going and what success brings through your letterbox.

To judge from the magazine, you might imagine that Oh Comely’s office is a tranquil studio with ballet shoes hanging from the ceiling and ribbons swaying from side to side for the duration of the working day.  It’s a nice magazine. It doesn’t make you angry; it makes you want to drink hot blackcurrant and call an old friend for a chat.

There weren’t any ballet shoes in sight when I arrived at their Holborn office, but I was offered sunflower seeds to nibble on. Editors Liz Bennett and Des Tan and deputy editor Rosanna Durham have been based in this office for a year now after moving out of their previous one, which was in a converted Bourbon biscuit factory in Bermondsey. You couldn’t make it up.

Who are you and what are your backgrounds?
L: I’m Liz, I’m one of the editors. I studied classics at university, which was really interesting… but the literature has been around for 2,000 years and it’s hard to say anything new about it that your audience will actually be interested in. I got really into journalism while I was at uni and I think it was the contrast I liked; your writing can be fresh and brand new and I found that kind of relationship with the audience really exciting. But I still have a soft spot for classics in my heart.

R: I’m Rosanna, I’m the deputy editor of the magazine. My background’s in art history and psychoanalysis. I met Liz and Des through my brother and started working with Oh Comely from when it was just an idea.

How was the idea conceived and how long did it take to make the first issue?
L: It was really quick. It was about eight months, which is not… long… enough… I think at their best, magazines can give you a feeling of being at home, in a kind of metaphorical way, you know, they feel very comfortable, they fit into your life… In conventional women’s magazines I didn’t really feel at home. I enjoyed them but I just thought there’s a way of doing something that’s better, that can be kind of beautiful and curious but still nice to curl up with. It’s a magazine to enjoy.

R: I felt that it was also about creating something that tried to be quite mainstream and accessible but that was doing something very different and respectful of the readership and audience in a way that other publications in that genre weren’t.

L: It’s not for a cool club of people, I think that’s something we really wanted to avoid.

What was the launch party for the first issue like?
R: It was in Pure Groove in Smithfield. It was really nice – there were a lot of people who just wandered in from the street and got caught up in it.

L: We made 300 tote bags for the occasion, which we spray-painted with ‘Oh Comely’ using stencils… That was mammoth and we all got paint poisoning.

R: I think somehow that effort characterises a little bit of the passion and energy that was around at the early stages of Oh Comely, but it wasn’t always well directed.

You have a strong relationship with your readers; how important is that to the magazine?
L: I think it’s really essential. Magazines are very much relationship based. I don’t think a magazine is really there unless it’s got a strong readership that engages with it.

What kind of things do readers send you?
L: Someone sent us a really gorgeous box with found objects like feathers in it and they’d written about everything, that was sweet. It’s always really exciting getting stuff.

Have you ever been sent anything really weird?
R: Someone sent us their hair. That was weird, really strange… it was in a plastic folder that’d had a lighter run round it to seal the hair in.

L: We got this back in issue 2. It creeped us out a bit, it came with a little poem and it was from a man, which made it a little bit odd as well.

How much of yourselves do you put into the magazine – is it still very much your tone?
L: It’s bigger than us, which I think is really important because one thing I noticed with our first issue was that it didn’t quite achieve that. It was very caught up in what we like and I think when it developed beyond that it became a much better magazine… Because we launched very quickly, I don’t think our first issue was as good as it could have been, it was quite unformed… Whenever I come across new magazines I always try and read their second issue, I think it’s too easy to judge things on their first issue.

Do you think the magazine is a product of its time?
L: It’s popular to be quite negative, I feel that for magazines to be successful they always need to be in their time because their audience is so important. In 10 years’ time, I think it’s worth considering that Oh Comely might have to be quite different or might not exist or something else will be there.

Do you think being an independent publication gives you more opportunity?
L: There are pros and cons to being an independent magazine. I think they’re having a moment at the moment. People are really interested in things that are authentic and genuine and have a sense of community and personal passion… There’s so much more potential to self-publish these days. On the other hand, I think stuff like distribution is still really difficult for independent magazines, they face big barriers.

How long did it take you to get such wide distribution?
L: We were in Smiths from the beginning… They liked the idea, they agreed to take it before they’d even seen it, which was really, really good and I don’t think we could have gone to print without that happening. We would have had to be a different sort of magazine. 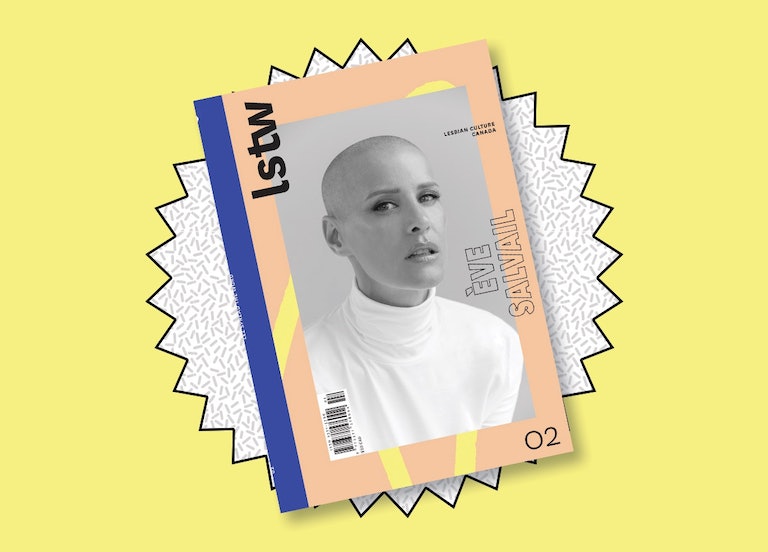