Inside The Green Soccer Journal

On Thursday night I dropped into The Ace Hotel in Shoreditch for the launch of The Green Soccer Journal‘s sixth issue. With the World Cup looming this is bound to be a big time for any football magazine, let alone one so suited to brand partnerships and good looking editorial.

So after just the briefest trip to the bar, I tracked down co-founder Adam Towle and started by asking him what it’s like to be fast approaching his biggest summer of publishing so far.

So this must be a big summer coming up for you…
We started the magazine four years ago, just in time for the last World Cup in South Africa, and I think in our heads we sort of thought, “let’s get to the next World Cup and see what progress we’ve made.”

Now we’re here, it’s a World Cup year and it’s put a bit of pressure on us to do something great. But the pressure has come from within, so to an extent we’ve tried to put that out of our minds and just focus on creating a beautiful magazine and some good content.

Are you finding you’re being approached by people who wouldn’t have come to you, say, last year?
We’ve always had conversations with brands, and I guess we always knew it wasn’t going to be straightforward. It’s quite a hybrid thing that we do – we don’t represent football from a purist stance and we don’t represent fashion from a purist stance, so we’ve had to bide our time and build those relationships and keep those conversations going.

But we’ve got an issue coming out in June, and a lot of the brands are keen for us to work with their players and showcase their products ahead of the World Cup, so we’ve got the perfect platform for that. I’m really interested to know how the players respond to being in the magazine. Because you’re asking them to do quite a difficult thing, to become a fashion model for an afternoon.
I think it all comes down to the contributors we use – the photographers have been doing this for years and working with more established publications. Especially the cover – that’s the real prestige shoot, and we always put together a team who are quite experienced, and that helps to put the players at ease.

We create a relaxed environment – there’s music playing, and we keep it quite simple so by the end of the shoot they’re getting quite into it. Normally when you see a footballer photographed they’re asked to scowl at the camera and look purposeful, but you ask them to do more than that. In the Podolski shoot, for example, there’s plenty of purposeful looking, but there are some quite sweet smiles in there as well. It suggests a bit more character than we’re used to seeing.
Again that’s all down to the photographers and stylists. They’re so good at it – they bring that character out. It’s all very natural, there’s no real science to it.

I didn’t know what Lukas [Podolski] was like before we cast him in this role, as it were, but he was different to the other players we’ve used. He wanted to know more about the project, and he had a different vibe – he was way more relaxed. Footballers can be quite uptight because they’re out of their comfort zone, and they’re so media trained and protective over their image and everything they say, so it’s understandable that when we see them they’ve often got their guard up.

But Lukas was different – he didn’t question anything, he just got on with it. He’s been quite involved with us since the shoot as well – he wants to know when the magazines are out, and he wants us to send him copies – it’s rare for them to have that much interest. How do you want people to read the magazine? I think it’s interesting the way you highlight teams and players in bold throughout the text, because it makes it easy to scan a story and see the names you might be interested in.
This is new – we’ve developed this because in June we’ll have a new website, and we want all the players, teams, and everything indexed, so you’ll be able to compile this index of your team, or your favourite players, or whatever. We wanted to carry that through the design of the magazine as well, so it’s picked out in bold in the text and it’s all indexed at the back as well.

It’s a really useful function.
It works that way but that wasn’t really the intention – we built the idea online first and then implemented it in print. It’s not as natural to do it through print obviously because you can’t click through, but stylistically we wanted the print magazine and the web to mirror each other.

So the new site will be up in time for the World Cup then?
Hopefully! I’ve been saying that for four years, but I think it’ll be done. 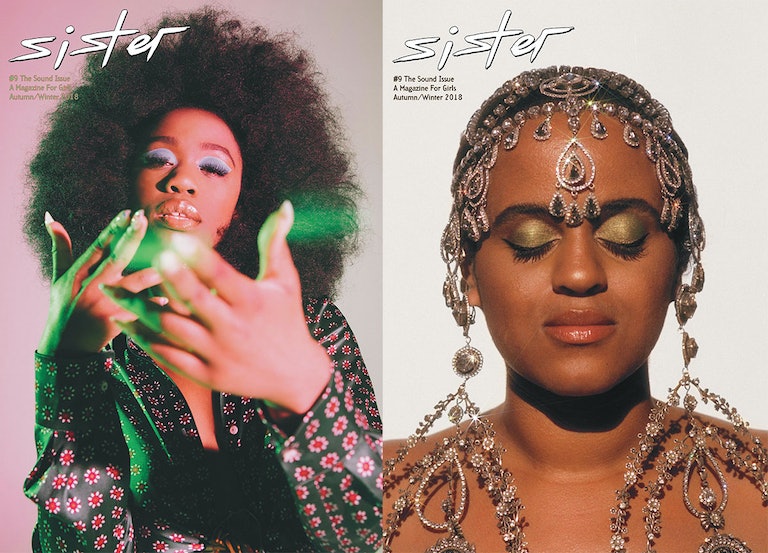 Body positivity and a teenage activist: Sister zine #9 is here

Editor Beccy Hill guides us through this latest edition 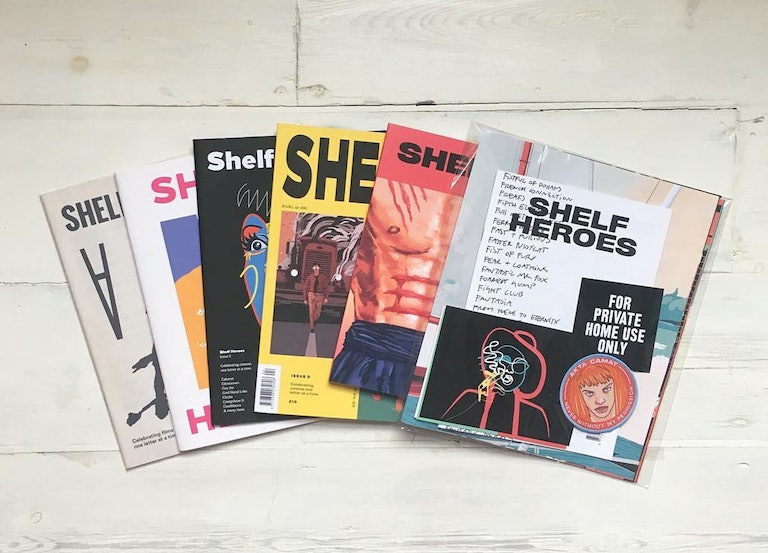