Football fans around the world on the cover of Shukyu magazine 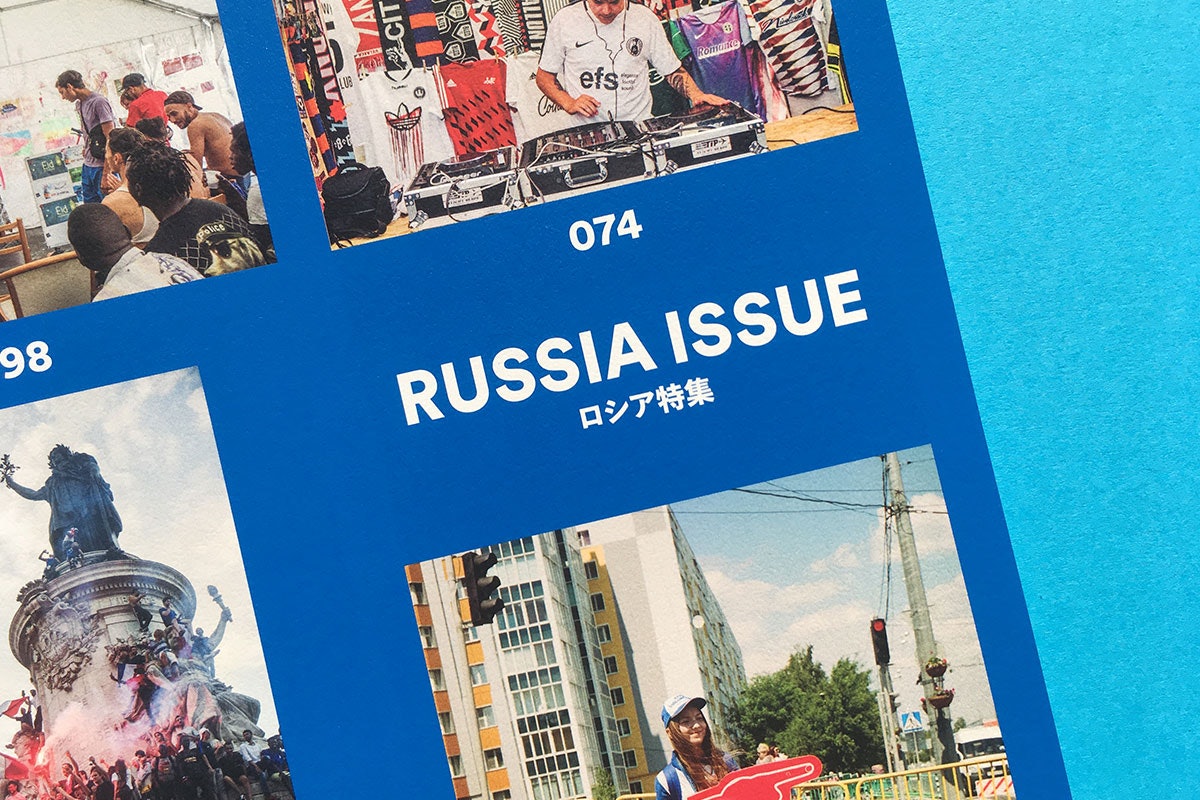 There are not many magazines we look forward to that are printed in Japanese, but football title Shukyu piques our interest with every issue. For their sixth edition, they travelled to Russia in search of stories in the World Cup host nation. You’ll relive the festivities with their fantastic photo-driven travel diaries, and read about the ways football fans from different countries celebrated the event. A selection of these unique scenes and individuals also take pride of place on their iconic multi-image cover, and we got in touch with editor Takashi Ogami to find out more… 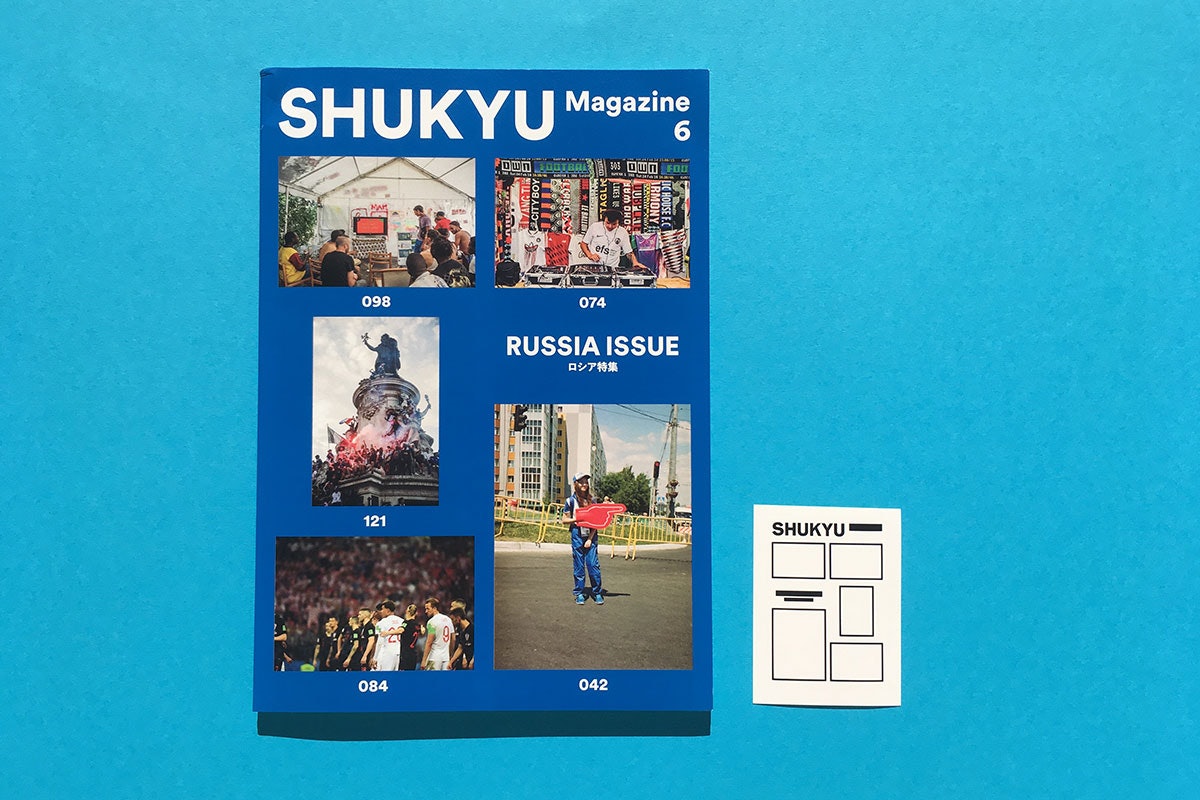 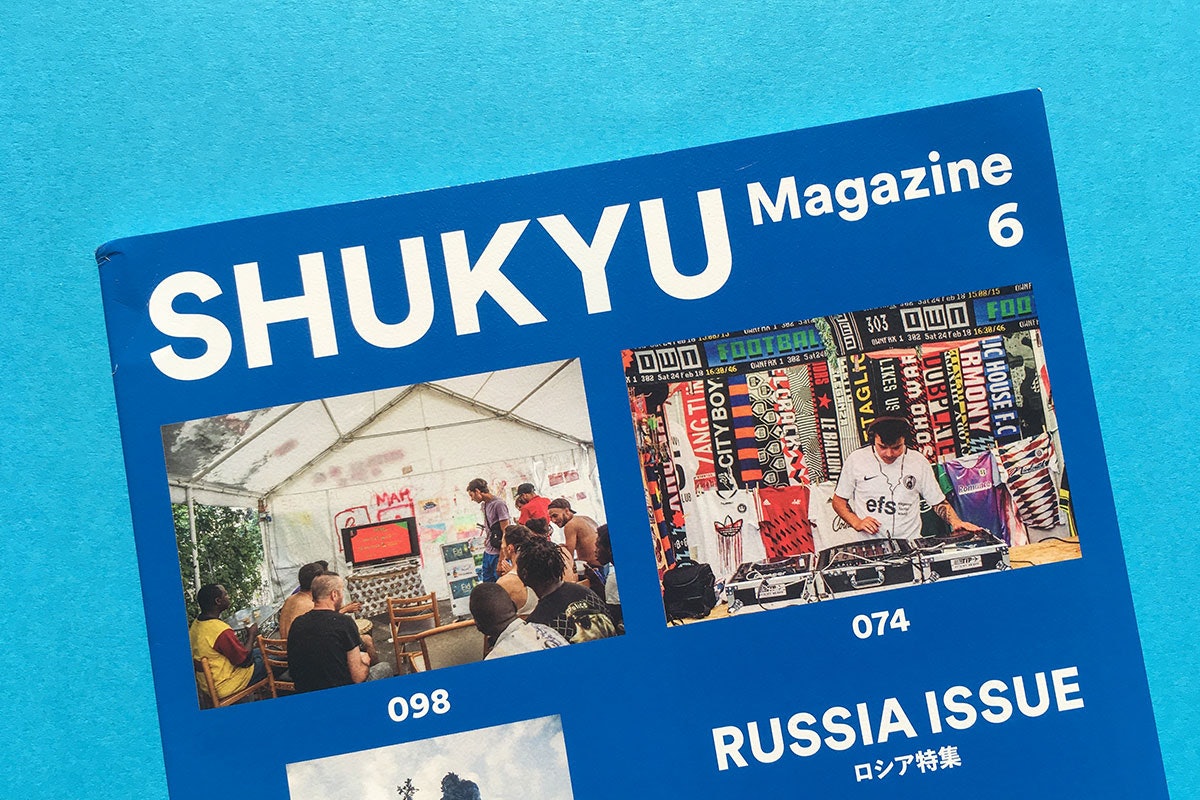 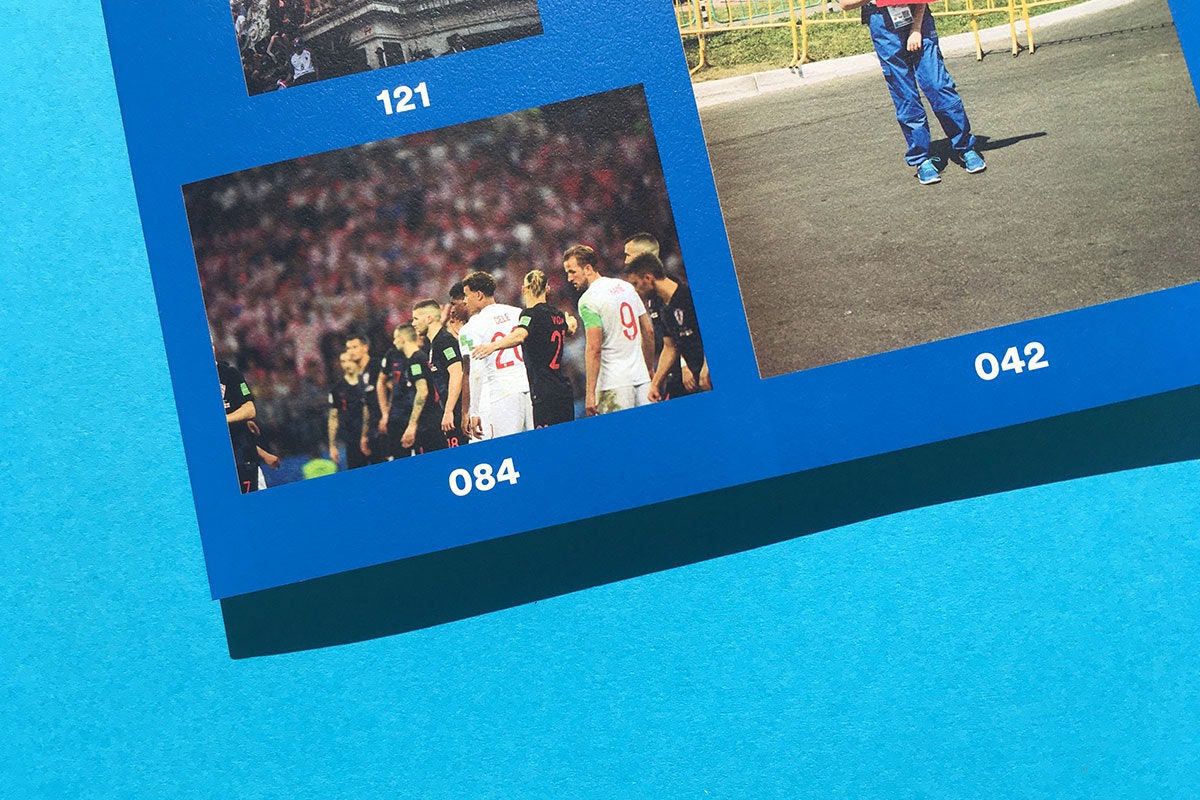 Shukyu is known for its multi-image cover — why do you choose this layout instead of a single image?

Most of the independent magazines published in the world have single-image covers, so I wanted to show Shukyu’s covers differently. Additionally, I thought that this method was good for expressing the concept in a magazine that will dig into football from various perspectives.

For independent magazine lovers, a cover like this will stand out on the newsstands, but have your publishers expressed concern about this non-traditional design?

Of course, there are risks, but since we are self-published, it is possible to do so. I think independent publishers should do what they want to do without getting caught up in the market too much.

Who and what’s on the cover of issue six?

Our Russia trip photographed by Japanese photographer Kisshomaru Shimamura, England vs. Croatia in the World Cup semi-finals, the city of Paris bursting in delight immediately after the finals, immigrants in Rome cheer their own countries during the World Cup, and what was going in London during this time.

How do you decide what to put on the cover?

Since the shape is fixed, the pictures that can be used naturally are narrowed down. When doing the layout like this, if the pictures change at all, it is difficult to arrange the whole balance again. But, I was very happy when I got it looking well-balanced.

This is the first time Shukyu has attended a World Cup, and you’ve gone all the way to Russia to find interesting stories. Can you share some memorable moments of your trip there?

I was expecting to have memorable moments, but the trip was very hard. While I was in Japan, the Russian information did not come easily, but it was a very interesting experience as there was a world completely different from the image of Russia that I had held in my head. The cuisine was delicious, not to mention the kindness of the locals, no matter where we went. Lastly, the game for Japan against Senegal that I saw at Sochi beach is memorable.

Who should buy a copy?

People who are interested in the theme of gender and identity, which we covered in this issue, as well as the people who watched the World Cup in Russia and on TV. Also, an independent football community around the world is participating in this issue.