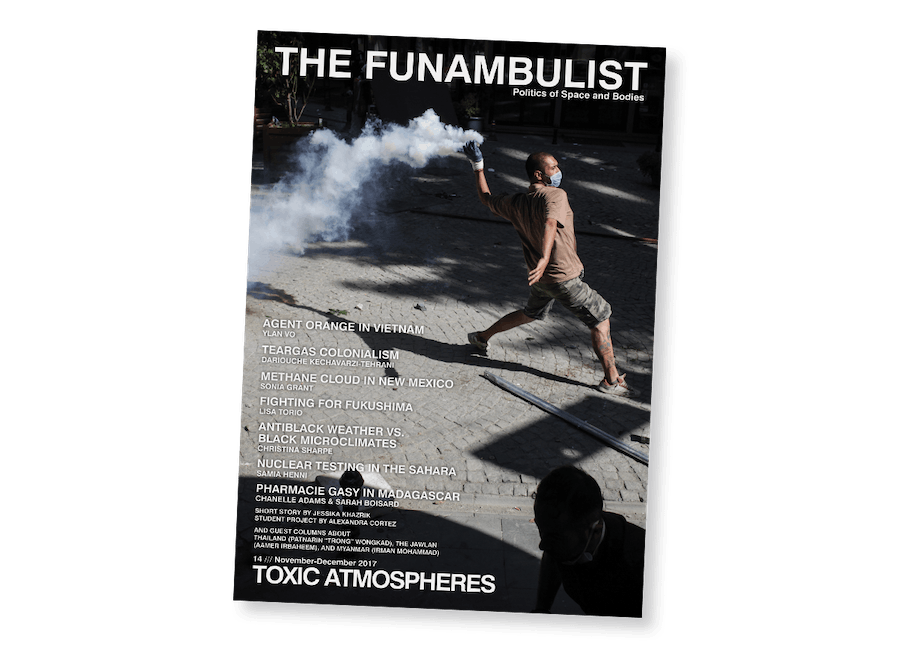 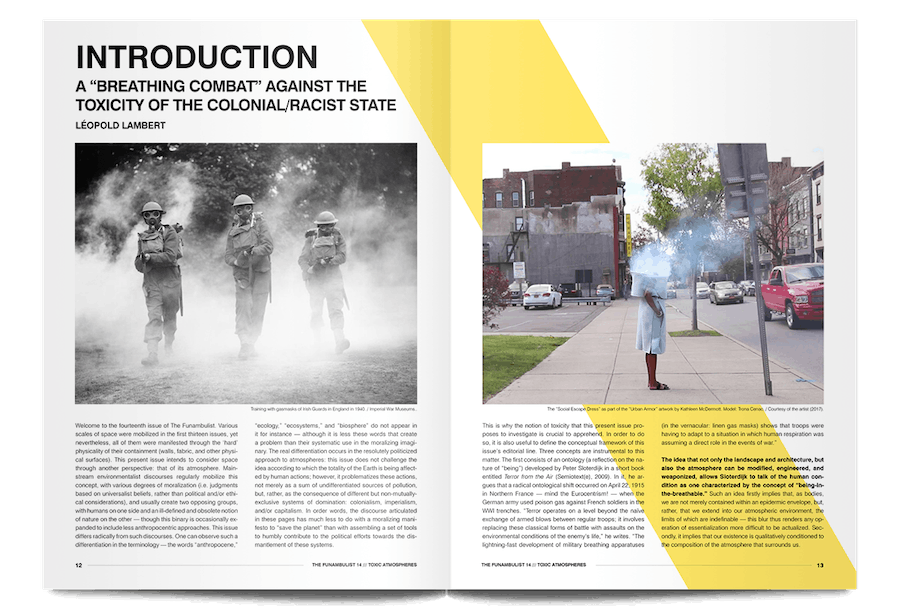 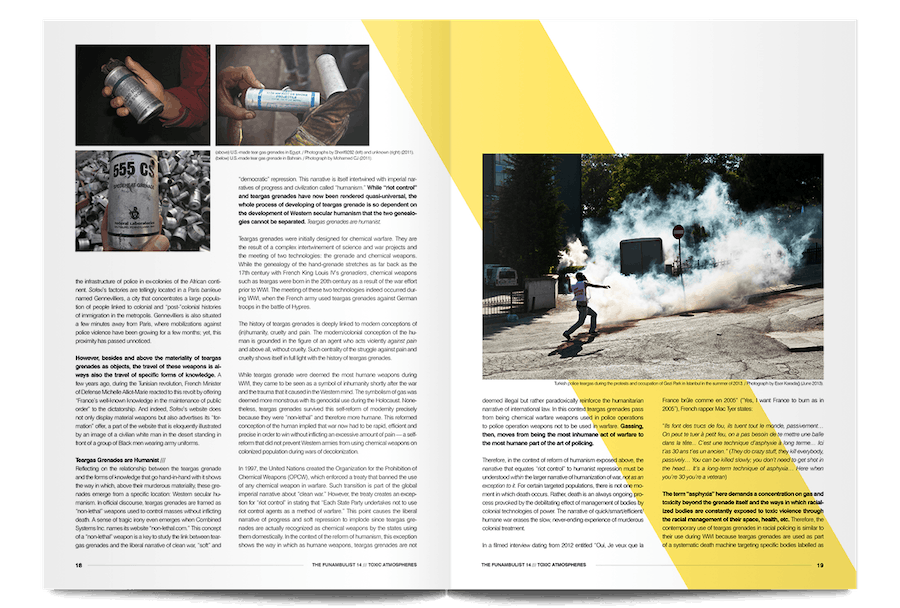 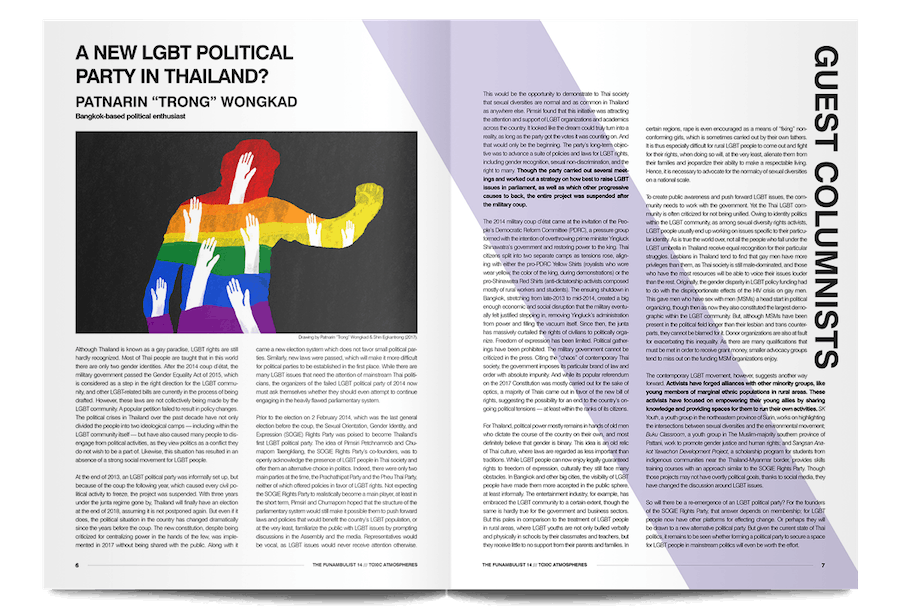 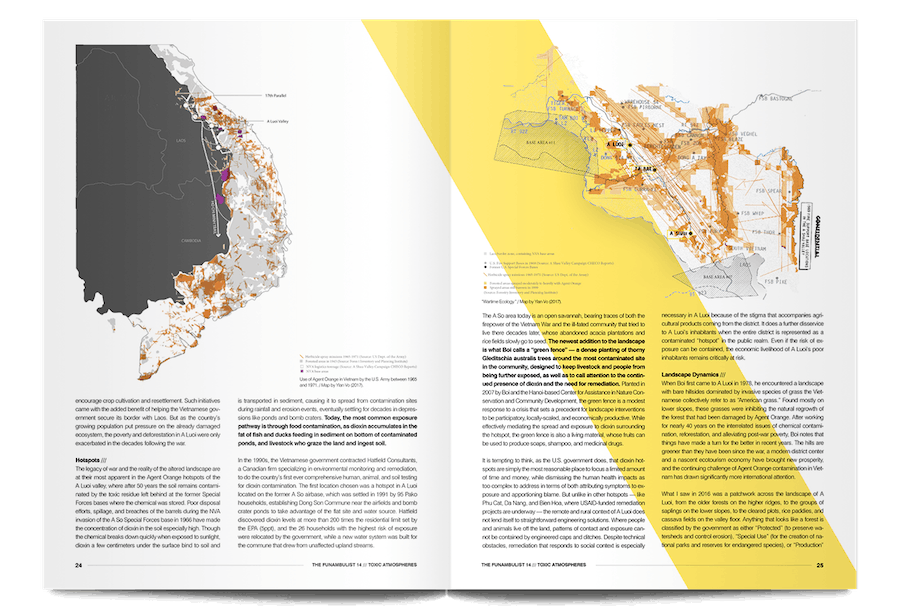 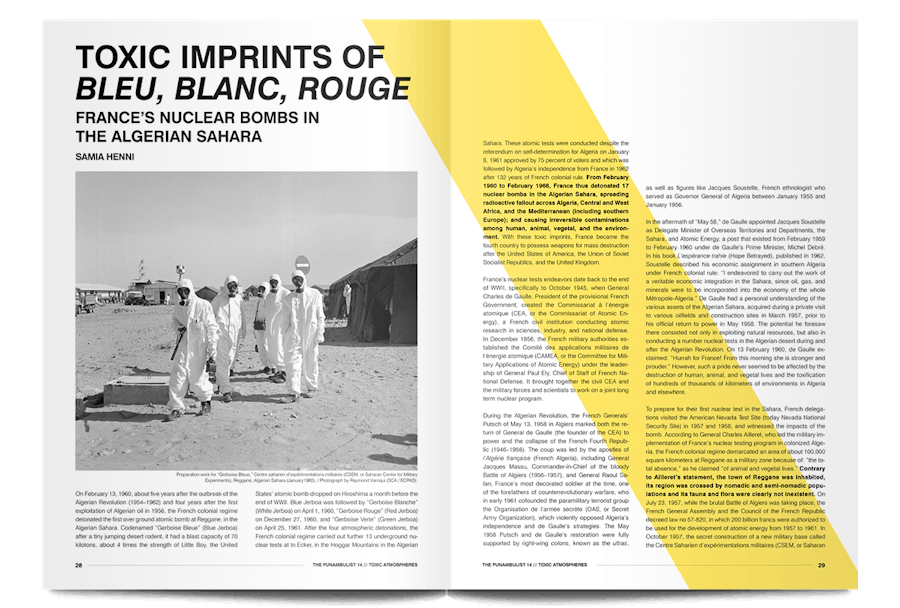 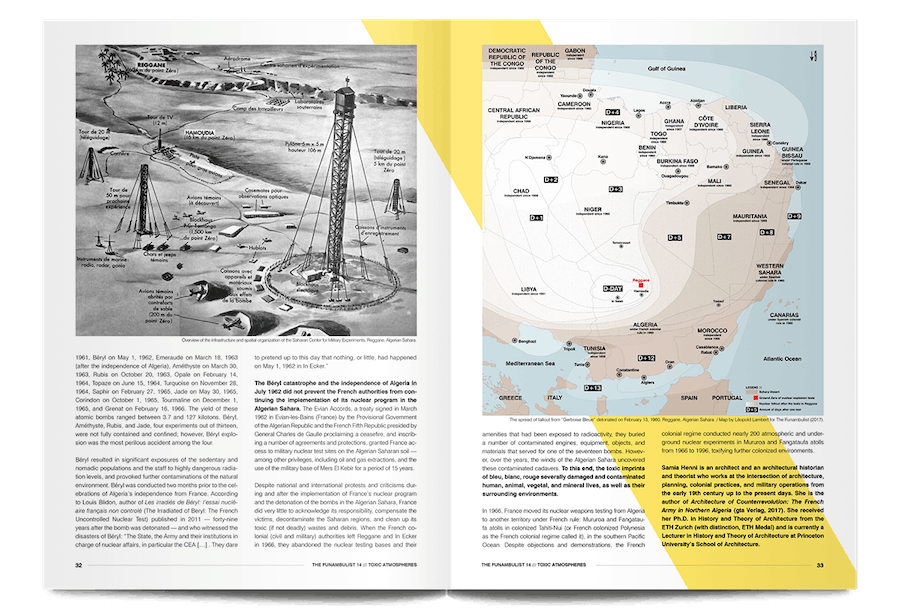 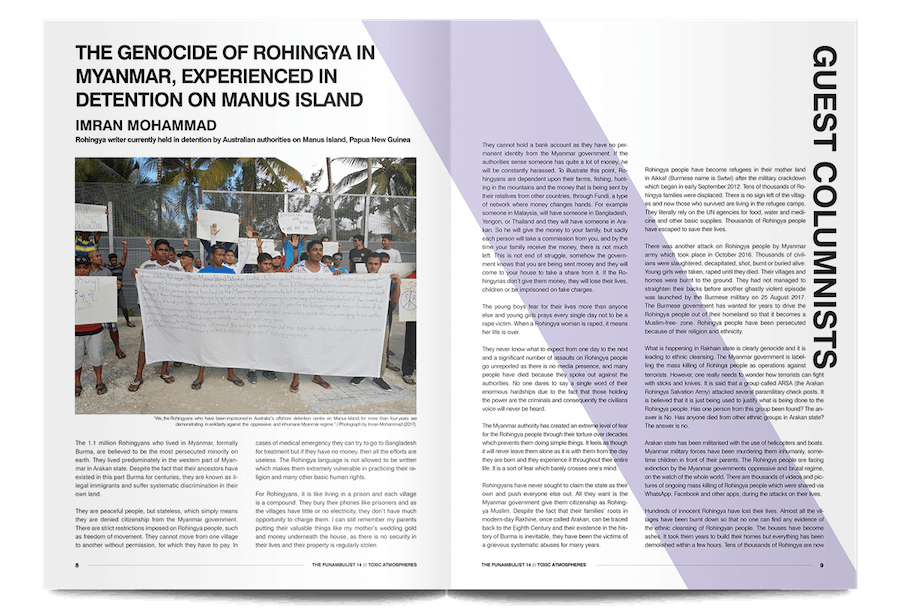 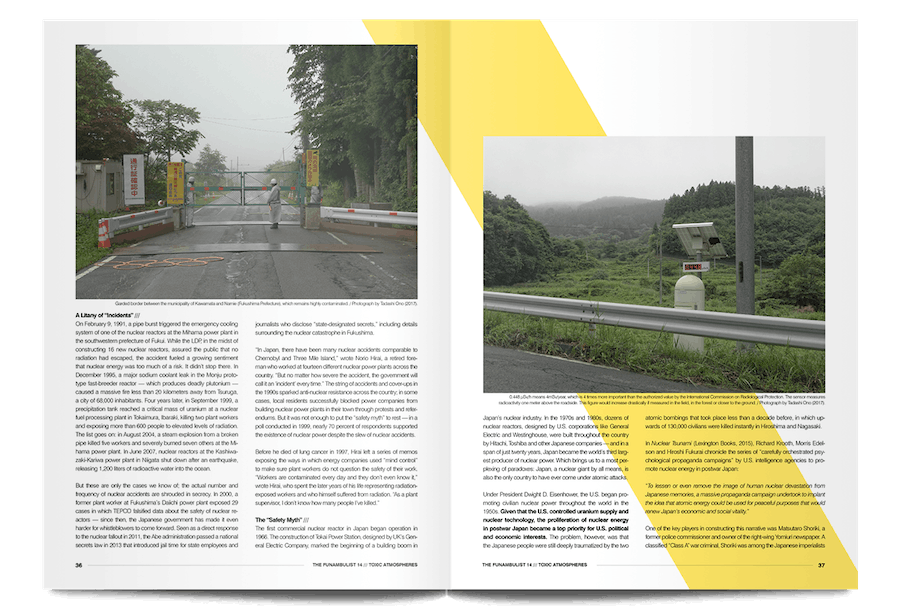 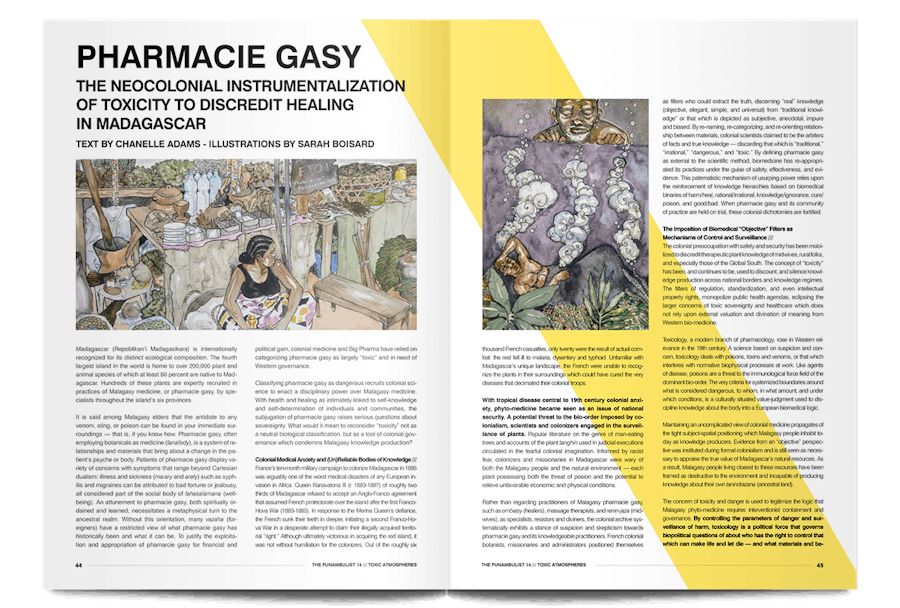 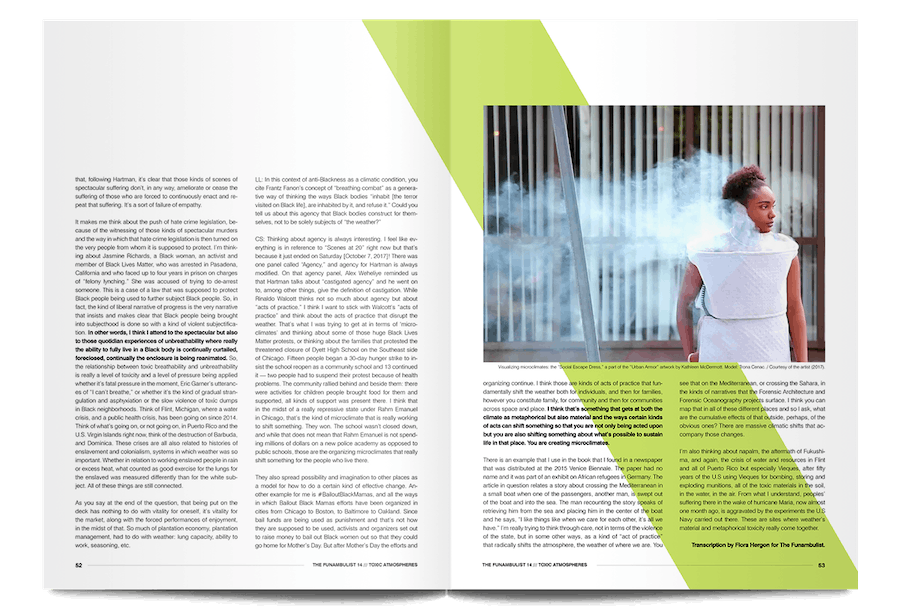 The Funambulist examines the politics of spaces and bodies. Editor Léopold Lambert comes from an architecture background, and the magazine explores a range of topics spanning design, history, the law and human rights.

Themed Toxic Atmospheres, this issue was published at the end of 2017 and it devotes itself to dissecting various colonial, imperial, and capitalist environments around the world, addressing communities like the Rohingya people in Myanmar and LGBT activists in Thailand.