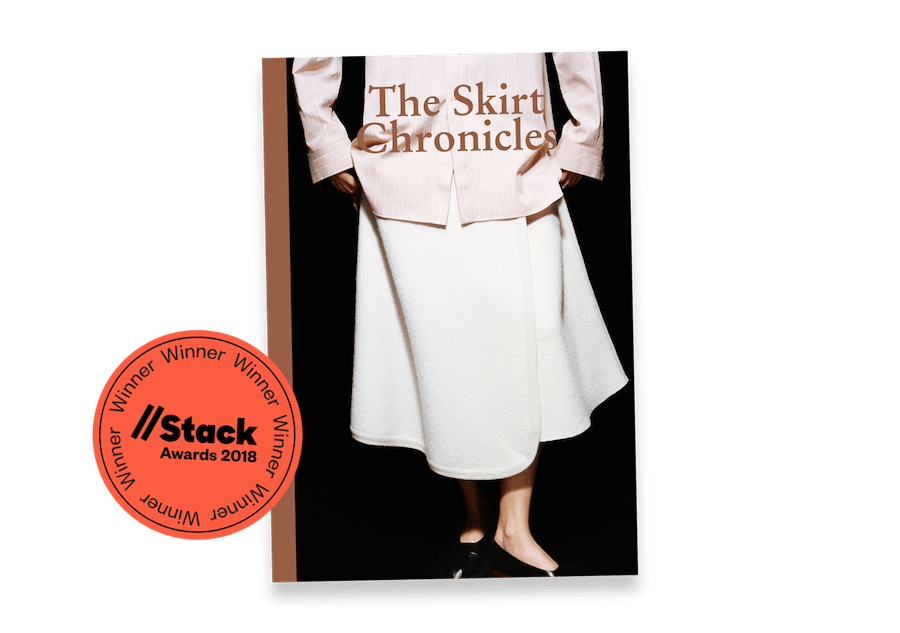 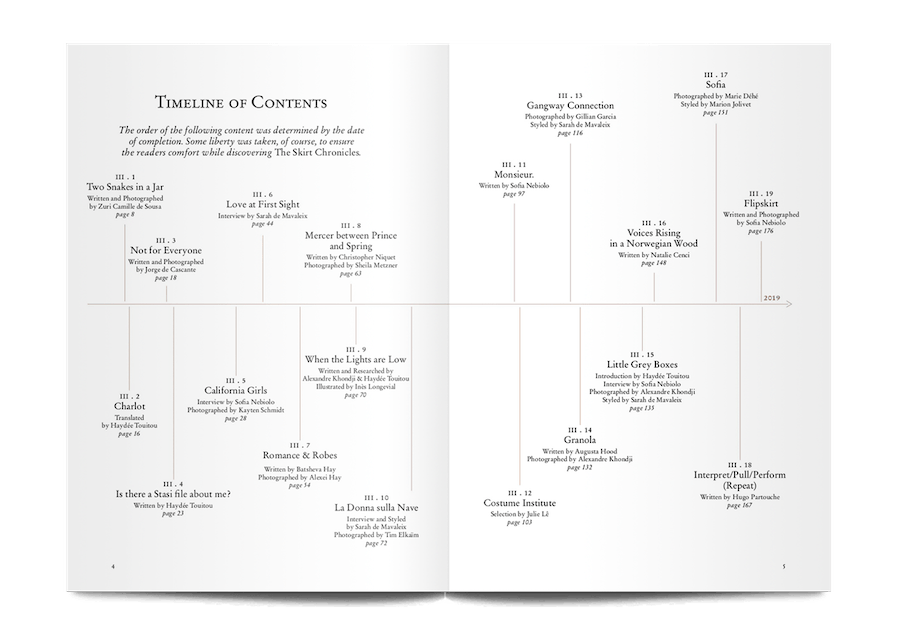 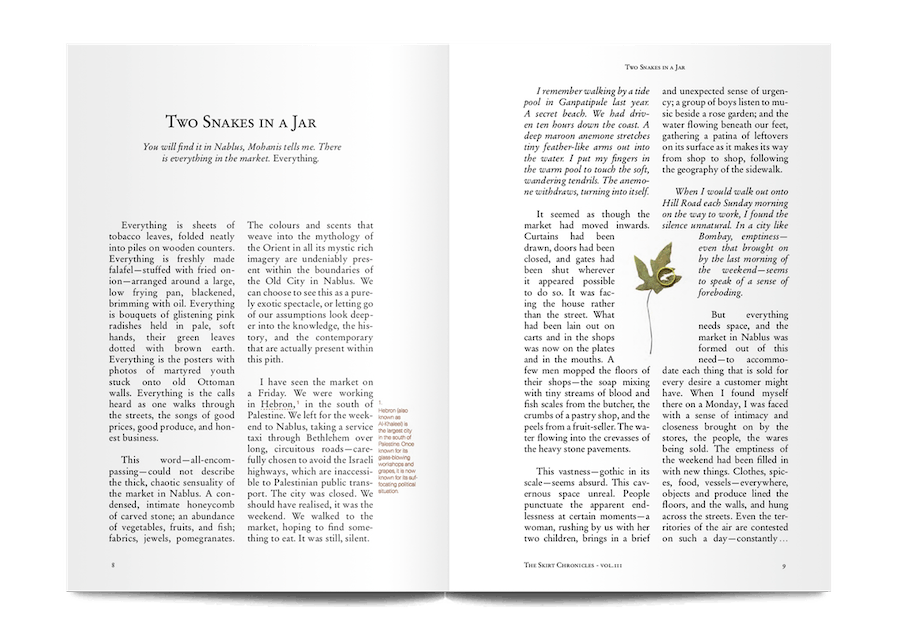 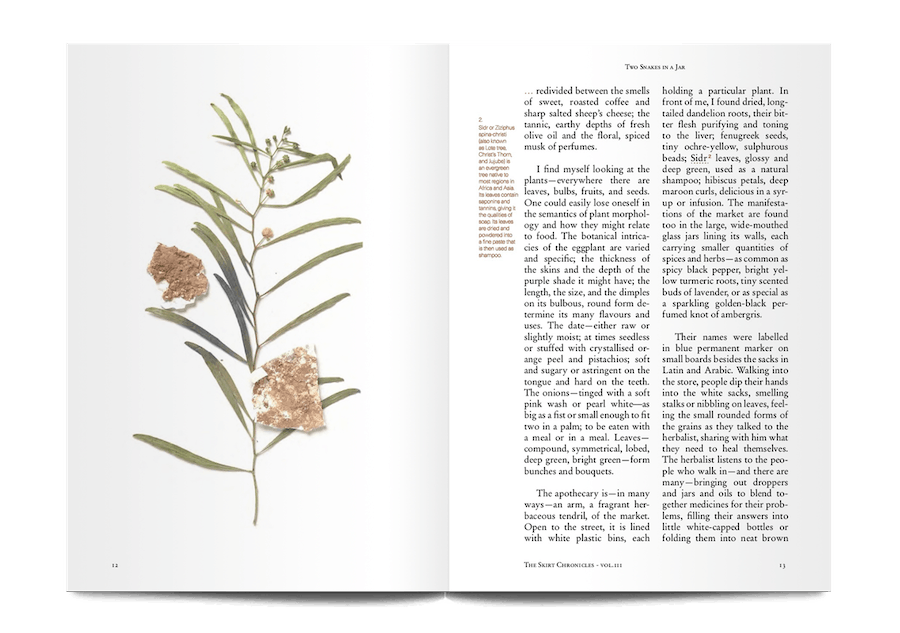 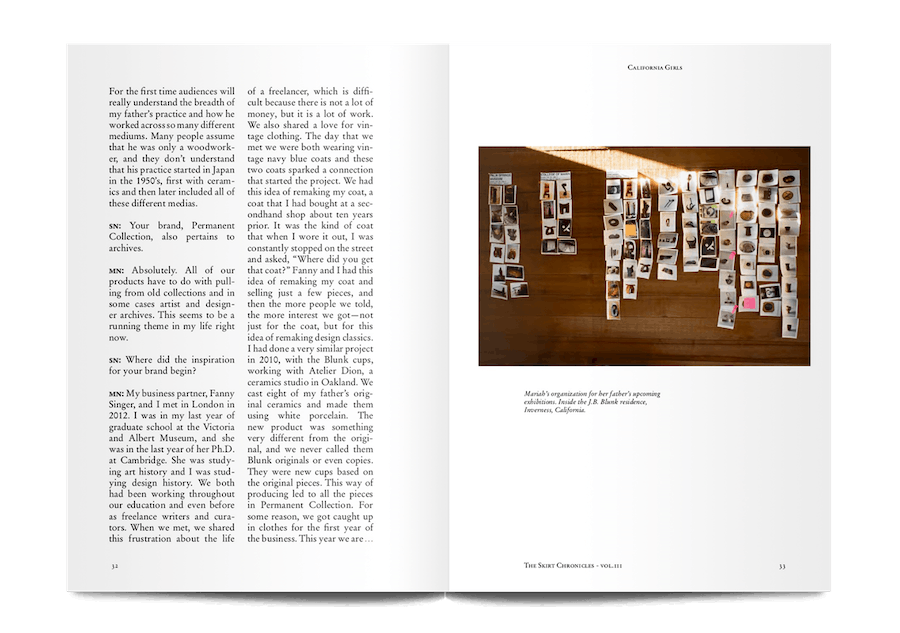 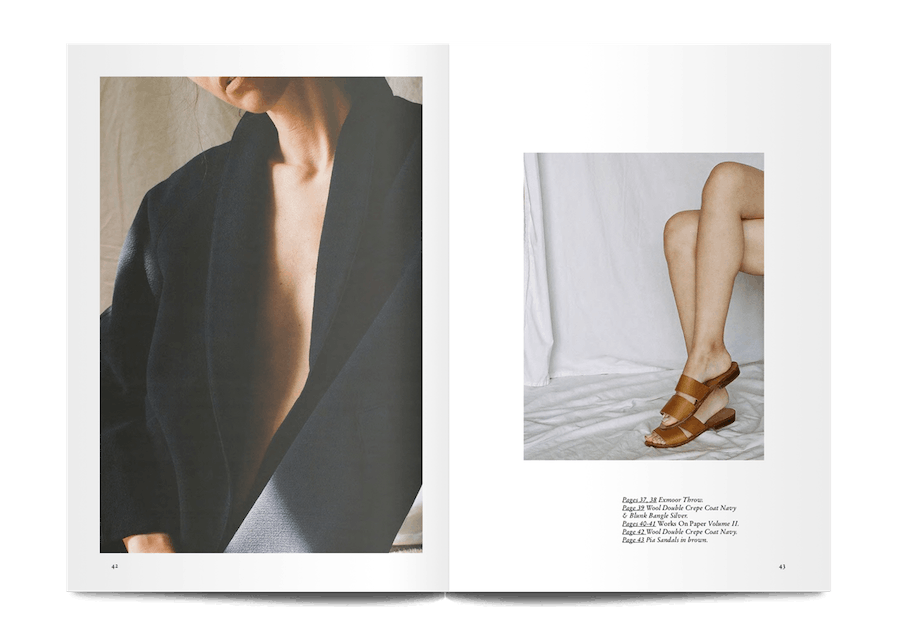 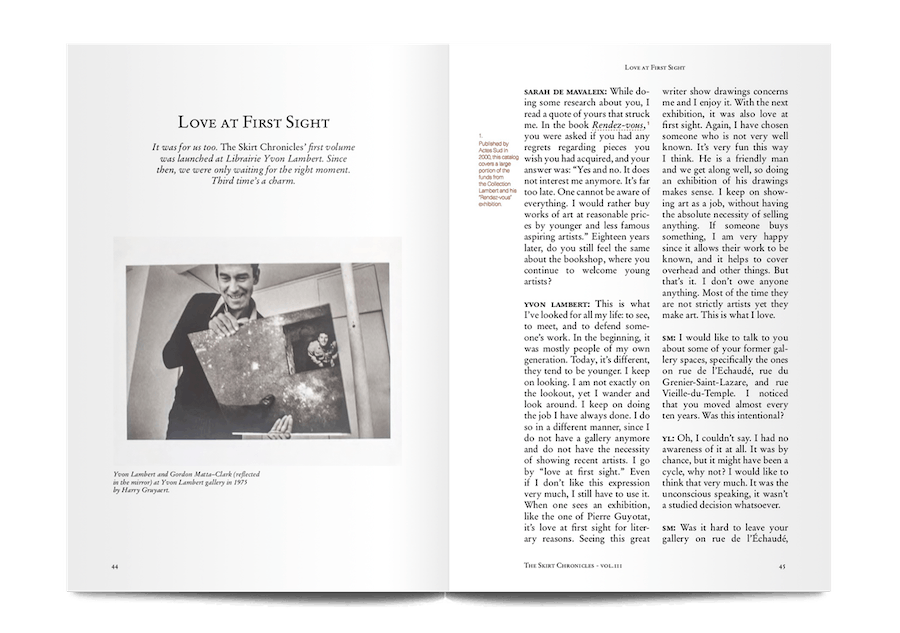 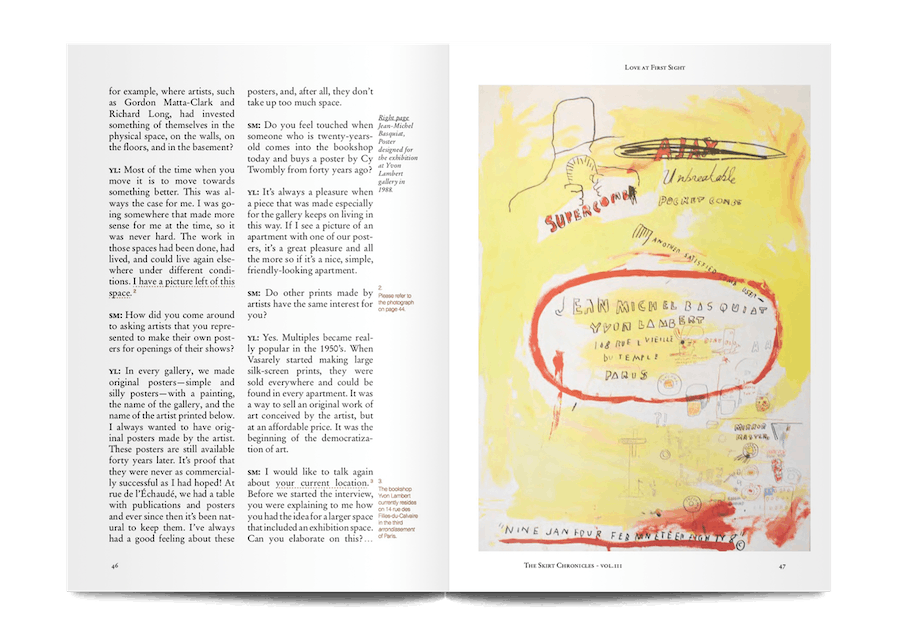 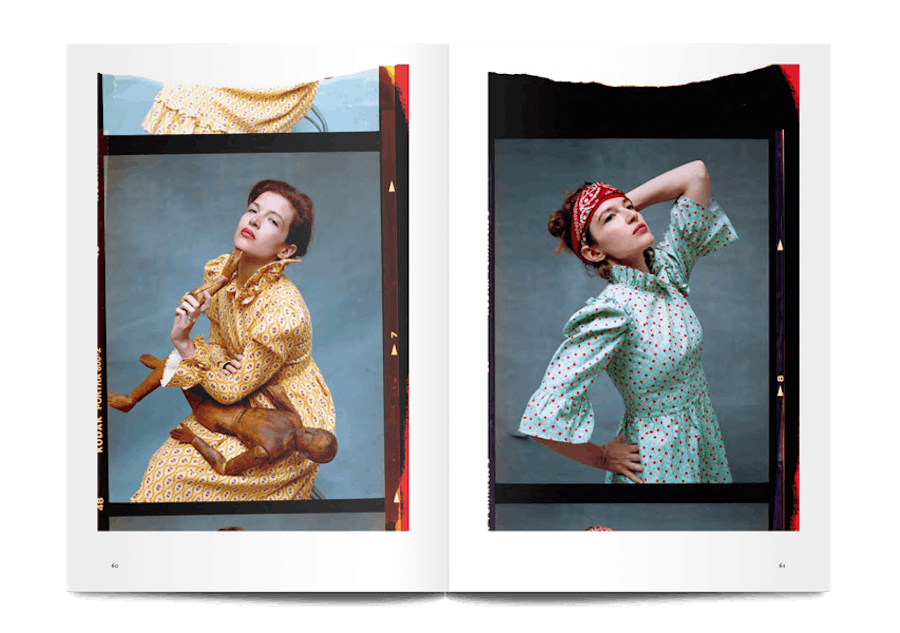 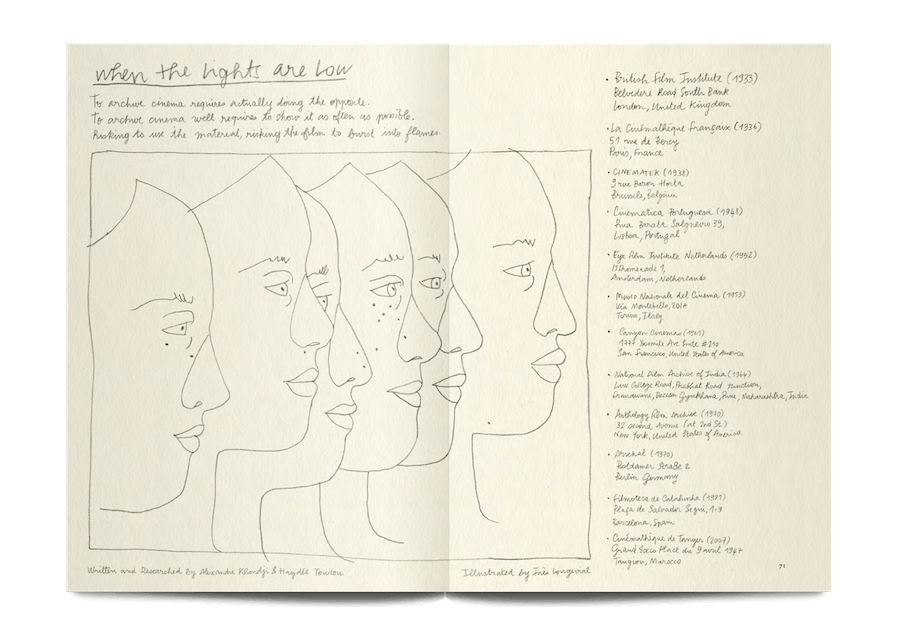 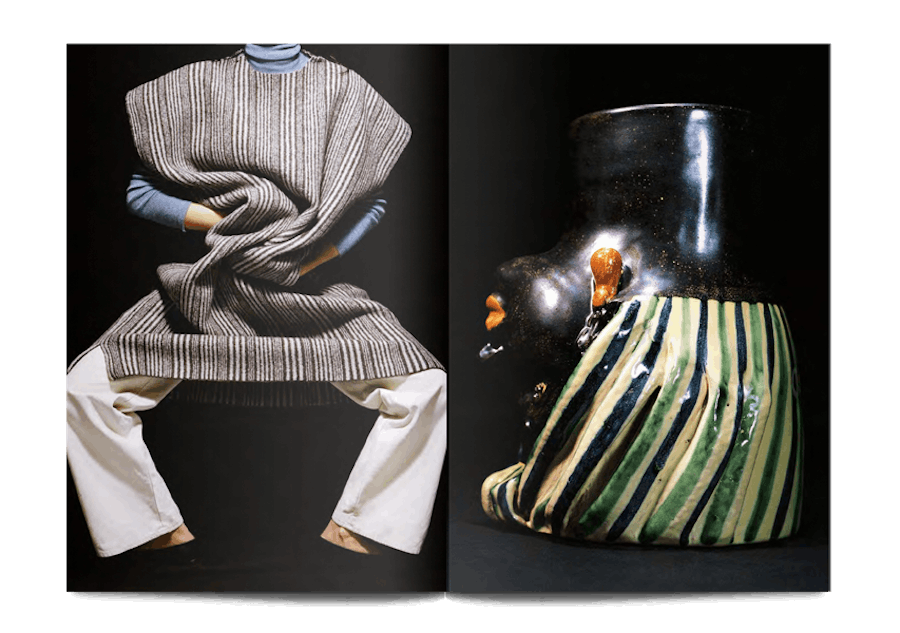 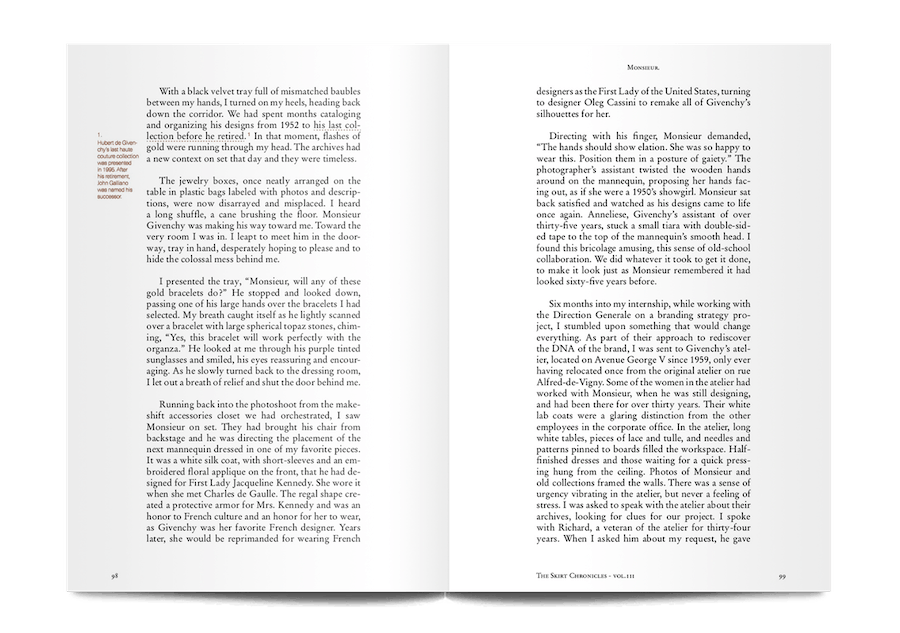 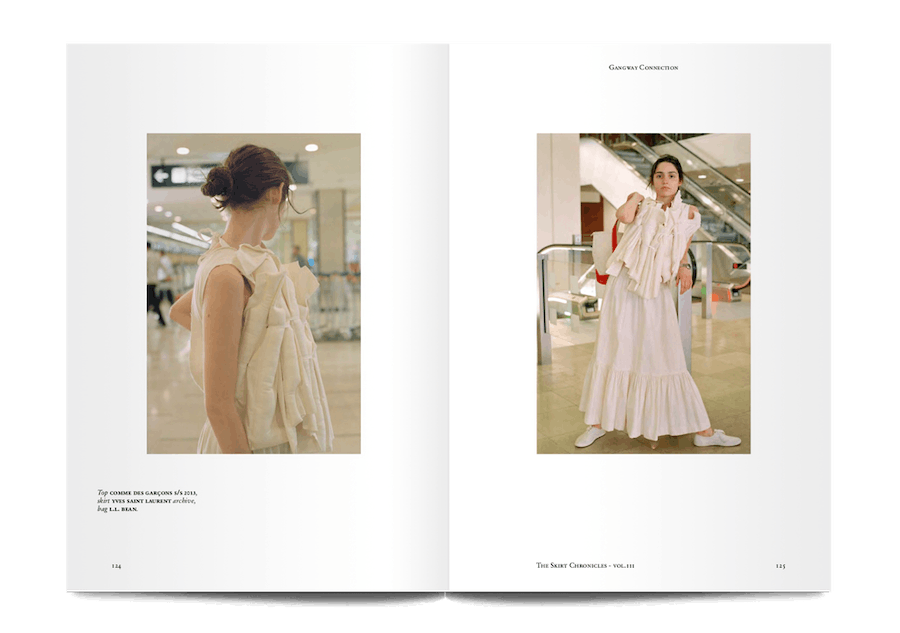 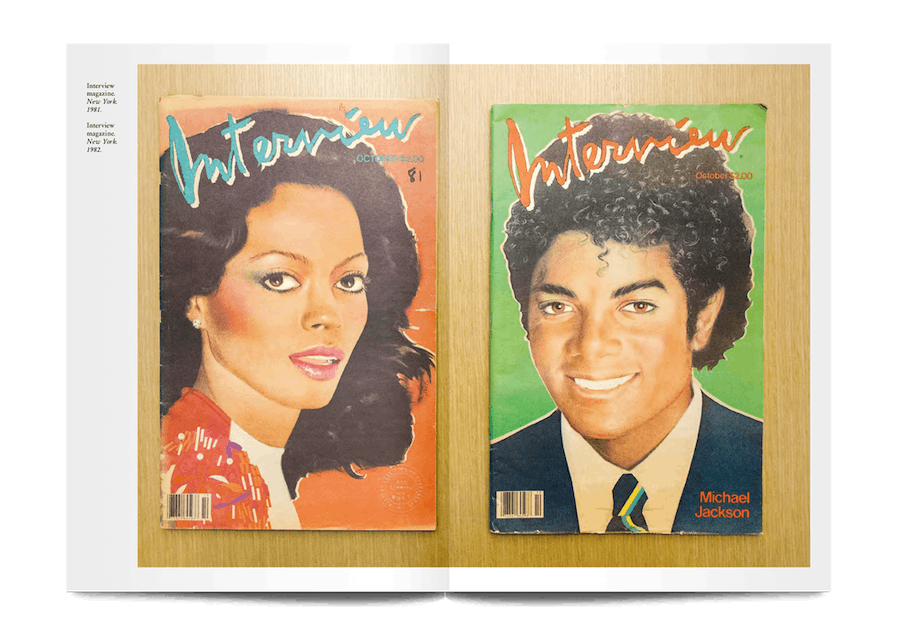 Founded in Paris by by Sarah de Mavaleix, Sofia Nebiolo and Haydée Touitou, The Skirt Chronicles was created as a collaborative platform with the ambition of creating a community which celebrates diverse cultures and generations. Founded by women and reflecting a feminine voice, the magazine nonetheless works to avoid ever excluding anyone from the conversations between its pages.

Organised chronologically, the content that appears in the magazine is determined by the date of completion. More of a principle than a rigid system — “Some liberty was taken … to ensure the reader’s comfort while discovering The Skirt Chronicles,” as its editors write — it is, most importantly, a title covering literature, fashion, politics and beyond, all from its own unique and recognisable perspective.