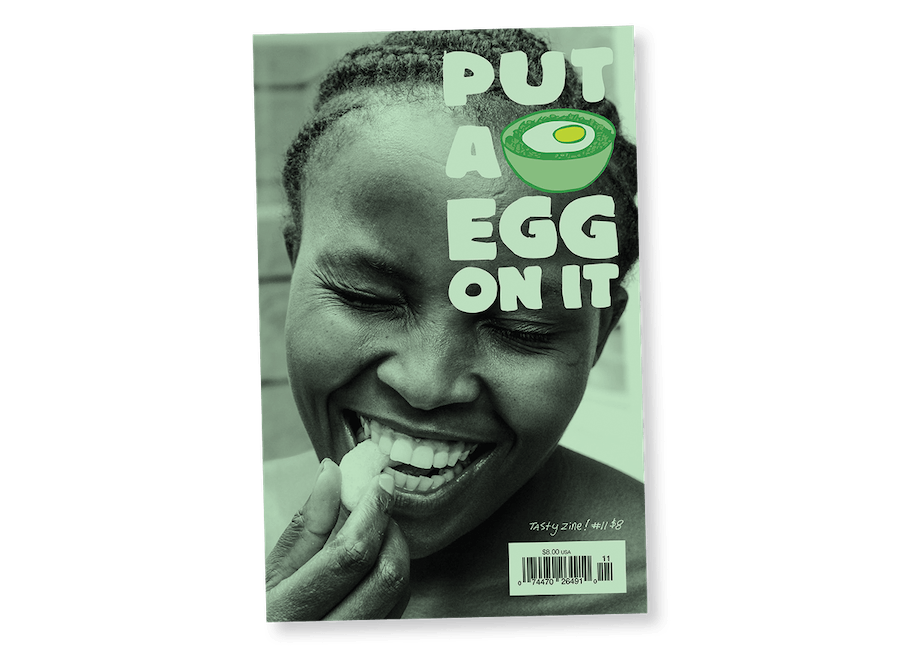 Put A Egg On It describes itself as the ‘tasty zine’, and its simple stapled spine and A5 format are reminders of its origins in 2008 as a true eight-page zine.

But the project has grown over the years, and these days it’s best described as a food magazine that’s about more than food. Yes, there are recipes (the coffee-chilli rub on page seven is definitely going to make an appearance in our kitchen) but there’s also some really exceptional writing in there. Ralph McGinnis, one of the magazine’s co-founders, sets out on a biographical food journey on page 22, and it’s one of the best things I’ve read in ages. Richly evocative and pleasingly elusive, Hunger Maps sweeps through a childhood in New Orleans and early adulthood in New York City with awakenings and discoveries all oriented around food. And that’s just the beginning – peppered through the rest of the magazine a host of other writers line up to tell their own food memoirs.

And since Put A Egg On It is smaller than most, it’s easily devoured – settle down somewhere comfortable and you’ll have read this one cover to cover in an hour.