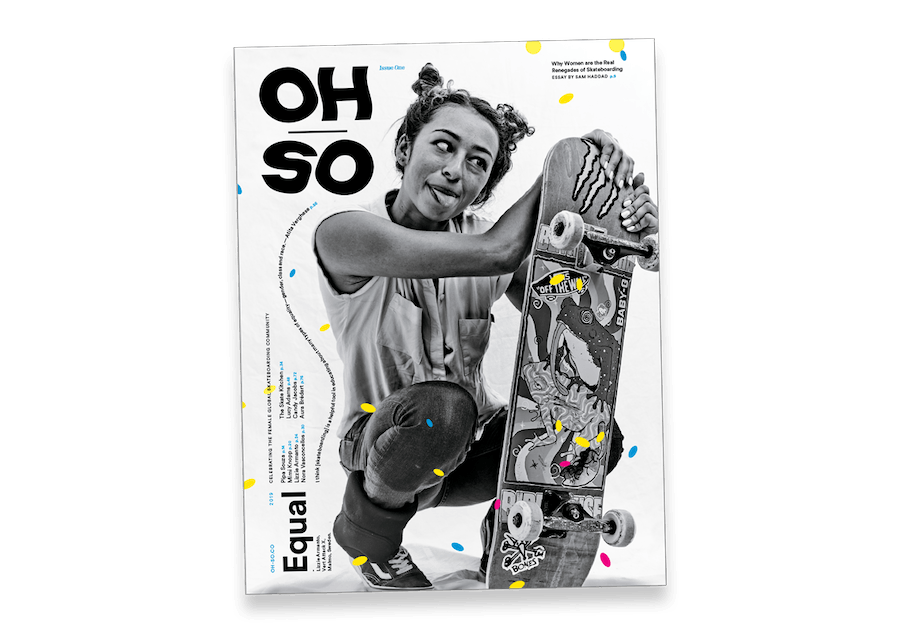 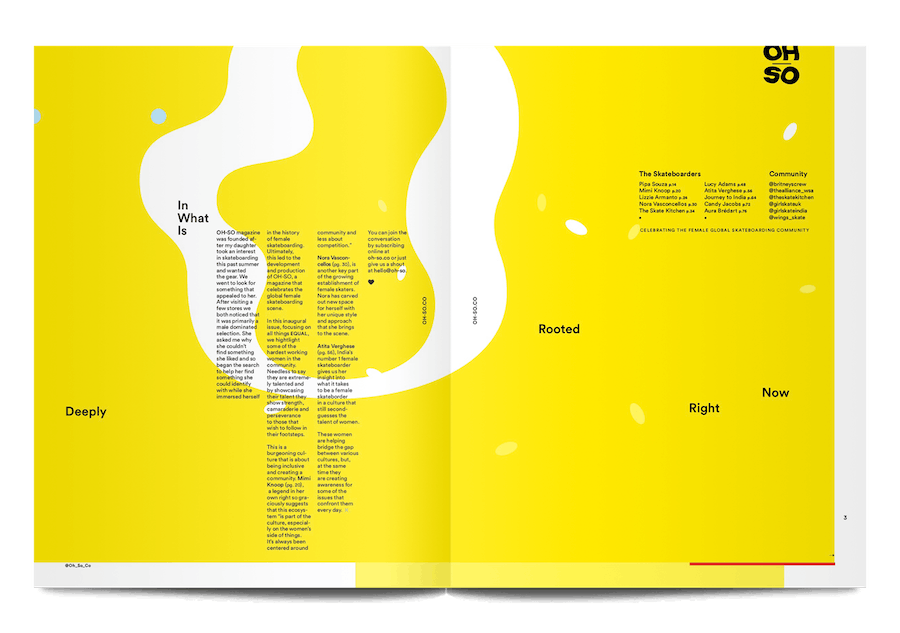 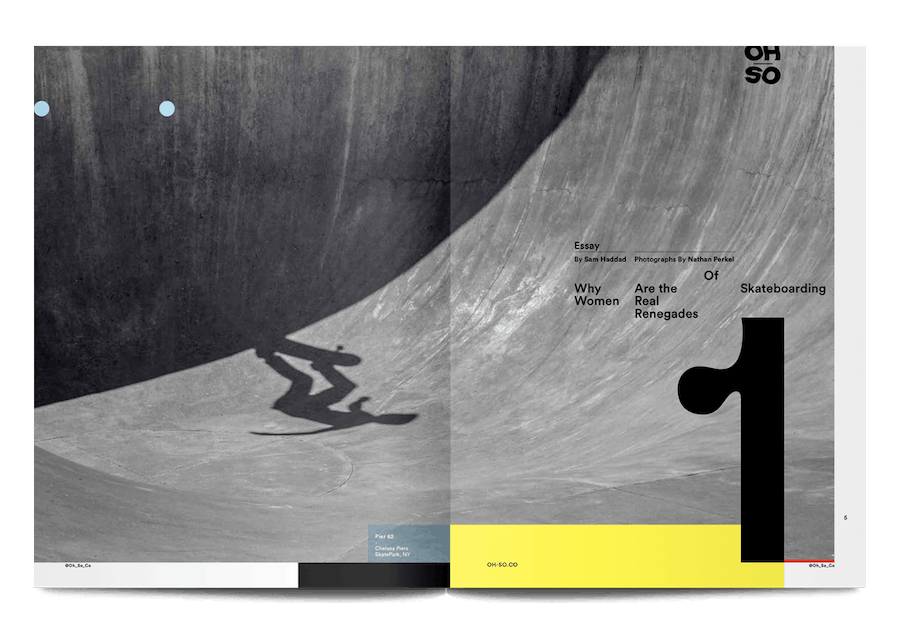 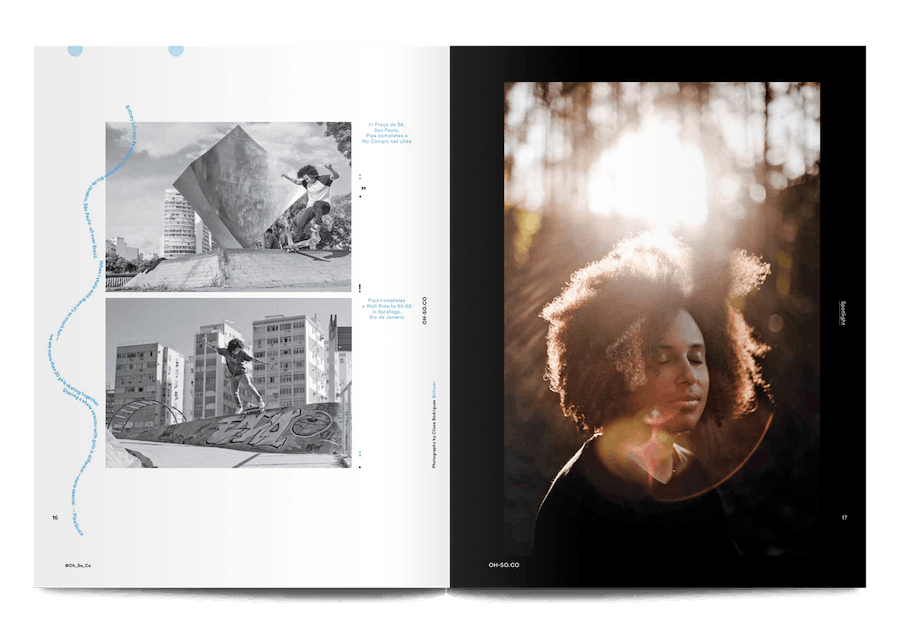 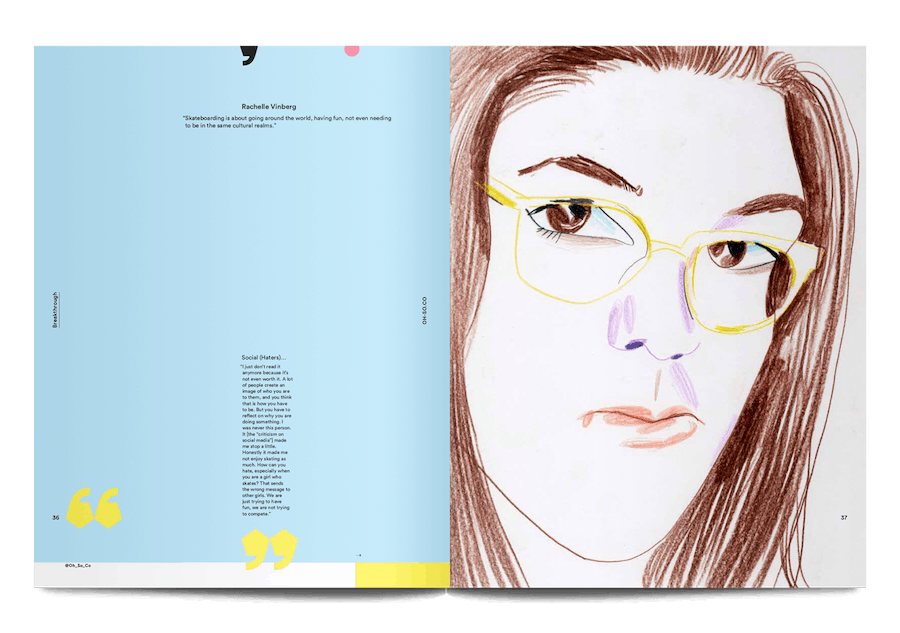 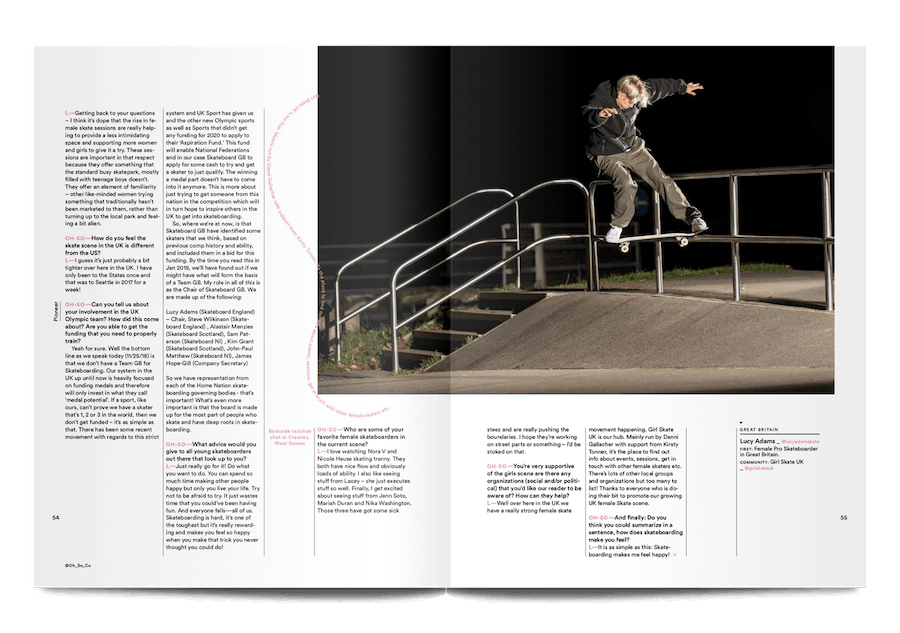 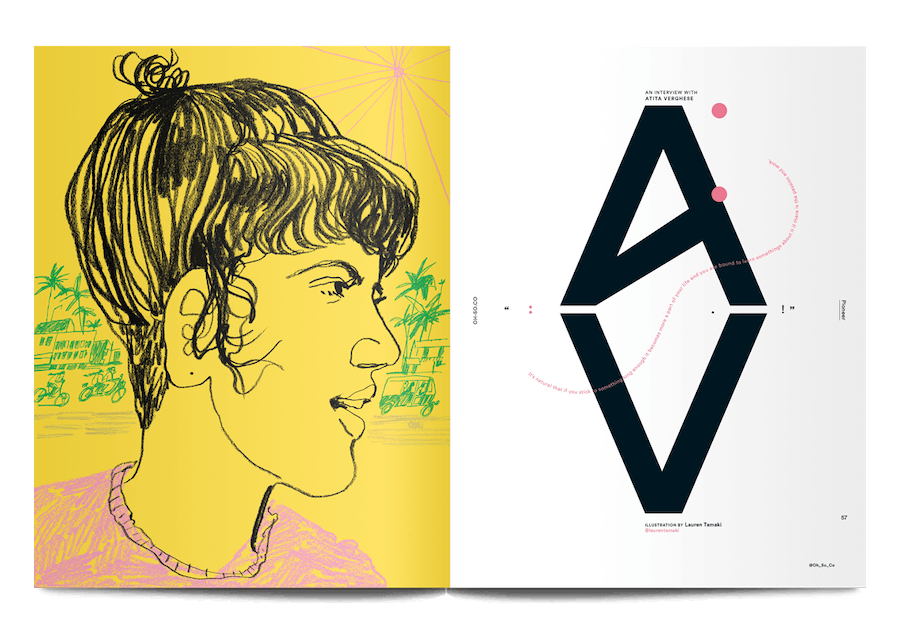 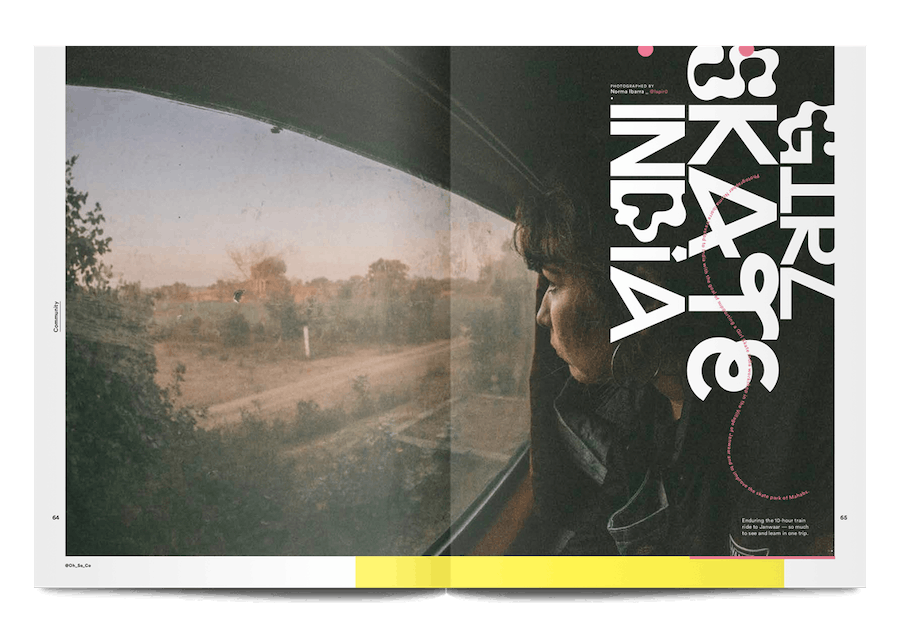 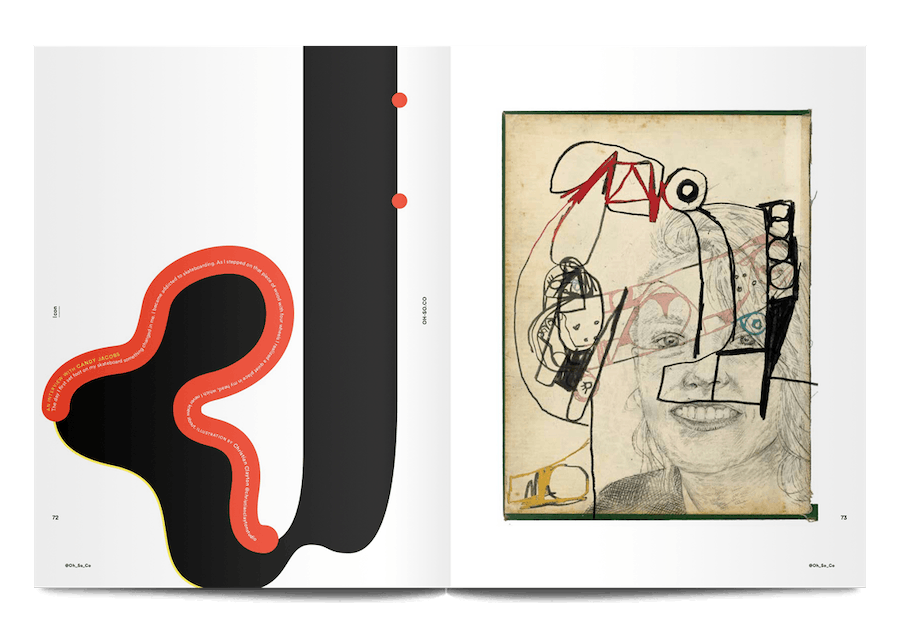 Oh-So magazine was created after founder Rob Hewitt’s daughter took an interest in skateboarding one summer. After struggling to find any gear that appealed to her, Rob set out on a mission to find something that she could identify with, while she immersed herself in the history of female skateboarding. Ultimately, this led to the development of a magazine that celebrates the stories behind the global female skateboarding scene.

This first issue goes behind-the-scenes to get a first person perspective from women who are contributing to the growth in the global skateboarding community, with a nod to those who paved the way.