Hip-hop royalties on the covers of Brick magazine 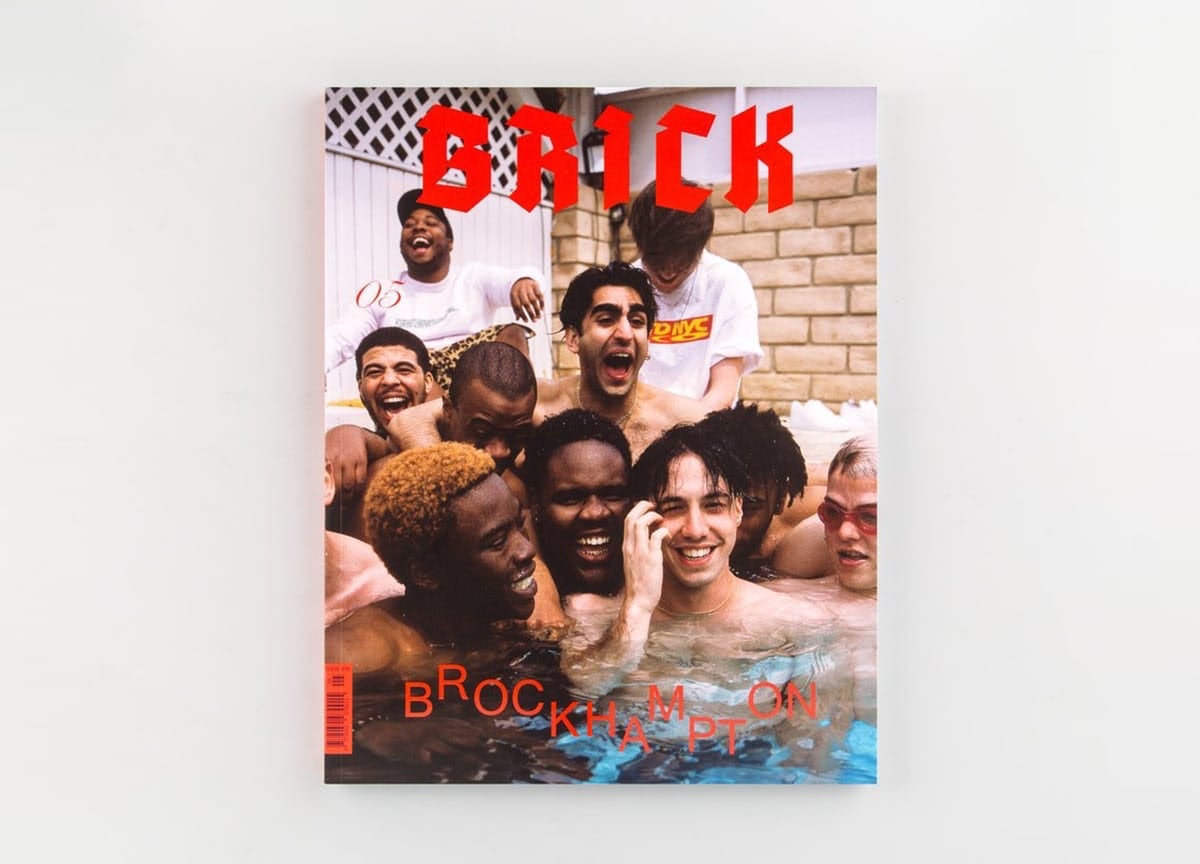 With its potent gothic logotype and flawless set design, seeing Brick magazine’s quadruple covers is like being whacked over the head. Weighing at a full kilo (hence the name), the fifth edition of the music and lifestyle magazine takes a scrupulous and discerning look at the new age of hip-hop. From underwater portraits of Brockhampton to a close-up conversation with Kali Uchis, it shows a side to the MVPs of rap you don’t normally see.

To find out more about their gold-dusted covers, I got in touch with founder Hayley Louisa Brown and editorial director Sam Butler for a behind the scenes look at each of the four versions. 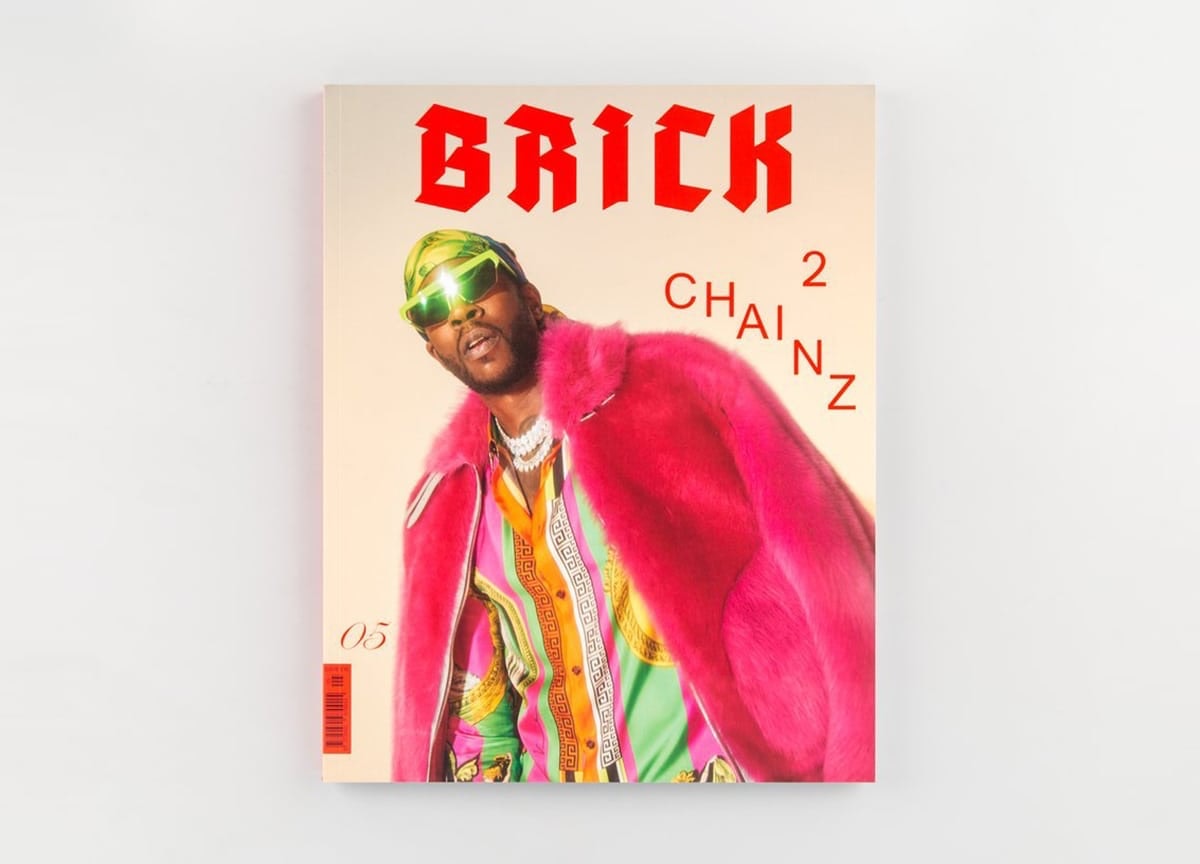 Who’s on this cover? 2 Chainz.
Where was it shot? The amazing Edge Studios out in Los Angeles.
What is he wearing? A Versace shirt and headscarf, plus a hot pink Pigalle jacket and GCDS sunglasses. Soki Mak styled him for this cover, and she curated such a special wardrobe for the day.
A quote from the interview? Sam: Our contributing editor, Amaury Lateef Avalos, asked 2 Chainz how he manages to stay at the peak of his creative powers and continues to innovate after two decades of making music. In his answer, Chainz said “I’m still a student of the game. I’m still excited about the climate of hip-hop. And I’m not content. I’m always trying to one-up myself, better myself.” It’s a quote that stood out to me, and is equally as true to our approach for putting the magazine together – we’re always trying to outdo ourselves from one issue to the next. 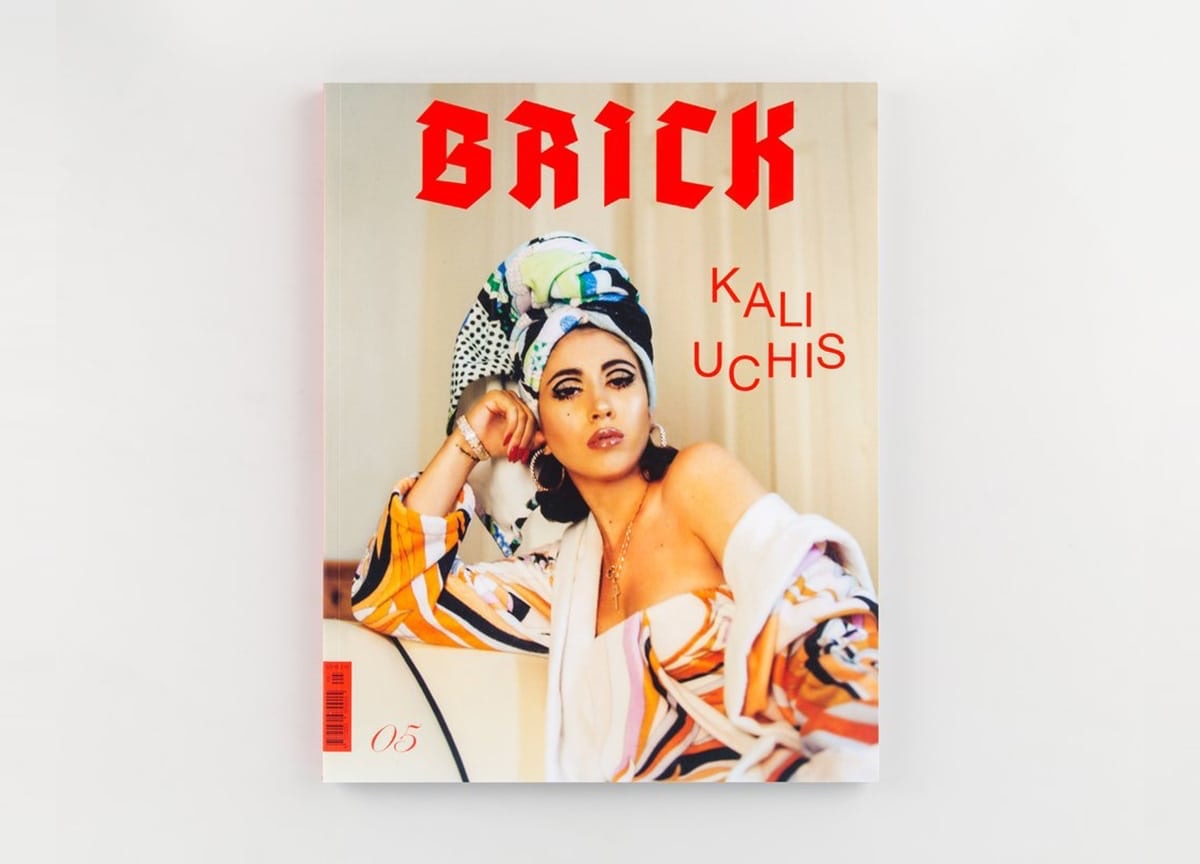 Who’s on this cover? Kali Uchis.
Where was it shot? We hired an extravagant location house in Chelsea, London, to emphasise the effortless glamour that she embodies.
What was the inspiration behind the set design? Hayley: I actually shot the Kali Uchis cover, and had been wanting to photograph her for years so I had a very clear idea in my mind of how I wanted this shoot to look. Kali has this super glamorous energy, she always looks so flawless and put together, so I wanted to lean into that – but also give her an Elvira Hancock ‘mob wife’ edge. We hired a beautiful house in London and went as opulent as possible.
What is she wearing? Our fashion editor, Kyanisha Morgan, pulled some incredible pieces for the shoot that worked perfectly. On this cover, Kali is wearing a Pucci towel dress and matching hat. My favourite piece from the shoot is an emerald green Mulberry suit, which she’s wearing whilst sitting underneath a huge chandelier.

Who’s on this cover? Brockhampton.
What’s going on here? Sam: This shot was taken pretty soon after the boys jumped in the pool for the first time. We had been told that the pool was heated, but it obviously wasn’t heated enough – it was still pretty freezing in there. They toughed it out though, and we ended up with some of our favourite shots we’ve ever published.
Where was it shot? A backyard pool in the LA Valley.
What was the inspiration behind the set design? The idea to shoot Brockhampton in a pool came from the photographer, Nico Young. He sent over a wealth of amazing references, and we’re so pleased we were able to find a location to bring his vision to life.
What are they wearing? Brockhampton were styled by Billy Walsh, who completely understood the boys’ individual styles and worked with them all to create some looks that combined their own clothes with some select pieces from brands such as Martine Rose, 424 on Fairfax and Mr. Completely. 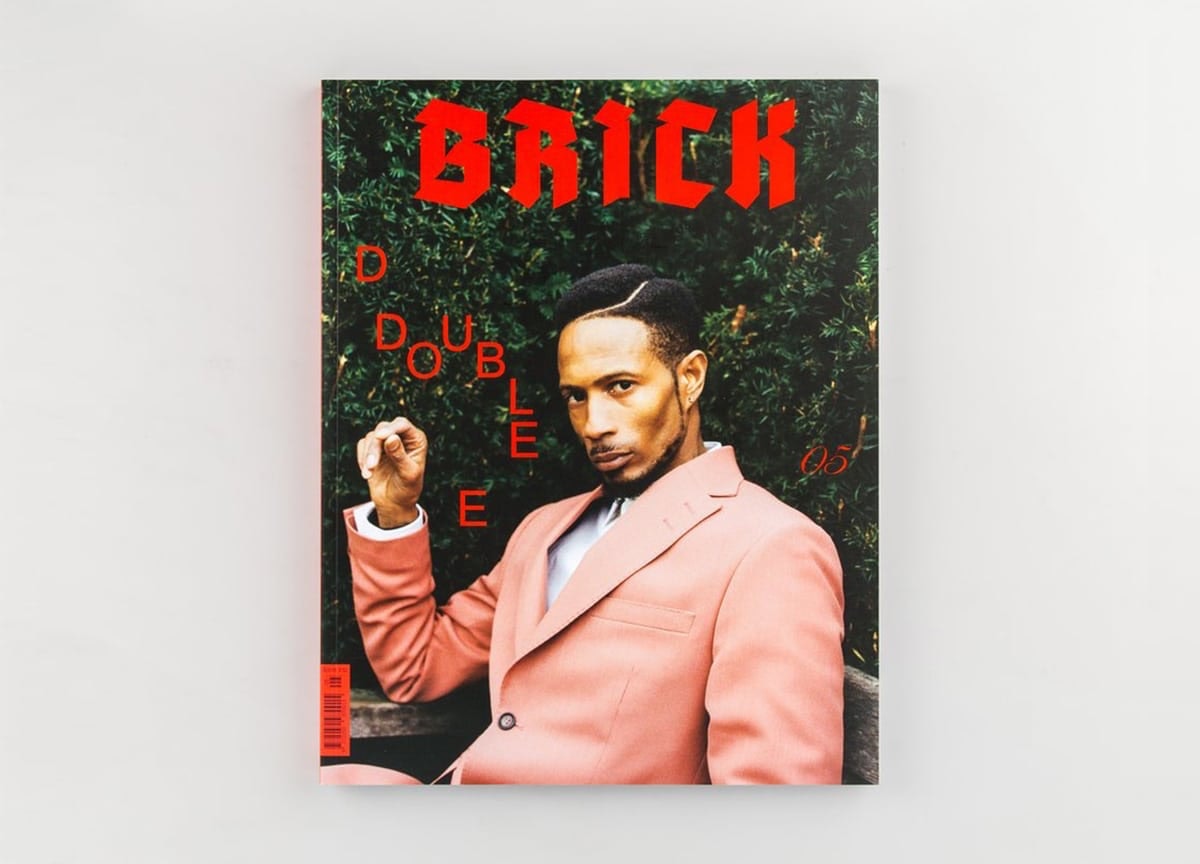 Who’s on this cover? D Double E
Where was it shot? London
What is he wearing? A pink Tiger of Sweden suit jacket – both of which were styled by Kyanisha.