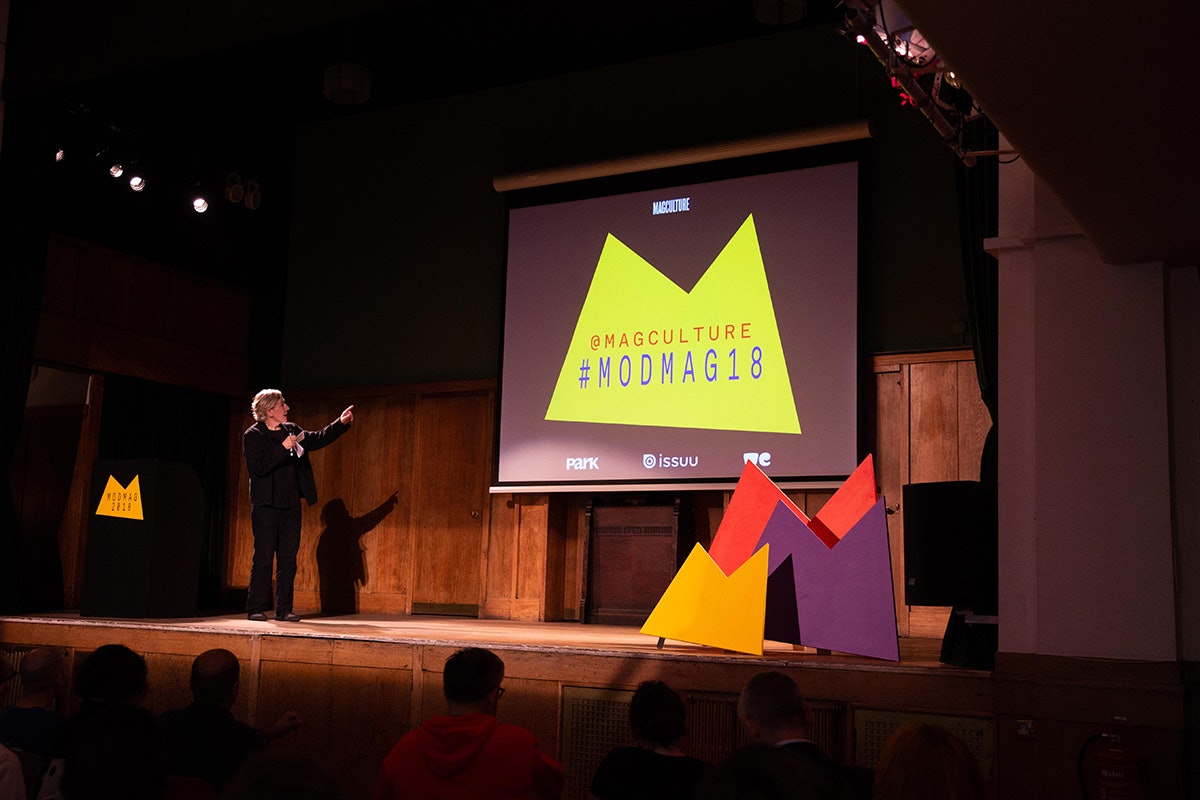 ModMag London has become something of an institution over the last six years. Organised by Jeremy and the team at magCulture, it brings together some of the most interesting and diverse voices in publishing — from the upper echelons to the early stages of DIY success — for a day-long conference that offers a rare insight into the workings of the magazine world across its many levels.

Topics of discussion are disparate, too: “How do you make a football magazine that isn’t just for the dads?” and “How do you go about making a political broadsheet newspaper in 2018?” both featured as standout talks of the day, from Mundial’s Dan Sandison and Good Trouble’s Rod Stanley, respectively.

But, in all of this — a conference with talks by everyone from the creative director of National Geographic to the editor of witchcraft magazine Sabat — there’s the need for a unifying theme: Something, other than a love for printed matter, that ties all of these conversations together. What links a panel discussion on the evolution of magazine covers, for example, to a 10-minute digression into the importance of fonts? 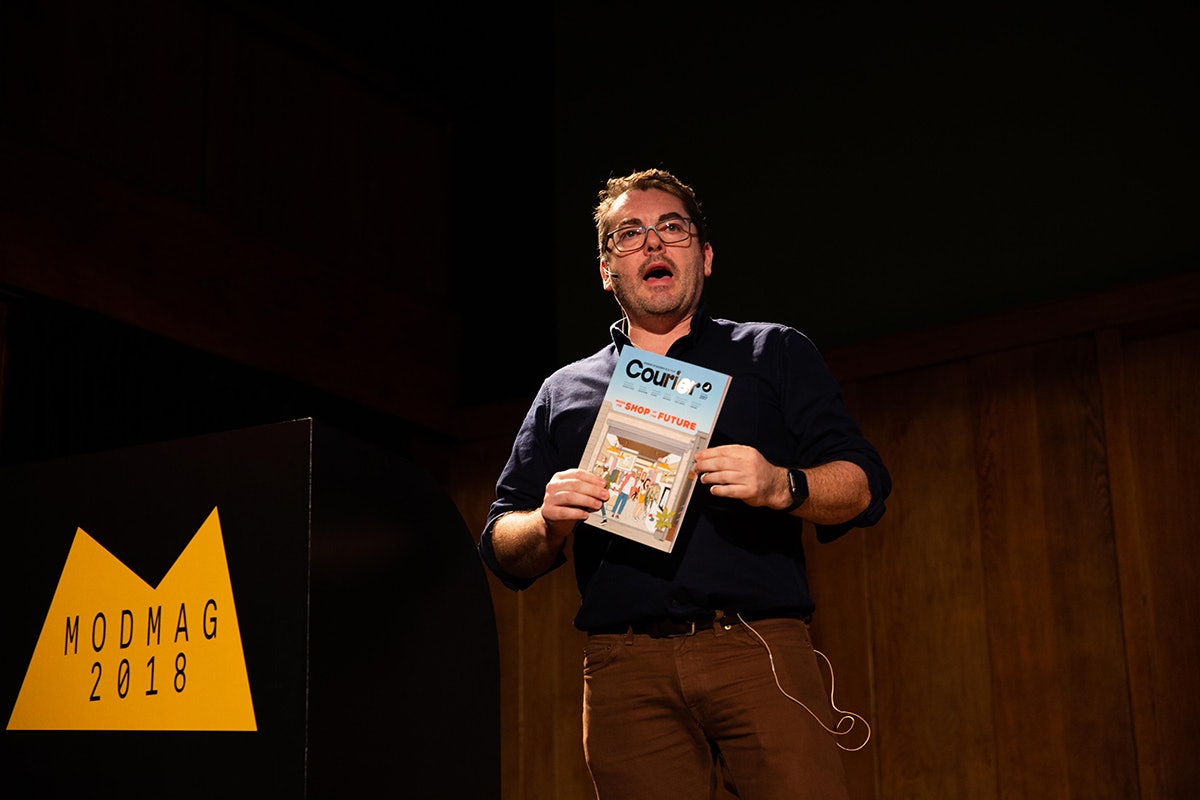 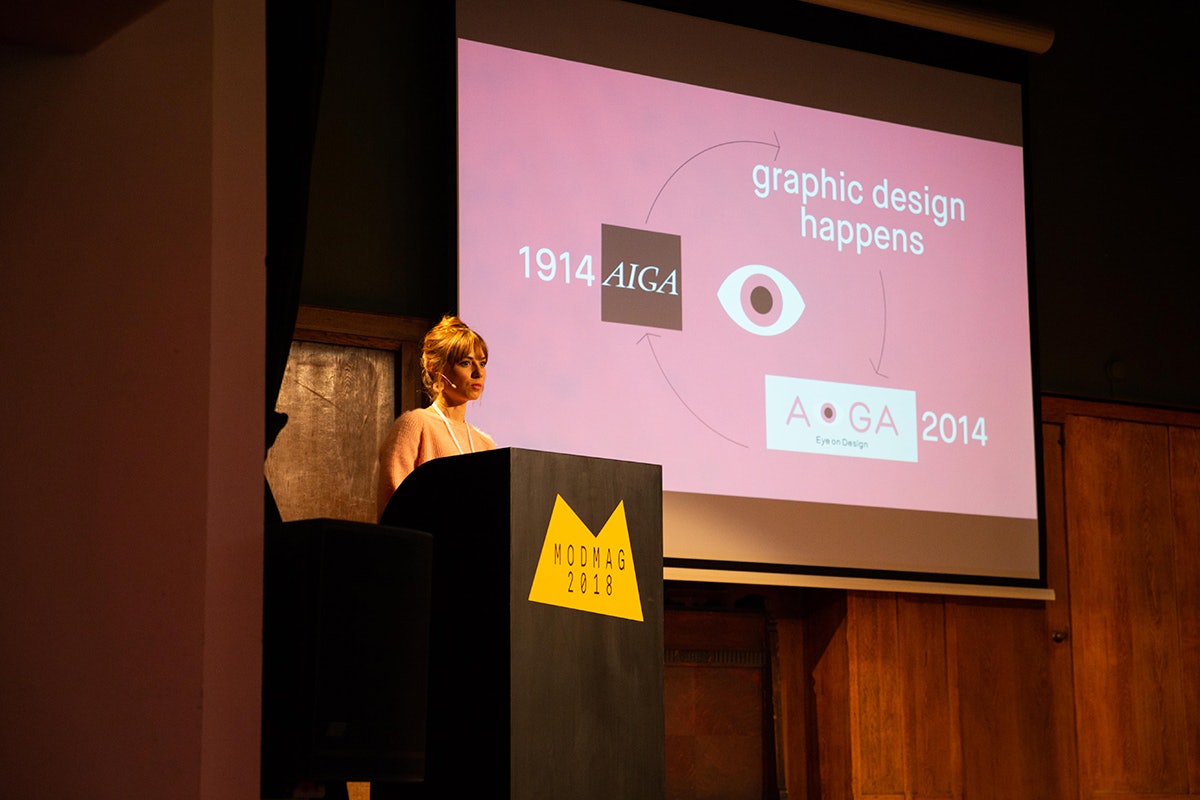 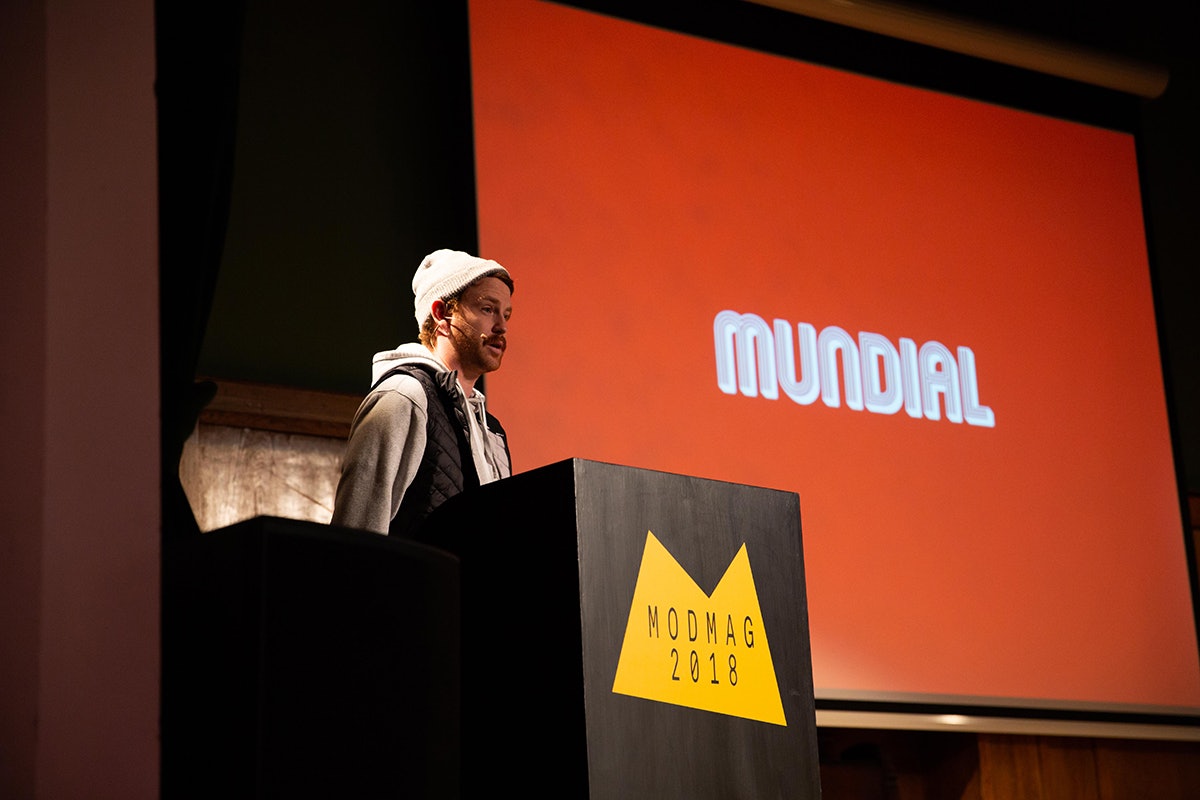 The answer this time around was the idea of process and transformation. Of taking something small, some kernel of an idea, and making it into something more: football, design, witchcraft — whatever that might be. It seems that more or less every speaker, no matter the size of their magazine or the length of their career to date, was there to speak less about what they produce and more about how they got here.

Early in the day, for example, Jeff Taylor of Courier magazine explained that — realistically — it’s just not enough to have a passion for something and assume that other people will automatically be wowed into picking up your magazine. In his example it’s not enough to just care about socks: you have to think of a way to market that fervour for footwear as something more, both as a business for people to buy into financially and as something for people to invest in personally.

For her presentation Eye On Design’s Perrin Drumm talked us through the journey from blog post to full-scale print publication, the complexities of that move, and the misconceptions of a print vs. digital environment. Emphasising the mission of the magazine rather than its commercial impact, she concluded that publishing is, after all, a collaborative effort and working together toward creating something bigger should always be the spirit of the magazine world. 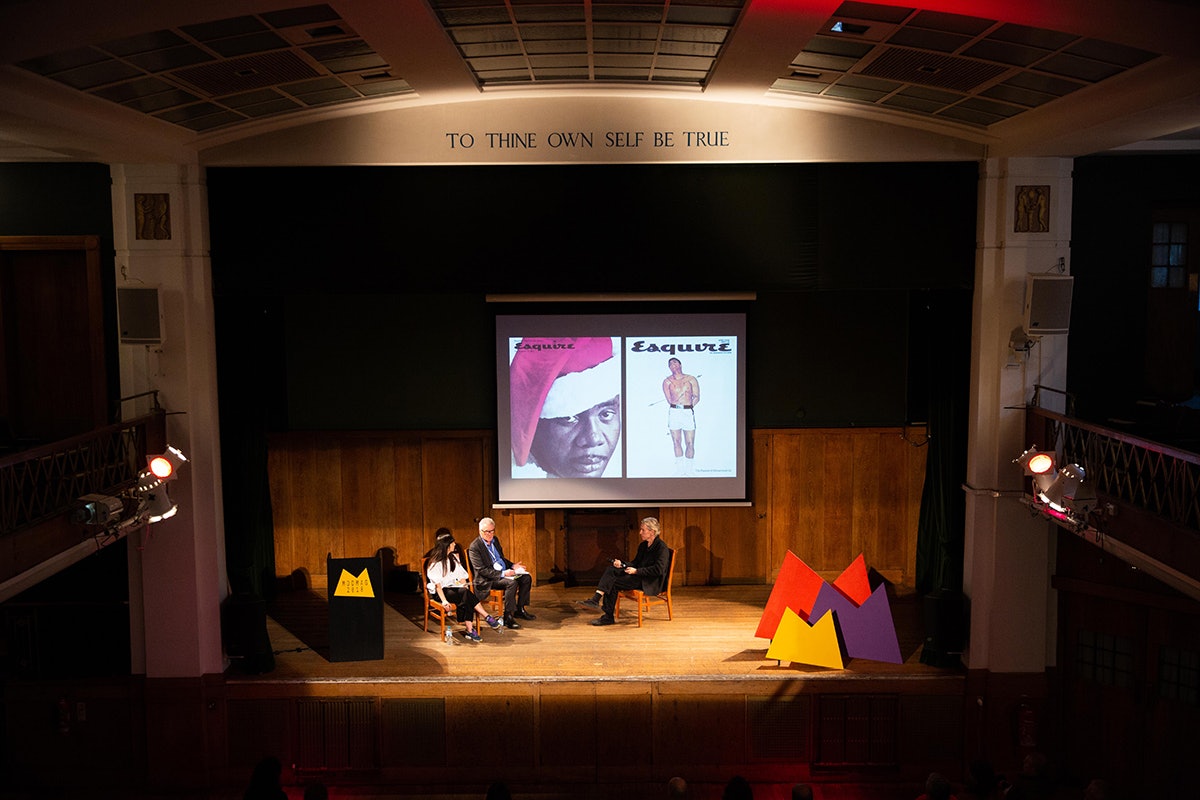 Magazine covers, then and now

Taking a similar tack, Roderick Stanley also mused on transformation to discuss his Good Trouble newspaper, a charged political broadsheet that exists because he refuses to let some of the world’s more unsavoury changes go unchecked. This commitment led him to the difficult but prescient topics of Neo-nazism and migrant internment, and he showed how the transformation in attitudes and in political tides — both good and bad — have pushed Good Trouble into existence.

Ordinary’s Max Siedentopf tackled the theme more literally, his magazine not just the result of a long process but, in transforming everyday objects — for example straws, plastic cutlery, even air — into cover stars, he showed how he effectively creates a magazine dedicated to the process itself; a monument of sorts to the transubstantiative undertaking of publishing.

For his part Dan Sandison talked us through the legend of how Mundial as we know it came to be and brought with him one of the most valuable and surprising lessons of the conference: as much as it’s important to learn from your mistakes — how many times can you go in with such two-footed stylistic commitment to the cover of your magazine when past experiences tells you that it’s probably not going to work? — sometimes it’s equally important to keep making them if you believe in what you’re doing.

A sub-theme also emerged when No Man’s Land‘s Diedre Dyer became the fourth person to mention cannabis during their talk at ModMag 2018 in a work-related capacity. For Deidre it was relevant for her personal progression as an editor, which saw her making a magazine for weed brand Marley Natural, on her way to editing No Man’s Land. She told the story of how the magazine, itself a part of The Wing, was transformed from an editorial platform to a space for women writers to (as the company’s CEO so eloquently put it) “Not just break the glass ceiling, but build a whole new house.”

Perhaps the most obvious approach to transformation, though, came in the form of a panel discussion mid-way through the day, featuring thoughts on the past, present, and future of magazine covers. From Muhammed Ali to Donald Trump, the front pages of magazines have always faced down the most urgent issues of their time and, while the way that is presented to us has changed, it is the transformation those covers have created — the changes they have brought about, incremental as they may have been — that really mark the history of publishing.

After a full day of talks covering the full breadth of the magazine publishing spectrum, then, ModMag 2018 made one point crystal clear: Though it may take different forms and mean different things to different people — new covers, new topics, new ideas and new attitudes — reinvention, transformation, and progress are the lifeblood of this industry. 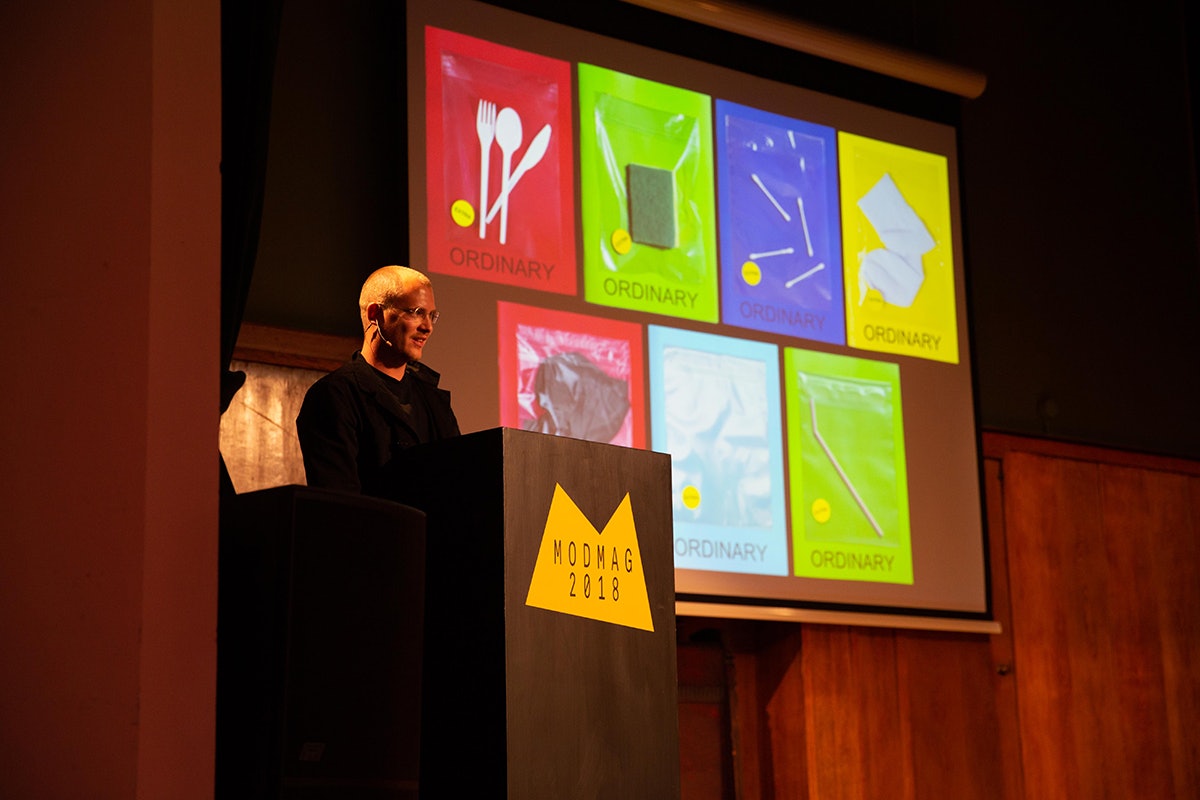 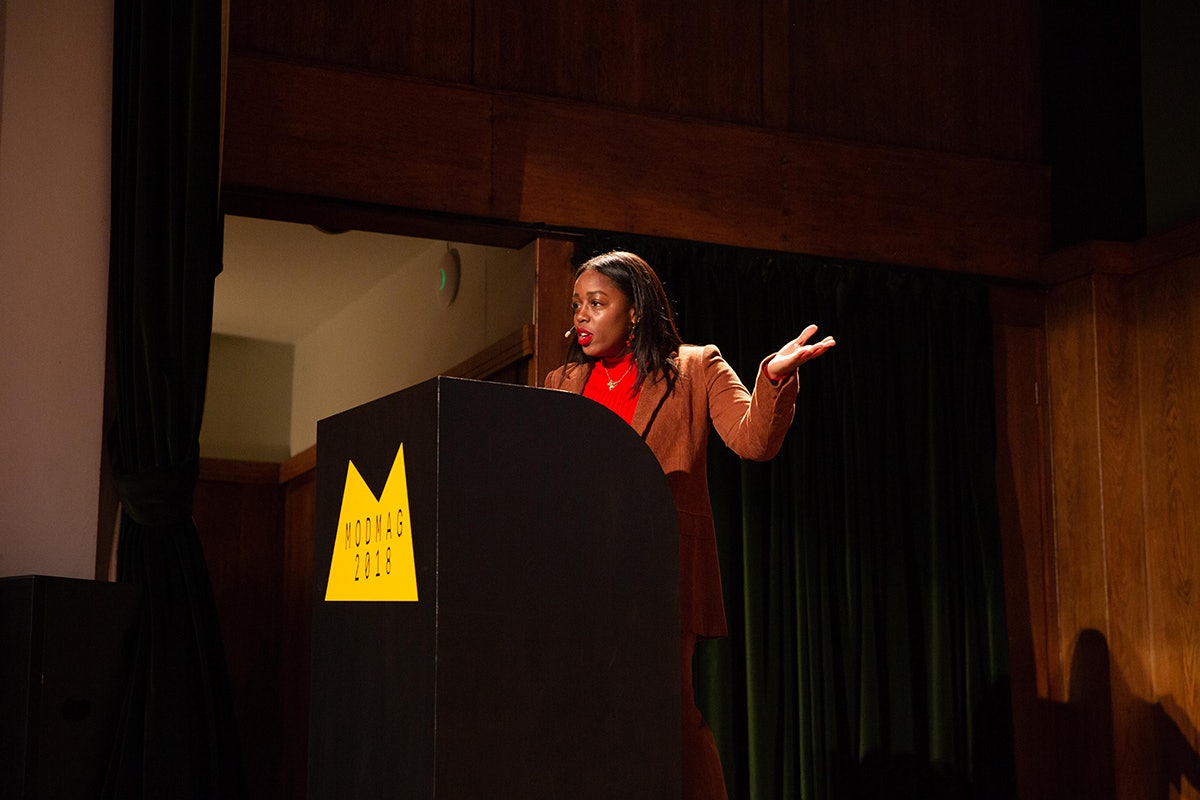 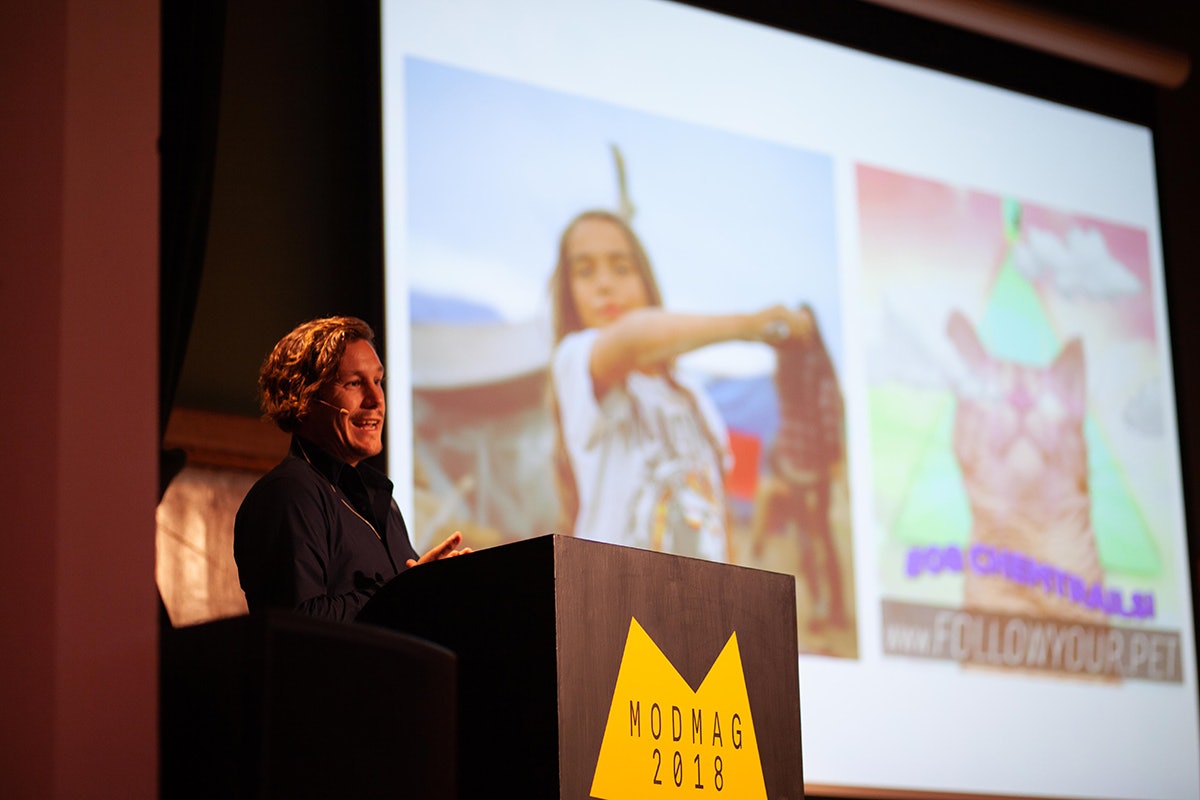 Rod Stanley faces up to some difficult topics with Good Trouble