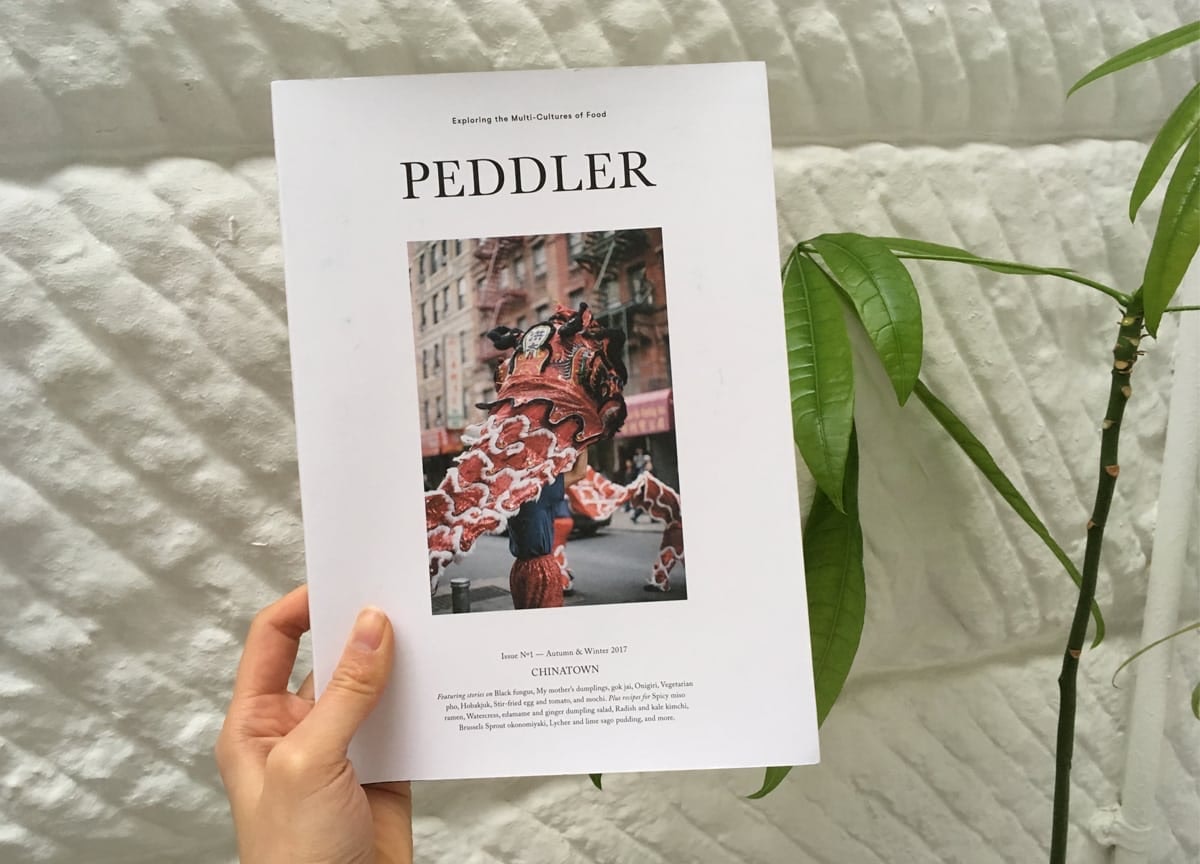 For Hetty McKinnon, food has always provided a deep connection to the people around her. Growing up in a Cantonese/Australian household, her mother would cook elaborate dishes as a way to express love for her family. In 2011, Hetty started delivering lunch boxes to locals in Surry Hills, Sydney, connecting to her community through seasonal salads made with local ingredients.

So it made sense that she started Peddler Journal, a recipe-driven title exploring food within the context of culture, self, identity and tradition. For their Chinatown issue, homemade Asian dishes (from Korean comfort food to “My mother’s dumplings”) are paired with personal narratives from friends and chefs, providing an intimate, quiet alternative to overly stylised culinary media. We got in touch with Hetty to find out more.

Your background with Arthur Street Kitchen is hugely impressive. How did this experience lead to making a magazine?
Since the day I began delivering salads to locals in Sydney, the most important aspect of my career in food has been the connection with people. For me, cooking and sharing recipes is a way of communicating and showing people that you have thought of them, that you care. Without that deeper connection that comes from sharing food, whether that be with your family and friends, or with your wider community, food is just sustenance.

With Arthur Street Kitchen, I formed a strong bond with the people of my community. Through the weekly exchange of a salad box, I established meaningful friendships, sharing stories and histories. This went on to define my approach to cooking and writing, and is the root of my constant search for the community and human element in food. Peddler is inspired by the human stories, and the small moments in food that make big impressions — it looks within our homes for food inspiration.

How is it different from other food publications?
Peddler is ‘quiet’ in an era when food is louder than ever. It is an antidote to the ever-present, heavily styled images on social media and mainstream press. It is recipe-driven, because recipes have become the way I tell stories. Each recipe I write is representative of a time, a place, a memory, a person — they conjure up their own stories. In the act of asking a reader to cook that recipe, the dish takes on new life, and a new meaning. I believe that no two people would ever cook the same recipe, in the same way, recipes evolve over time, cultures, generations and travel.

You write, “It is fair to say that food has the power to convey sentiments that words sometimes cannot.” Can you share a treasured memory of someone cooking for you?
This is such a powerful sentence, it really sums up my upbringing. Growing up as a first generation Australian in a traditional Cantonese household was a true clash of cultures. If I have one memory from childhood, it is of my mum, standing over her wok, steadfastly gripping her wok chuan (spatula) as she prepared the next meal. She lived to cook. Every morning, she slaved over three separate breakfasts for her three kids, our meals customised to our eating preferences. She didn’t spoil us with gifts, or toys, or books — she spoiled us with food.

As a kid, I didn’t realise what my mum’s love of cooking meant to her, we just thought this was what all mums did. She was a housewife, who never had the opportunities for formal education or qualifications, so the kitchen was the place where she could express herself. She never used a written recipe in her life. She cooked traditional Cantonese dishes from memory. Food gave her a sense of identity and humanity, allowing her to show her family how much she cared. In Asian culture, that is extremely common, where food is a powerful way to express love.

A lot of Chinatown staples are meat heavy, but vege and vegan recipes dominate the magazine. What was your intention behind that?
After growing up eating every meat known to humans (!!), I became a vegetarian at 19, and never looked back. Needless to say, my Chinese family was fairly traumatised by this decision. It is well known in my family that my mum will still try to slip some meaty products into my food. My extended family, who own a well-known Cantonese restaurant in Sydney, would often ask me (some twenty years later), whether I am still ‘not eating meat’.

So yes, Chinese food is usually very carnivorous. But for me, it is not the meat that defines a dish, it is the flavours. So my intent with Peddler, and also with my cookbooks, is to show people how you can eat all the foods, all the flavours, without having to eat meat. Importantly, my ‘vegetarian’ message is subconscious — I don’t advertise that it is a vegetarian multi-cultural food journal because I don’t want the reader to be fixated with that. I want them to dive into the ethos of the magazine and get lost in the beautiful food and stories, without immediately thinking about the lack of meat!

Lychee and lime sago pudding from the first issue of #peddlerjournal. It’s the gift giving time of year – support independent publishing, bookstores and specialty stores by shopping small and local. Peddler is stocked at @kinokuniya_sydney in Sydney, @happyvalleyshop and @booksforcooksau in Melbourne, @nowservingla in LA, @booklarder in Seattle, @7115nyc, @regularvisitors and @i.m.p.o.r.t in New York.

Lastly, for those who have yet to attempt making Chinatown cuisine, what would you suggest they start with?
Honestly, making dumplings from scratch freaks a lot of people out, but they are so amazingly easy. The dough is two ingredients — plain flour and hot water. From there, it is simply the alchemy of flour and hot water which creates this beautiful, pliable dough. And you can really fill dumplings with anything. My recipe for Nepalese style ricotta and spinach momos in issue one are surprisingly simple and so satisfying. A lot of people are afraid of crimping dumplings, but I would say, don’t get hung up on presentation. You can simply press the two edges together and forget about the fancy crimping altogether! The result, in your tummy, is exactly the same!

Stack sends out curated, independent titles every month — refresh your reading by signing up 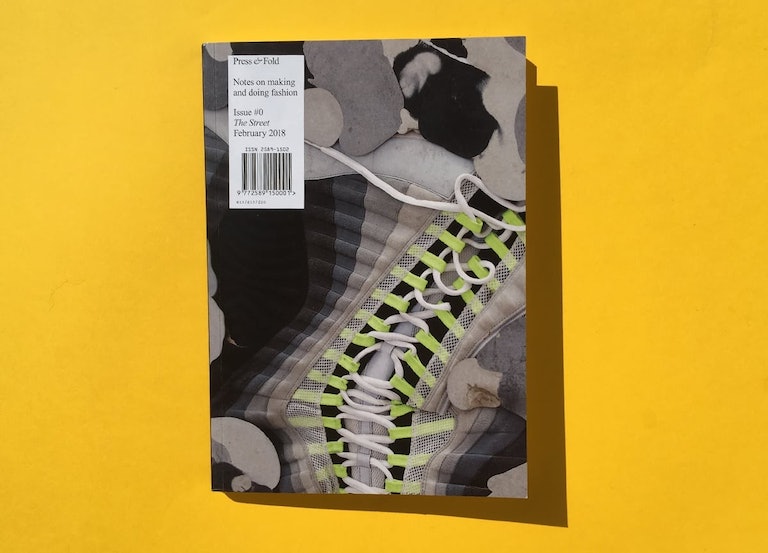 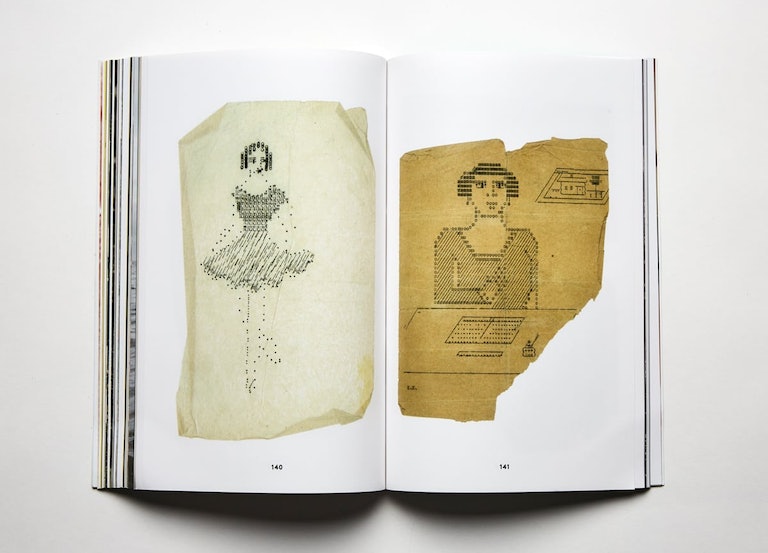 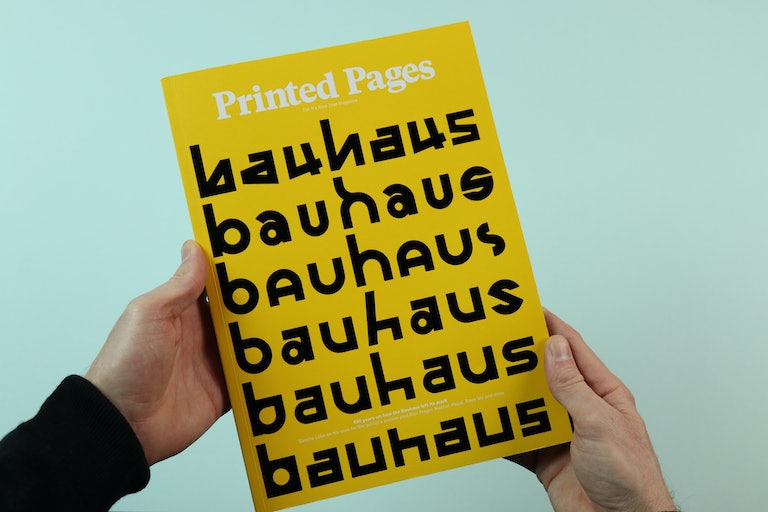