Last week I appeared on a panel with The Gourmand‘s David Lane at the Protein Forum on the Future of Publishing, and was massively impressed by what he had to say about the speed at which the magazine is growing.

The new issue hits shops this week, so I gave him a call to find out more about how he and his partner and fellow editor-in-chief Marina Tweed keep things moving forward, and to get the inside story on a magazine that continues to break new editorial ground.

When we spoke the other night I was really impressed by how much you’ve got going on at the moment. I imagine people might have heard bits of it, but could you give us a quick catch up?
Of course – it’d probably be quite useful for me as well!

So issue four hits the shops this week, and to coincide with that we had two launches at the end of last week at Ally Capellino shops, because we collaborated with Ally on making a market bag this issue.

We also just got back from New York, where we were doing an event in collaboration with Vitsoe for Design Week. We took over their store and turned it into a big fruit stand, serving amazing food and drink, and kind of giving people a bit of a breather from traipsing around hot New York looking at design stuff.

And we’re also running the studio a bit more like a studio now. I’d taken a break from freelance stuff but we’re being asked to do more and more interesting projects, so we’ve just done the identity for a really good new restaurant called Lyle’s on the ground floor of the Tea Building, and we also did all the identity and design for another restaurant called Prima up in Highbury. We also made a tour book for Lady Gaga, which was quite a weird one. That was fun.

Oh, and the next issue of Photoworks magazine, which I do the art direction for, is starting to happen again. It’s an annual, and I did the redesign last year, so this is going to be the second issue of the new redesign.

And I also heard that you’re on show at the Deign Museum at the moment?
We are – we got shortlisted for Design of the Year, and that means you’re in the exhibition, which runs for another month or so. That was really amazing because there are hardly any graphic design projects listed, and it’s a really great panel of judges. The Magpile award we got last year was for editorial really, whereas this one was for design, so it’s great to have that. It’s incredible you’ve got all this stuff going on. I know you said in your talk the other night that the brands come to you, but is that really true? How do you manage to bring all these people around you?
It is really, yeah. We do make a point of giving some issues to the right people, and we do keep up with PR companies and we stay in the loop with everything, but we don’t go out of our way to propose projects or anything.

And I suppose that’s the point isn’t it? Making sure you’re in the right place at the right time, so that when somebody’s looking around for good, interesting work, you’re the people they think of.
Definitely. When we have our launches we make sure we invite brands we like, and we just try to meet as many people as possible… Marina is fantastic at meeting lots of people, and I think that not just staring at a screen all day really helps – going out and having coffees and talking about stuff is really important.

Let’s talk about the magazine itself for a bit, because I’m really interested in the way it’s trying new things, yet it still all feels so confident. For example you’ve got literary fiction in there with Bites, a series of short portraits of people and their food. It’s new for you, but it’s just done so well, from the text itself to the photography accompanying it.
That was one we were really happy with – it’s the first piece of proper fiction we’ve done. Will Ashon is somebody I’ve worked with before, because as well as being an author he worked on Big Dada Records at Ninja Tunes, and I’ve done a couple of record sleeves with him.

I read one of his books and thought it was fantastic, so when he took a sabbatical this year to write, he suggested Bites as an idea. I thought it was brilliant – it’s so clever that you get so much detail about these people and their settings in just a paragraph. It’s kind of amazing.

We wanted to evolve the look of it a little bit to show it was its own thing and that it hadn’t been done before, so the layout and aesthetic of it, while it’s in line with the magazine, it’s also slightly separate too. And of course you’ve also got the fashion in there as well, but you’re not messing about with it. You’ve gone full on – the tone is quite similar to something like Fantastic Man, in terms of the seriously beautiful images but then the subject and the captions that show there’s a sense of humour in there as well.
Yeah. I think especially with fashion stuff it’s really important not to take yourself too seriously. I think that’s where you can go a bit wrong. And also we’re not pretending that’s what we do – it’s not shoehorned in there just to be a fashion piece – it’s coming from a good editorial idea first. I really enjoyed the pure picture stories too – the mezcal piece and the chocolate based on Galileo’s phases of the moon. I was really struck by the confidence of not needing a written story because you’ve got these gorgeous images and that’s the story.
The mezcal piece was originally going to be accompanied by a written piece as well, but when we got the images back they were so incredible, and all the written piece was going to do was evoke the feeling of that area and where it’s produced, so we thought that just having the captions was just as good really.

We wanted to get that slightly scrapbooky road trip look with the layout, so we reprinted all the images, stuck them together, scanned them, and it was quite fun just to change things up a bit. The font on that piece is a cut of a font we use for the magazine, but one we’ve never used before. It’s kind of a bit odd and like an old piece of signage, and it seemed to feel right for the piece. So it was nice to have an excuse to use that as well.

It’s a fantastic issue. I know this one has just arrived, but when’s the next one due?
The next one’s going to be October / November – I’m terrible with dates! It’ll be six months from now, basically.

We’re slowly trying to move the schedules back a little bit – we don’t want to hit the fashion season, but it makes sense to publish in September, just because of advertising and stuff. So we’re slowly crawling back towards that without jumping back and taking two months off the production schedule. 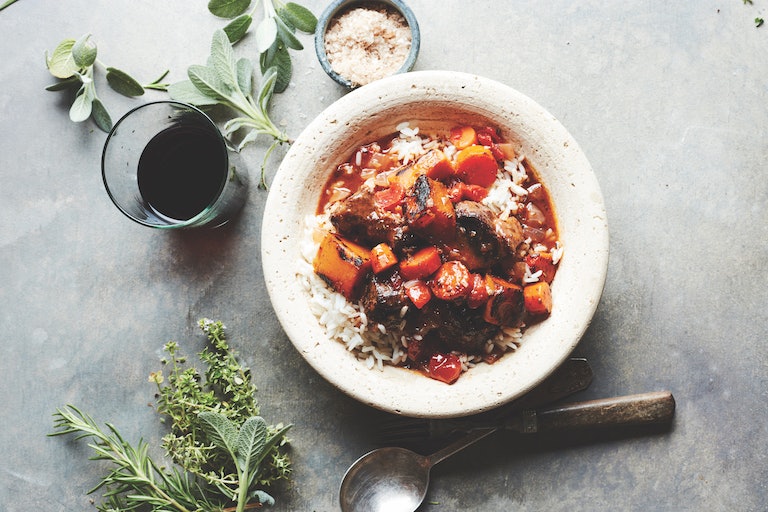 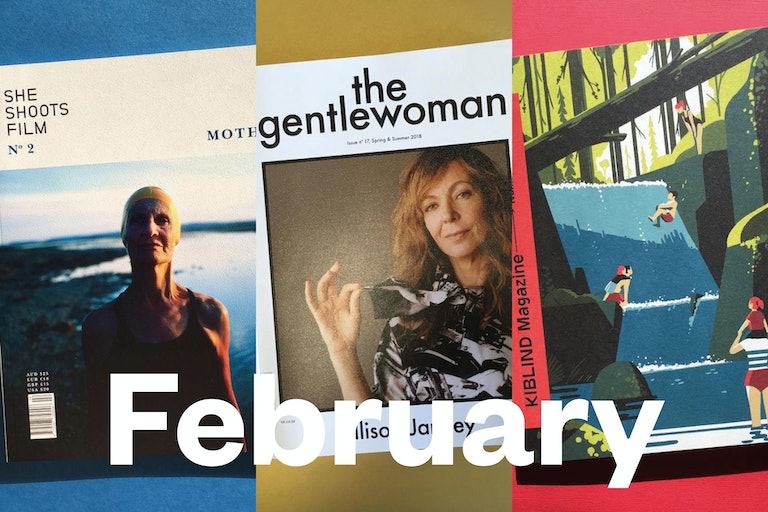