Behind the scenes: The Anonymous Sex Journal

The Journal is currently exposing itself to readers of Riposte via a special mini supplement made especially for the women’s magazine, so I caught up with Alex to find out more about the project – and his preference for a ‘parasitic’ mode of distribution. What inspired you to start The Anonymous Sex Journal?
It was New Year, 2013. A friend of mine was telling me about a really weird sexual experience she’d had in the back of a van. I thought it was so cool that she was sharing something so strange. I think we hear a lot of bravado-type stories – “I did this, I did this in a certain way,” but I don’t think many people talk about their stranger, more mundane sexual experiences.

That’s where the idea came from, to provide this invisibility cloak of anonymity and get people to open up about their sex stories. I think a lot of the people submitting their stories see it as cathartic, treating it like a diary. Maybe they’ve had an experience they haven’t been able to share with anyone, and maybe they needed to. Those are the stories that touch me the most.

The other stories I get are from people who are getting off from writing them. They’re very amusing. I’m saving them up for an issue at some point.

How can readers get hold of the Journal?
Anonymous Sex Journal comes out when I can fit in making it – it’s totally sporadic. I kind of like that spurious element to it, that no-one really knows how you can get hold of it or when it’s coming out. I print 500 copies, which are distributed via Athenaeum in Amsterdam and online at the Ditto store, or I’ll just give out copies to people when I see them. So you’re a core distributor?
Pretty much. I want it to be free as much as possible, so I’ll leave it on the bus, or I’ll go to a magazine shop and slot it into the middle of another magazine so that when people open it, they’ll find it. I call it a parasite magazine. And it seems to be working! People write in and say, “I found your magazine and I think it’s really cool”. I like that my distribution method could only happen with a print publication – you’d never get that experience online.

You’ve said that it’s “designed to be passed from person to person and left on buses, beds and bookshelves”. How did you go about that?
I wanted it to be like a secret love note, handed between people. That’s why it’s small, so it can fit in someone’s back pocket. And there are two reasons for the plastic cover: I wanted to make it durable enough to survive when it’s passed around, but I also wanted it to feel like a dirty mag too. It feels like a condom when you hold it. Actually, for the first issue I thought it would be fun to put pubes between the cover and the plastic. I did three copies, and that was it. They’re very limited editions.

How did you land on its visual tone?
I think it needs a cartoon element to bring the stories back to a connectible level – I don’t want it to be too heavy. Each of the illustrators I choose (a different one every issue) is very playful; their work has a surreal or witty edge to it. It’s why I don’t work with photographers; all the stories in the Journal are so real that I like to create a very unreal representation of an image.

I chose (risograph printer) Ditto Press to print the Journal because the colours they use are so vivid. The layering of the different colours means you get a really interesting texture. The artists I use are happy using fewer colours to create an effect – each issue is printed in four colours – so all their work is bold and bright.

Tell me about your collaboration with Riposte magazine?
I think its editor, Danielle, wants to change certain ideas that are associated with female magazines. She likes the honest approach that the Sex Journal takes, so she asked me if I’d like to create a mini supplement for the magazine based on fantasies and what turns people on. Laura Breiling created some genius illustrations – filthy as hell! Riposte had to tame it down and add an NSFW sticker… 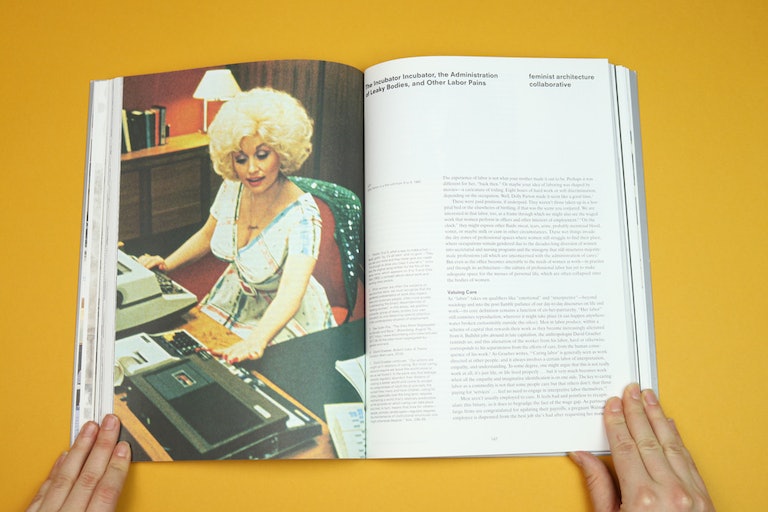