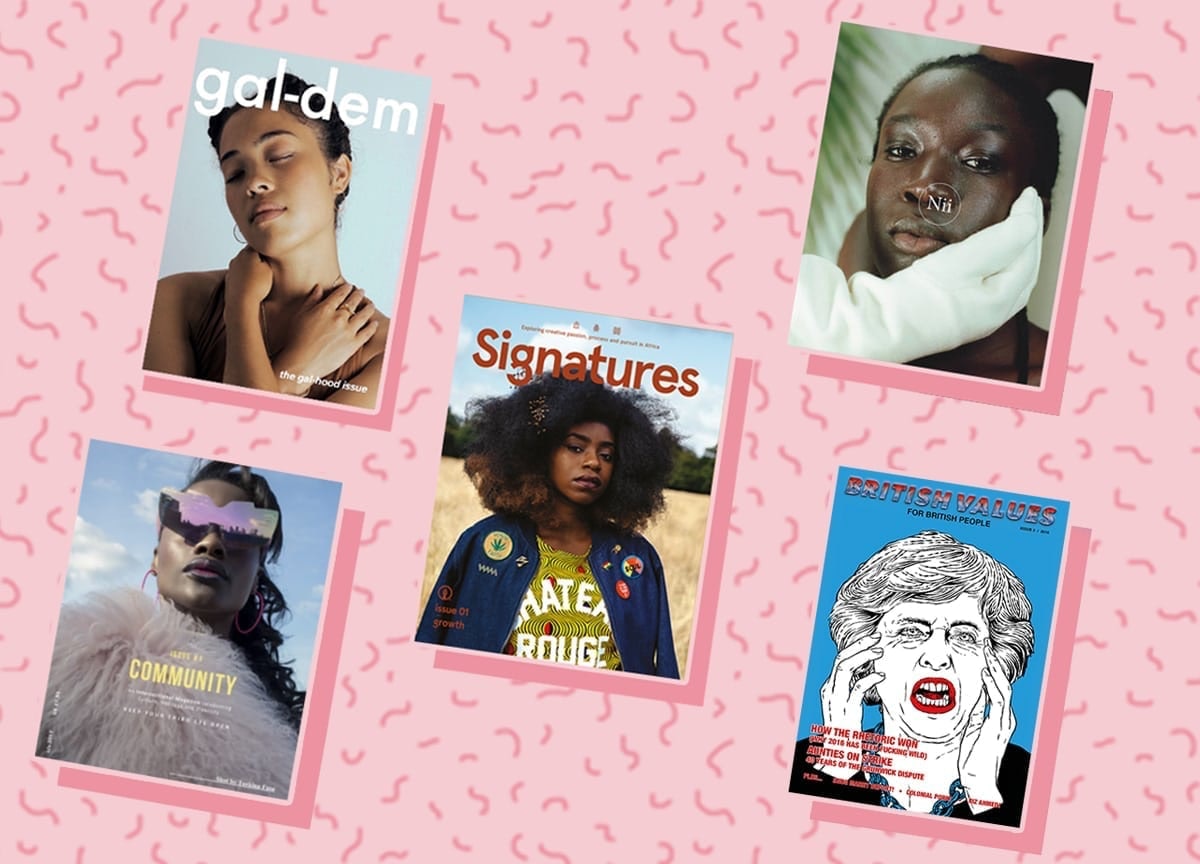 Independent magazines have long been heralded as an alternative to the mainstream, championing crucially missing dialogues and overlooked perspectives. Now, a new wave of magazines created by black and minority ethnic editors, designers and publishers are hitting shelves across the UK.

From the incredibly popular gal-dem to the brilliantly satirical British Values, these publications are filling a very real need. For the next Stack Live event on 23 May, we’re bringing together a group of these makers to talk about their aims and ambitions, and why they made the move to print.

Come along to hear from:
— Campbell Addy, founder of Nii Journal, a title that explores the issues of empowerment and representation within race
— Kieran Yates, founder of British Values, a fanzine celebrating immigrant communities in the UK
— Jason Nicco-Annan, co-founder of Signatures, which champions creativity from Africa and its diaspora
— Mariel NO, assistant arts & culture editor of gal-dem, a vibrant magazine by women of colour
— Rhona Ezuma, founder of Thiiird, a new intersectional publication dedicated to culture, heritage and diversity

Tickets are £6 and available through Eventbrite.

We hope to see you there!