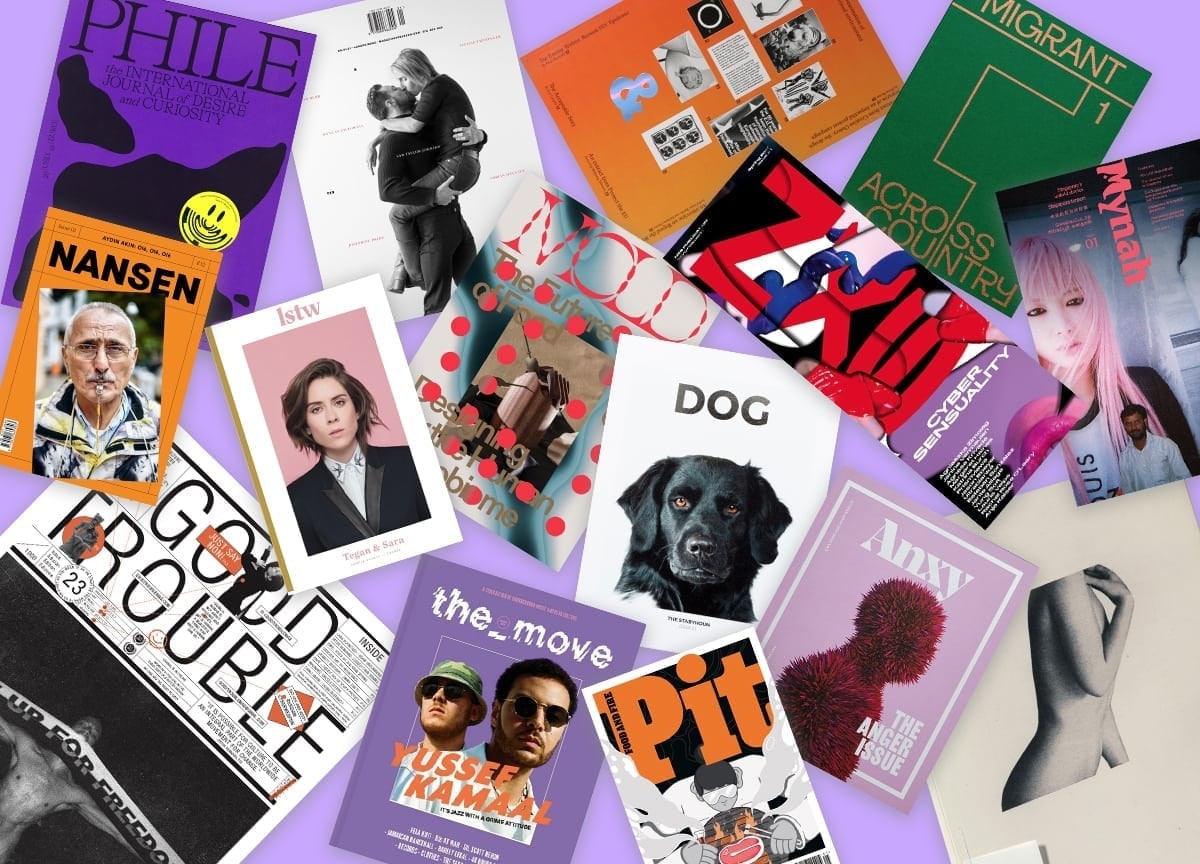 Shortlist: Launch of the Year

This is always one of the most exciting and competitive categories at the Stack Awards. From original approaches to age-old magazine genres, like food or music, to two completely enthralling titles looking at the phenomenon of human migration, this is a roundup of some of the freshest and most pertinent magazine ideas in 2017.

The judges for this category are Rob Alderson, managing editor at WeTransfer (and ex editor-in-chief of It’s Nice That), and Malte Brenneisen and Urs Spindler, the pair behind Indiecon, indiemags.de and the studio Die Brueder. Scroll through the magazines they’ll be deliberating below…

& | Glasgow
& contrasts two disparate ideas under one publication to promote communication and encourage unexpected perspectives. This first issue puts sex and politics next to each other to explore the old, the new, the personal and the professional.

Anxy | Berkeley
Like many magazines on this lineup, Anxy candidly explores an issue that has previously been ignored in the mainstream media. Looking at mental health and our inner worlds, their Anger issue unpicks emotions from nagging irritations to full-blown rage, with the aid of personal stories and well-researched features that help us understand our psychological selves.

Dog | London
This magazine about dogs definitely has a talent for capturing our four-legged friends in all their furry glory. Each issue begins with a dashing cover star, and travels to the birthplace of their breed to the uncover food and culture there, resulting in a kind of dog-based travelogue.

Good Trouble | Brooklyn
Inspired by the American politician and civil rights protestor John Lewis, and his call for “good trouble, necessary trouble,” this is a magazine that wants you to protest and resist. Laid bare on A2 newsprint, its chaotic (yet directionally clear) layout is an interesting way to pay homage to the original broadsheet.

LSTW | Montréal
Championing the crucially missing dialogue of lesbian culture, Lez Spread The Word is a French and English magazine filled with perspectives that are just not covered elsewhere. From how the police are confronting LGBTQ hate crime, to the taboo of homosexuality in sports, this is a magazine with important messages to spread. Read our Q&A with editor Stéphanie Verge to find out more.

Migrant Journal | London
Migrant Journal is a six-issue publication taking a thorough, scientific examination of migration. Every ounce of the magazine is extremely well-considered — from a visual narrative based on an atlas in their ‘Across Country’ issue, to the way infographics pave way for an alternative point of entry to the subject, and metallic inks and micro-embossed pages that create an immersive reading experience.

Mold | Brooklyn
A magazine about the future of food, Mold is interested in the value of good design. This ethos permeates throughout their publication, where bold graphics and metallic inks act as a catalyst for communicating their messages.

Mold Magazine wants you to care about the future of food

Mynah | Singapore
Made in and about Singapore, Mynah tackles difficult subjects like the growing divide between conservative Christians and the LGBT community — it’s a distinctive and substantial magazine with a very clear point of view.

MYNAH #1 IS OUT. If you pre-ordered a copy look out for it in the mail! If you missed out, no worries, you'll be able to purchase it soon 📚 pic.twitter.com/5y1JiSQHYh

Nansen | Berlin
From expats to refugees, Nansen is vowing to tell the stories of “migrants of all kinds”. But they’re starting small — each issue centres on the journey of one single migrant, then gradually zooms out to contextualises their experience through stories from the people and institutions around them. Find out more in our Q&A with editor Vanessa Ellingham.

Our mags are starting to make their way around the world 🌎 If you're in Amsterdam, you can pick up a copy at @athenaeumnieuwscentrum (thanks for the photo!). If you're somewhere else, order your copy today to make sure it gets on the next shipment heading out tomorrow morning 📦 📙

NXS | Amsterdam
Pronounced ‘nexus’, this magazine is a meeting place for ideas and opinions on the human experience in a digital world. The first issue is themed around cyber sensuality, musing on the places where our screens end and our fleshy bits begin, and the weird blurring that has taken place in that space.

Pan & the Dream | New York
“It is not nudity in and of itself that is interesting, but rather the context and the message which the image carries.” The first issue of Pan & The Dream asked artists to respond to the concept of nudity in art, as well as its suppression.

Thank you @a_gentle_disruption for this gorgeous display! 💗💗💗 Cover image by @isabelreitemeyer Cover design by @paul_belford_ltd This beautiful cover was shortlisted by @stackmagazines awards for 'Cover of the Year' #grateful #panandthedreammag

Phile | Toronto
Phile investigates sexual subcultures from a sociological point of view. From an exposé on Muk-Bang, the Korean phenomenon of broadcasted feasting, to interviews with ecosexuals, it’s a multifaceted celebration of the weird and wonderful world of sexual fetishes.

Pit | London
A food magazine about barbecuing, Pit crashed into the independent print scene doused in fluoro orange and a lot to say about charred produce. From Jamaican Jerk drums to Polynesian Imu fire pits and good ol’ American BBQ, this is a magazine obsessed with cooking outside over live fire.

We're in now in @naththebutcher's The Butchery in Forest Hill!

The Move | London
Covering underground club culture, The Move injected a sense of frenetic energy onto the newsstands this year. Telling the stories of musicians, niche scenes, record collectors, club owners, and even cooks at local takeaway joints, it’s an examination of street culture in all its vibrancy.

We've been shortlisted for Launch of the Year at the @stackmagazines Independent Magazine Awards later this month. Blessed. Dress code: So Solid at the Brits.

Yes & No | London
Yes & No is a totally original title that defies categorisation in both its subject matter and style of storytelling. Editor Cassius Matthias comes from a filmmaking background, and brings a particularly filmic approach to the printed page, setting up subtle thematic associations that play out between stories and even across issues, creating a reading experience reminiscent of montage.

Keep updated with the best, new independent magazines — Sign up to Stack from £7/month 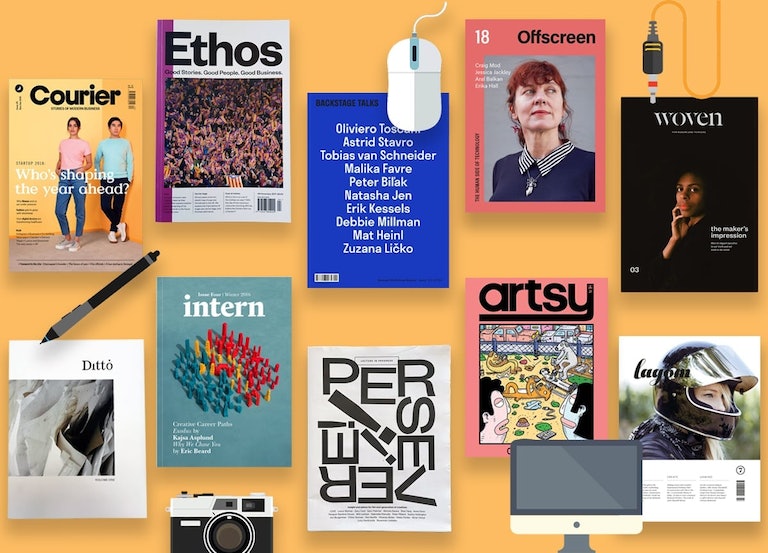 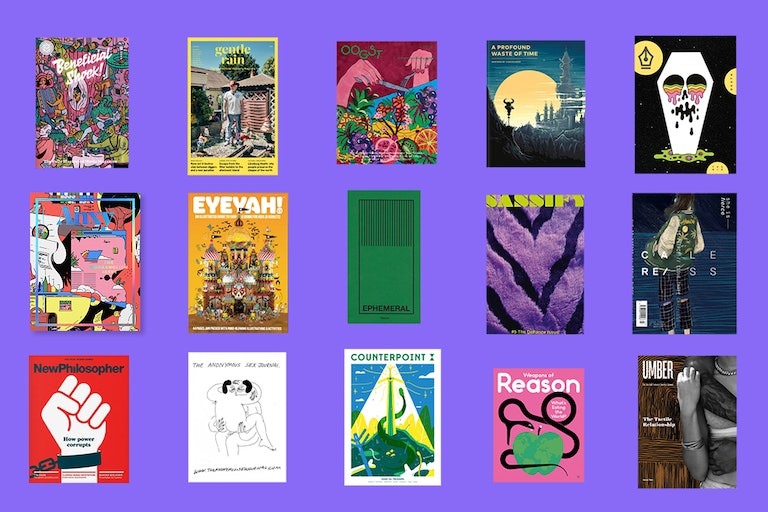