Gross – a playful art magazine based out of San Francisco – starts by asking you to “quit picking your nose”. Every edition takes a theme that resonates with the state the editorial team are in while they’re making it. Last time it was ‘Sink or Swim’; this time it’s ‘Habits’. Because, as editor Victor Gonzalez puts it, “in order for this frumpy caterpillar to transform into the majestic butterfly it’s destined to be, bad habits need be shed and good ones adopted.” Our ticks and rituals can destroy us, but they can also keep us steady, or build us up — so Gross decided to ask people they admired about the weird things they do when nobody’s watching.

A magazine that charms you almost despite yourself, at first look, Gross can feel swaggering (celebrity chef Matty Matheson opens the issue by saying fuck, a lot). But no feature ends up quite the way you’d expect it to: Matheson’s interview opens out into an unusually honest meditation on whether or not he’s sold out; towards the end, two visual artists talk about how social media leaves them with the “ever-present feeling of needing to show”. Throughout, there’s a ramshackle, DIY quality to this magazine that feels vulnerable. One of the most scrumptious things about the experience of reading it, is that every issue is dotted with stickers that you can peel off, and on again. (So presumably you can stop picking your nose and start picking at the edge of a sticker instead.)

From cocaine to cycling, Victor agreed to give us a guide through the new issue, via five (good and bad) habits. Spanning body and mind, these are the quirks contributors have deliberately cultivated, or tried desperately to escape, in order to survive. 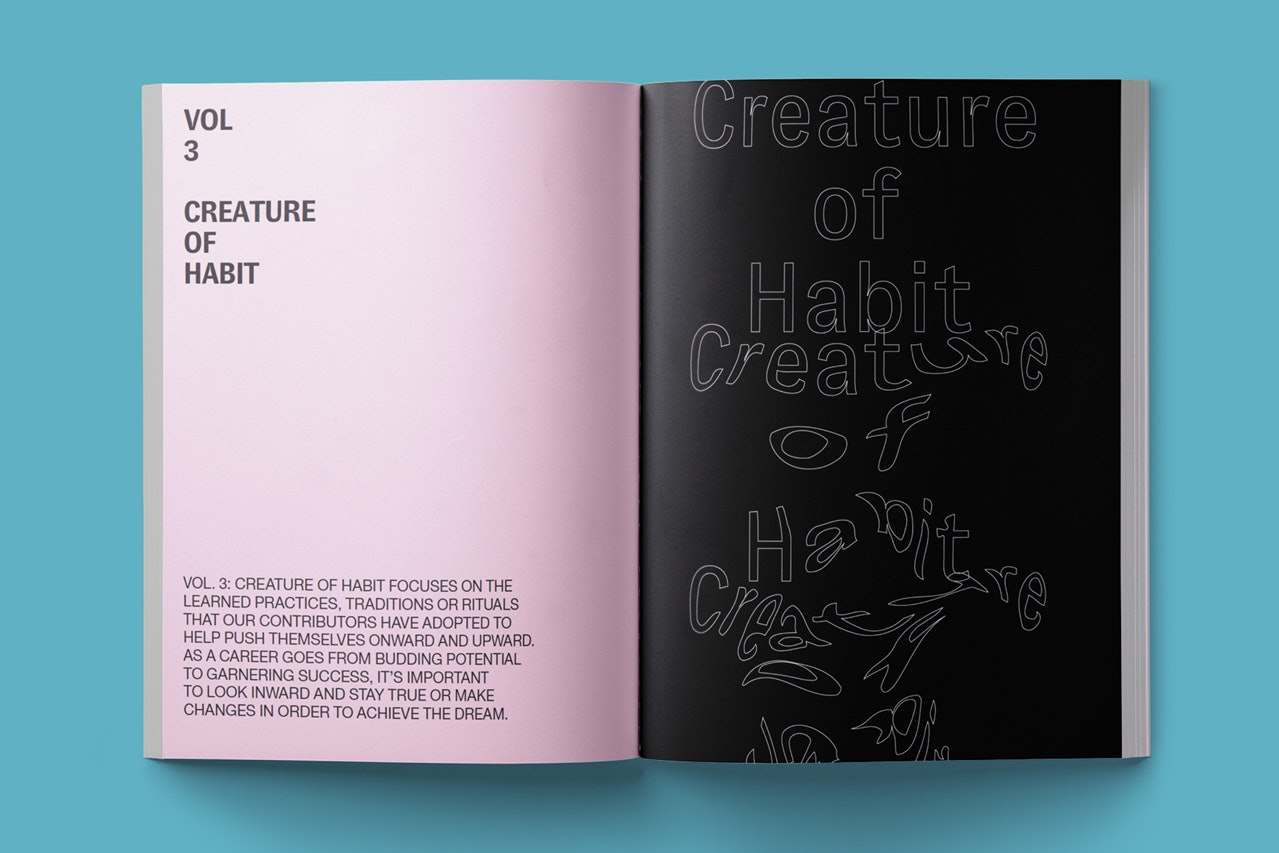 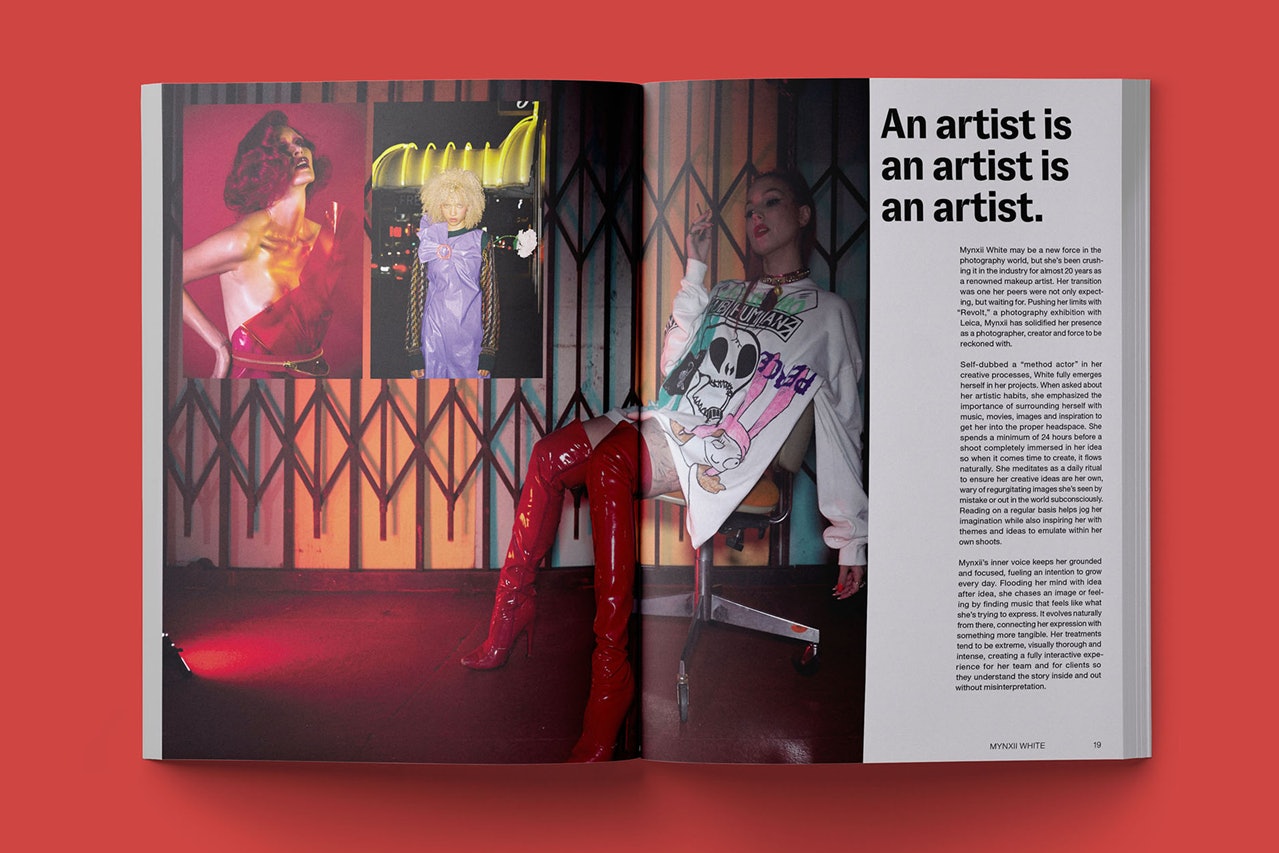 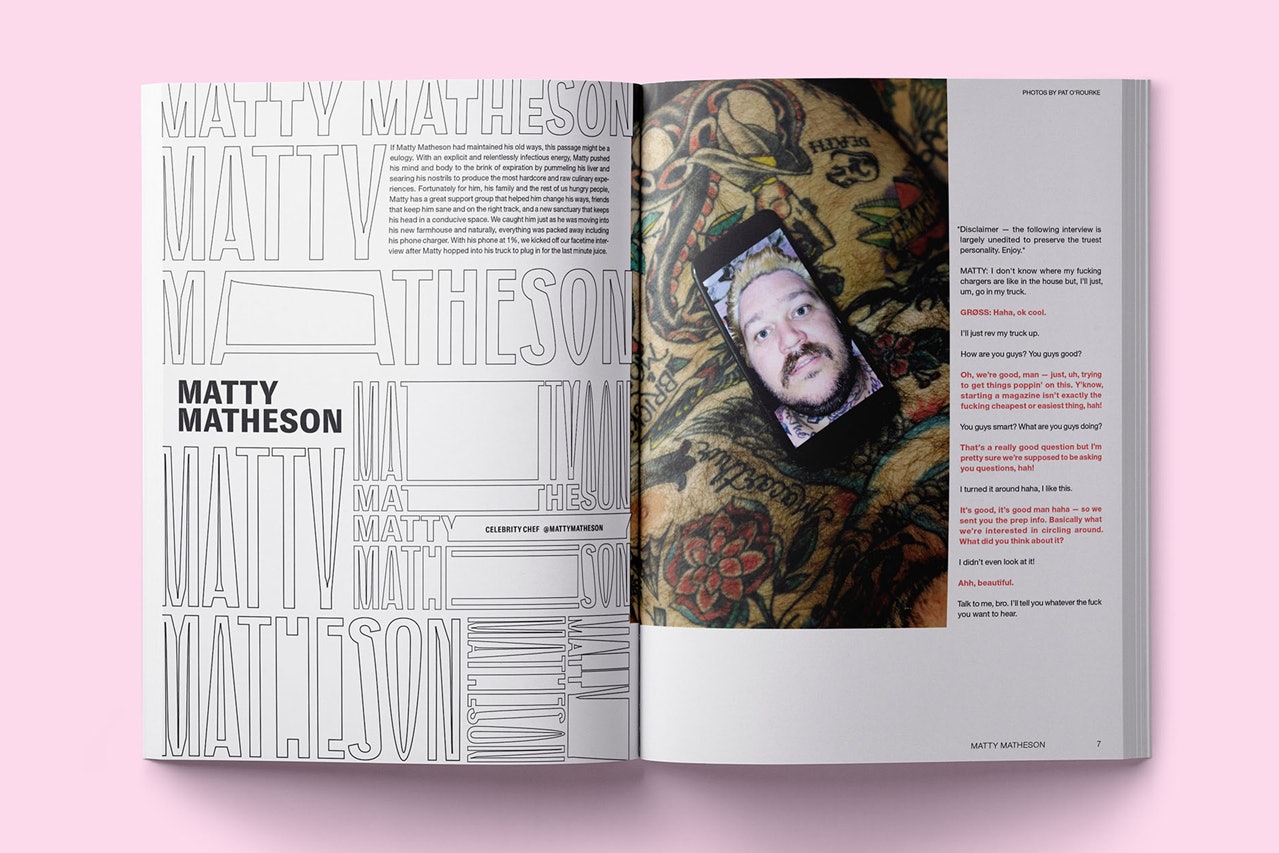 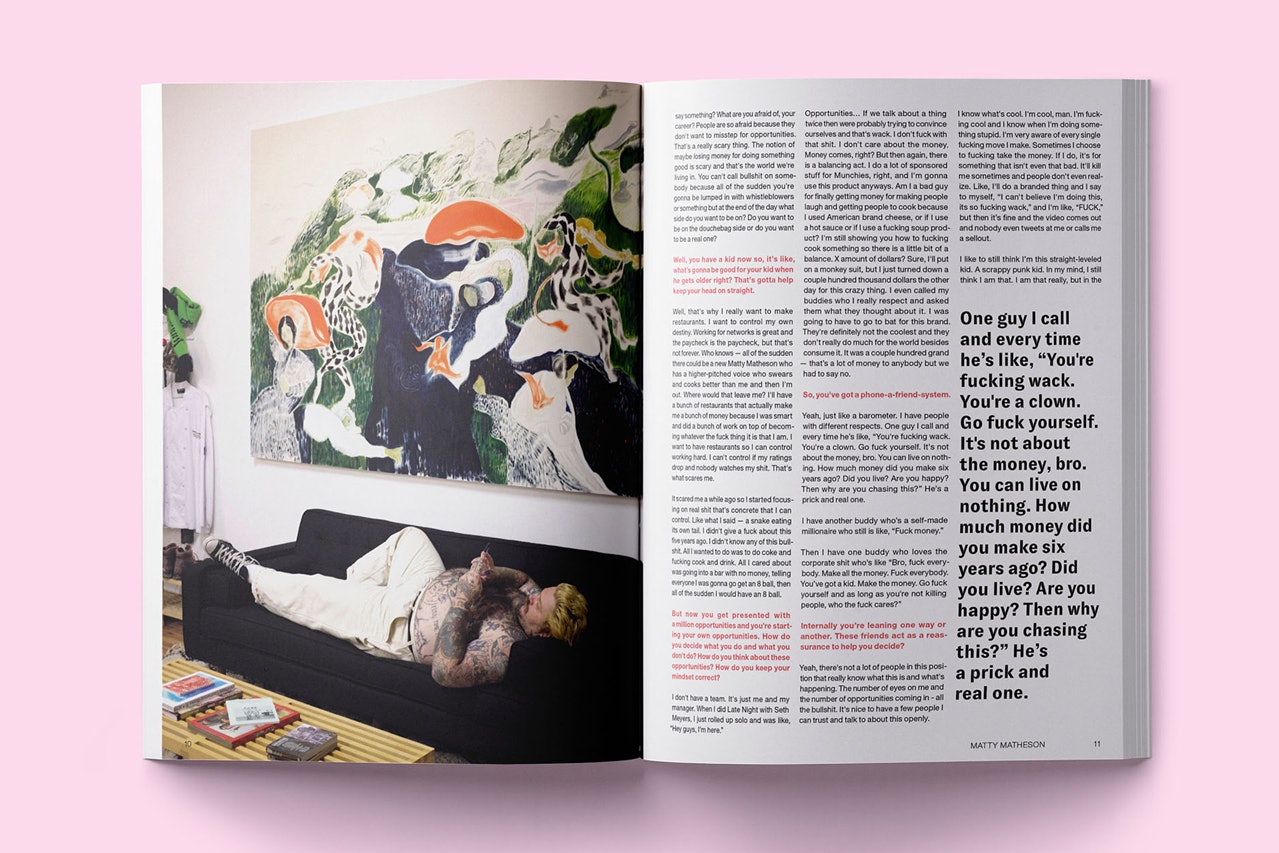 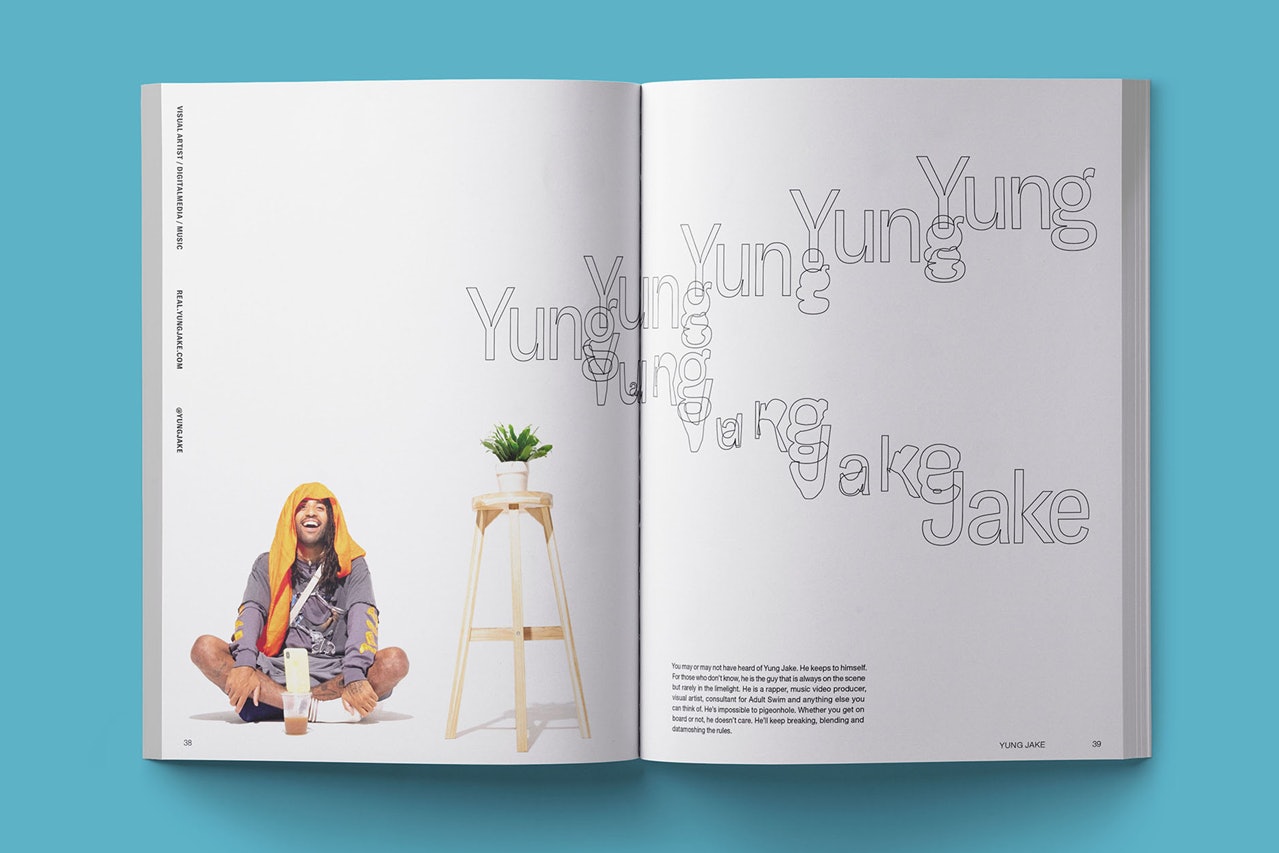 “It’s something most of us can relate to in some way — the artist and rapper Yung Jake says cartoons are his greatest distraction, but he also says they’re valuable in the sense that they help him think outside the rules of the physical world. Distractions are typically thought of in a negative context but sometimes they are just what the mind needs; distractions allow our conscious mind to wander while the solution gets worked out by our subconscious. Jake clearly has an expansive perception of his surroundings and a restless mind, yet it’s amazing just how much wildly creative content he manages to produce.”

“Personally, Matty Matheson’s interview had the most impact on me while creating VOL. 3. While his substance abuse almost killed him, the root of his personality now thrives and shines more than ever — an infectiously positive and unwavering moral compass. What’s interesting is how he talks about his coke habit as something that has fuelled his outgoing spirit. Like when he looks back over his life, and he says, ‘That’s my biggest regret — that I didn’t bang coke with Axl Rose’. But coke also brought him to his lowest point: ‘When I was done, I was spiritually crushed, I was toast’. This bad habit of his, simultaneously creative and destructive, is something that has made him the man he is today. Now instead of being a top-notch party animal, Matty is an internationally respected chef, gastronomy scholar and New York Times Best Seller.”

“This is one of the topics that came up several times throughout the issue and definitely resonates with a majority of people in all creative pursuits. The artist Jonny Niesche puts it boldly: ‘you’re wasting your time if you’re not scared.’ On the flipside, Ellen Rutt also mentions that she gets anxiety when declining work because of the fear that it will ultimately hurt her career. From the several contributors who touched on this, I gathered that it’s helpful to make a habit of talking through and vocalising your fears because only then will you have a friend or a colleague give you a different perspective. Then perhaps your logical mind can gain a new frame of reference that puts a disproportionate fear in check. In the end though, in every creative pursuit, a healthy dose of fear is important.”

“Physicality and physical health is a huge part of my life. It was great to hear from the artist Dustin Klein about his silent, meditative bike rides. Cycling, a repetitive activity that ends up taking you far is a bit like his concept of ‘free making’. He purposefully drives himself to create things with no distinct boundaries which help him arrive at new ideas or concepts. The major takeaway here is that open-ended practices can be beneficial in ways that you can’t foresee.”

“I also like what the artist Jillian Evelyn says about not always feeling like you have to show everything you make on social media. What can seem like a good habit, showing and promoting work online, can easily become a harmful practice that becomes controlling. Jillian mentioned that disconnecting and basking in solitude is one of the most beneficial ways to feel more creative and produce more good work. That’s one of the things that we at Gross strive to do more, and we hope that our readers do with our publications — take a mini vacation away from screens to read and learn from the experiences of other creators.” 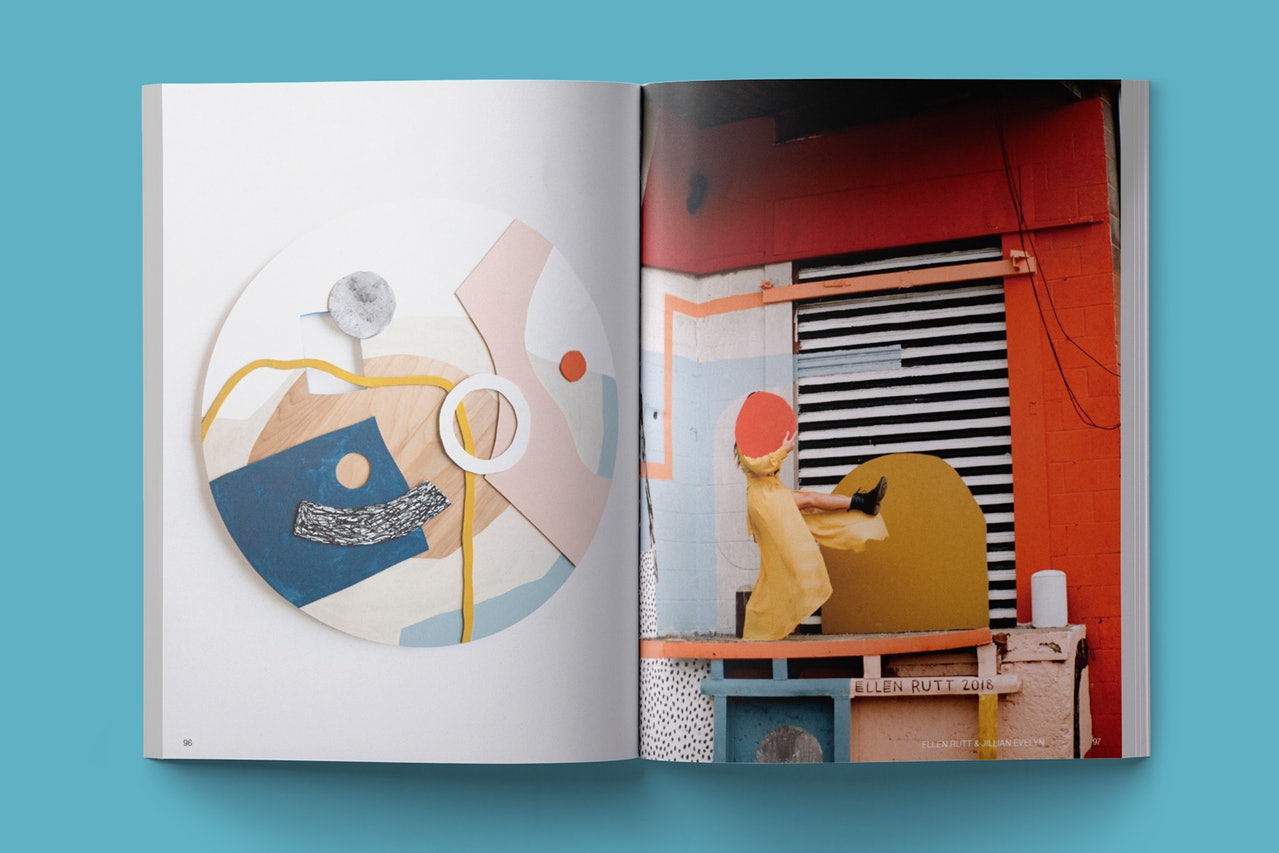 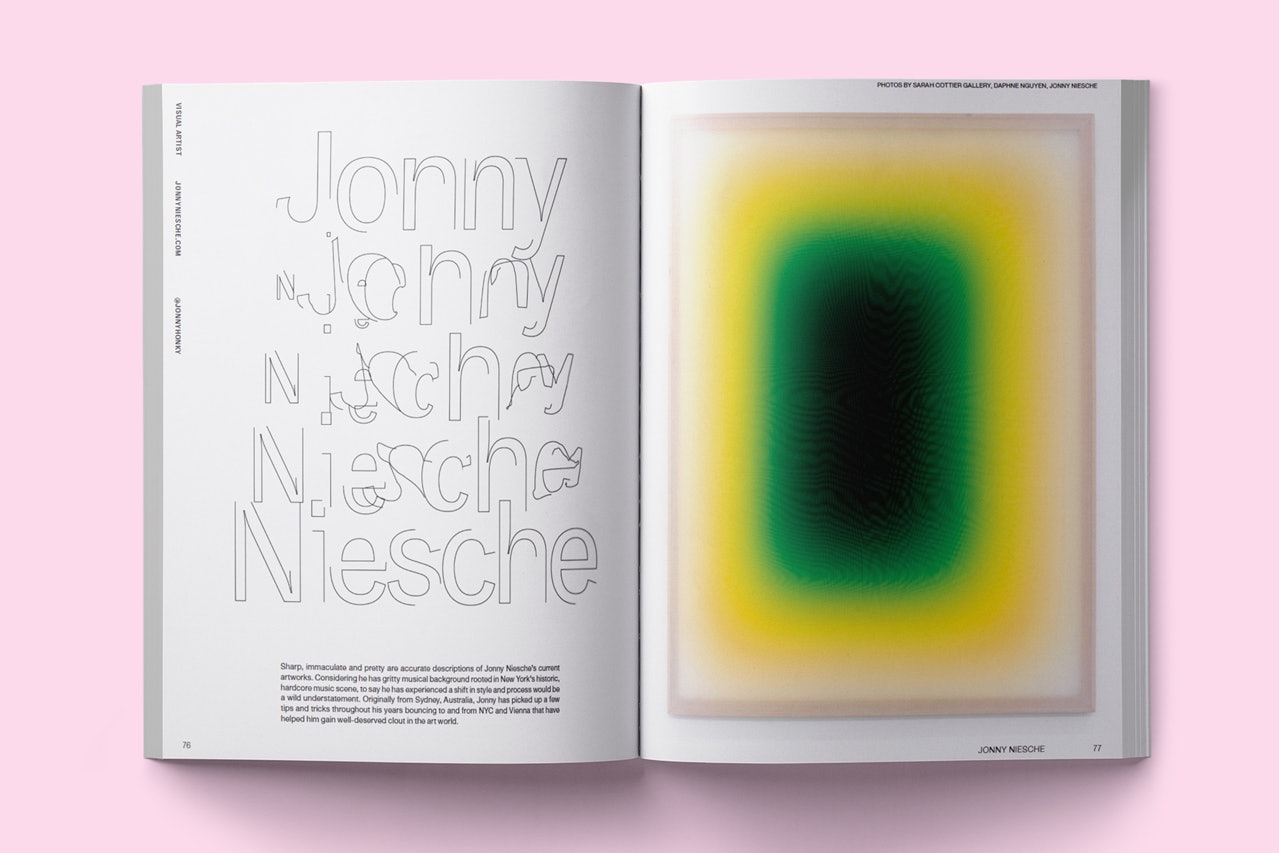 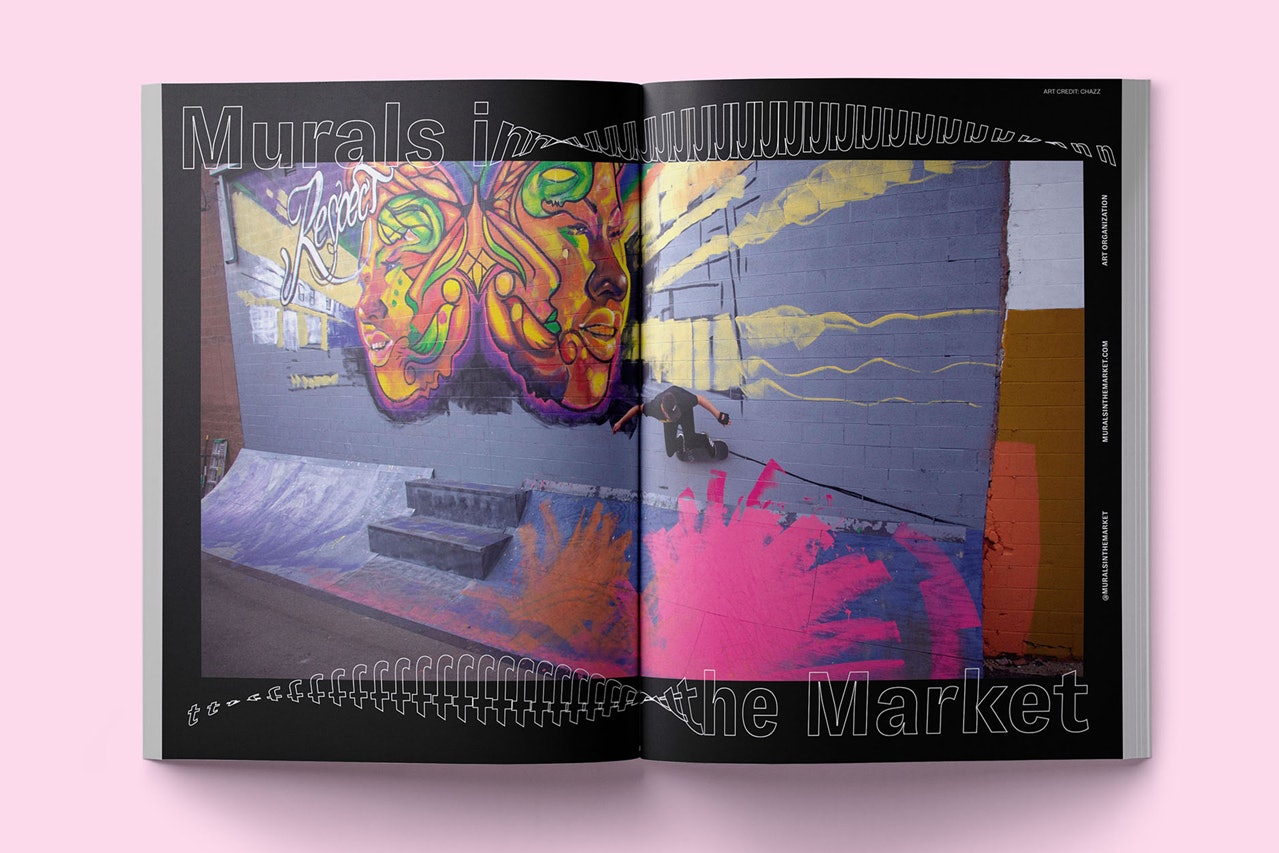 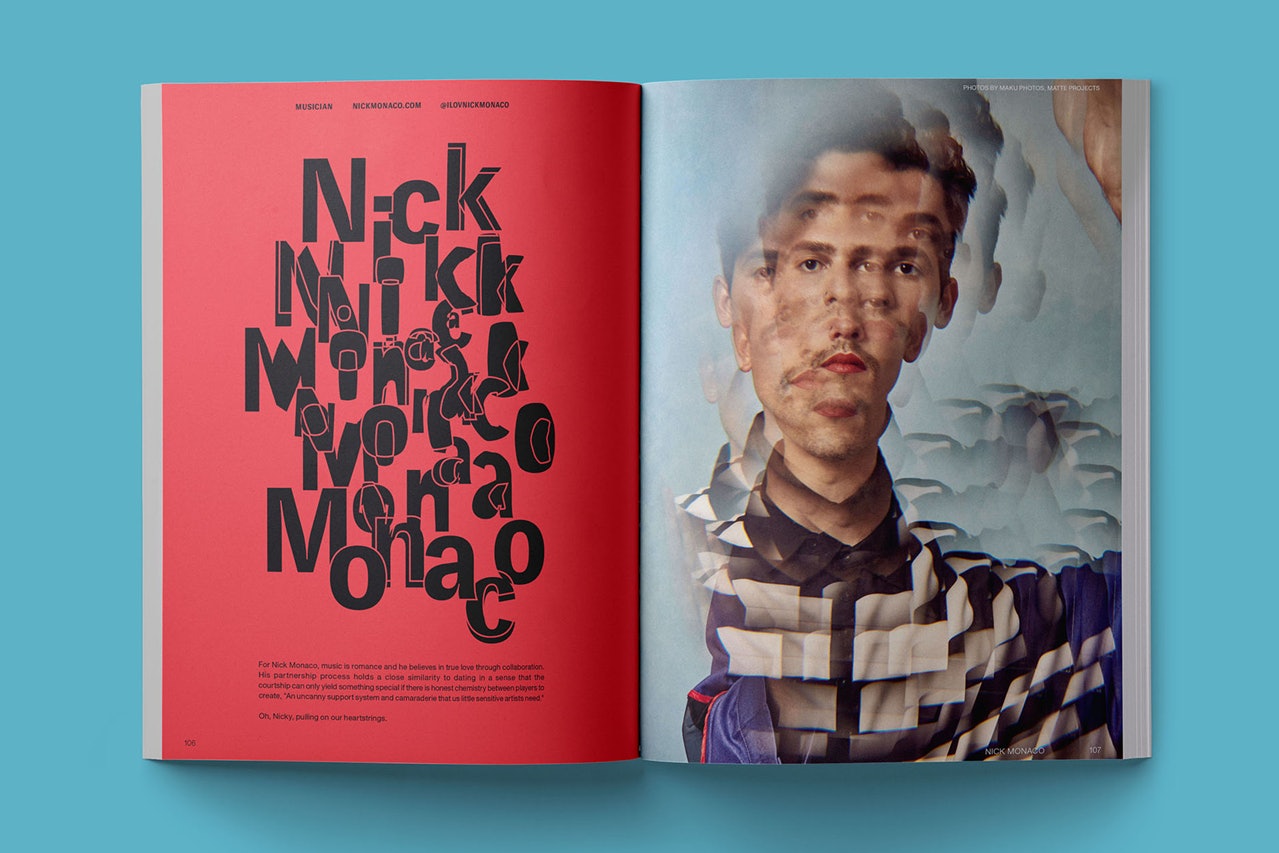 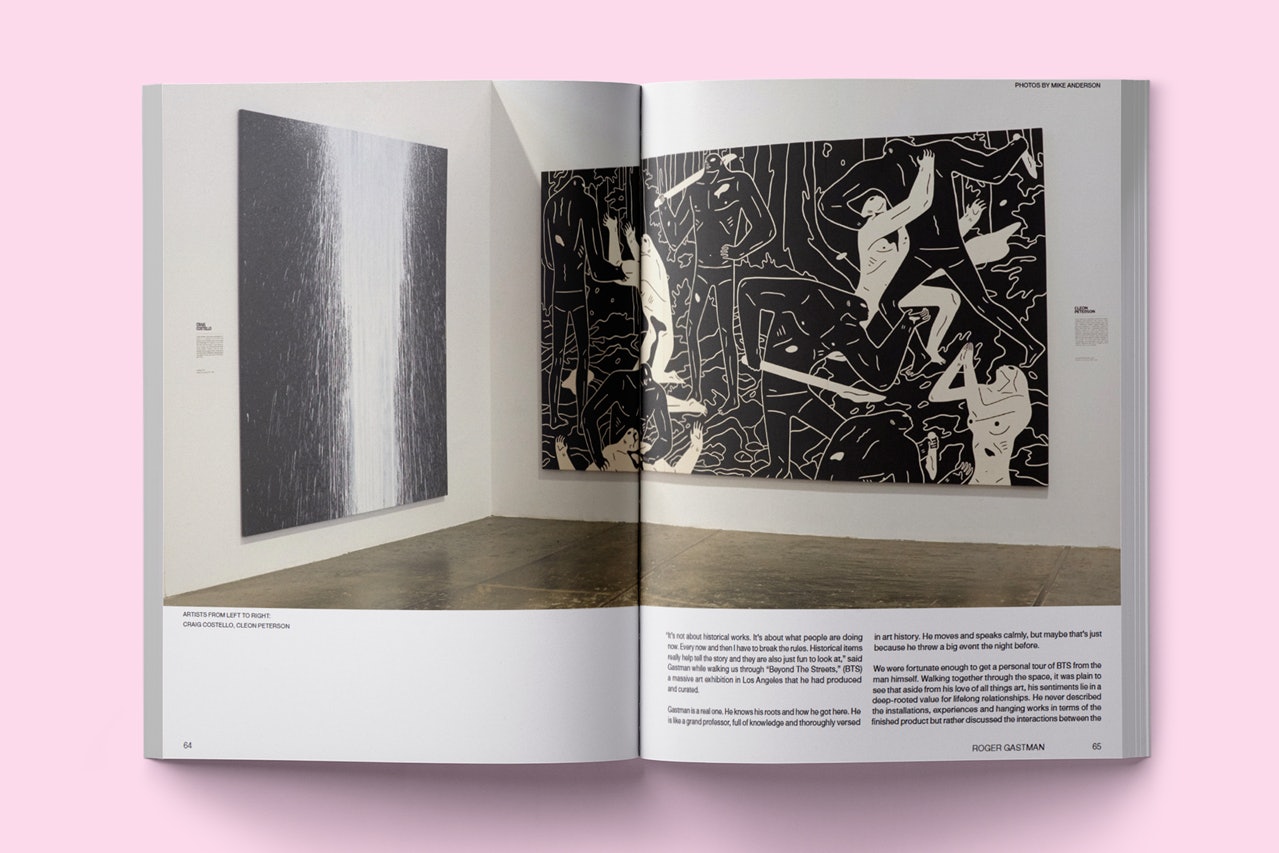 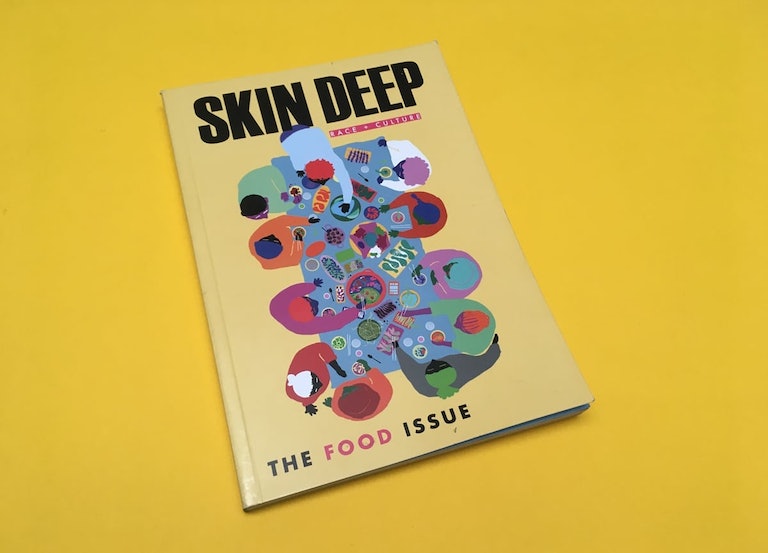 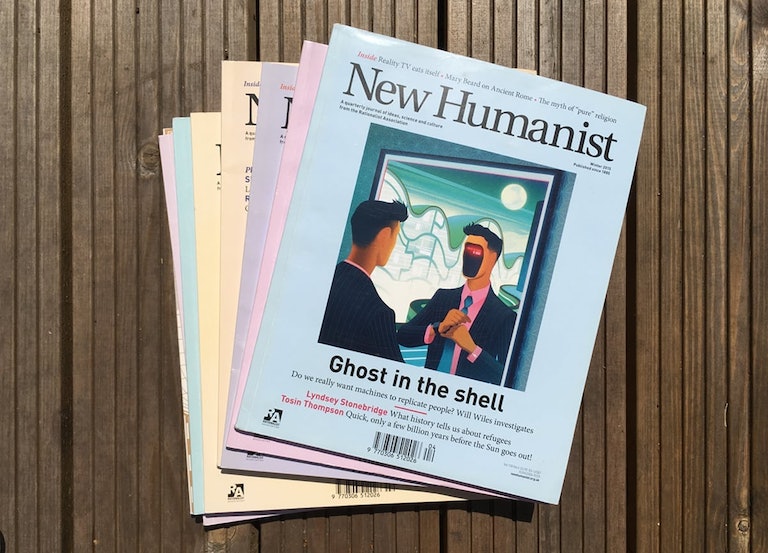 Behind the scenes at New Humanist magazine

How to make a current affairs magazine with a difference