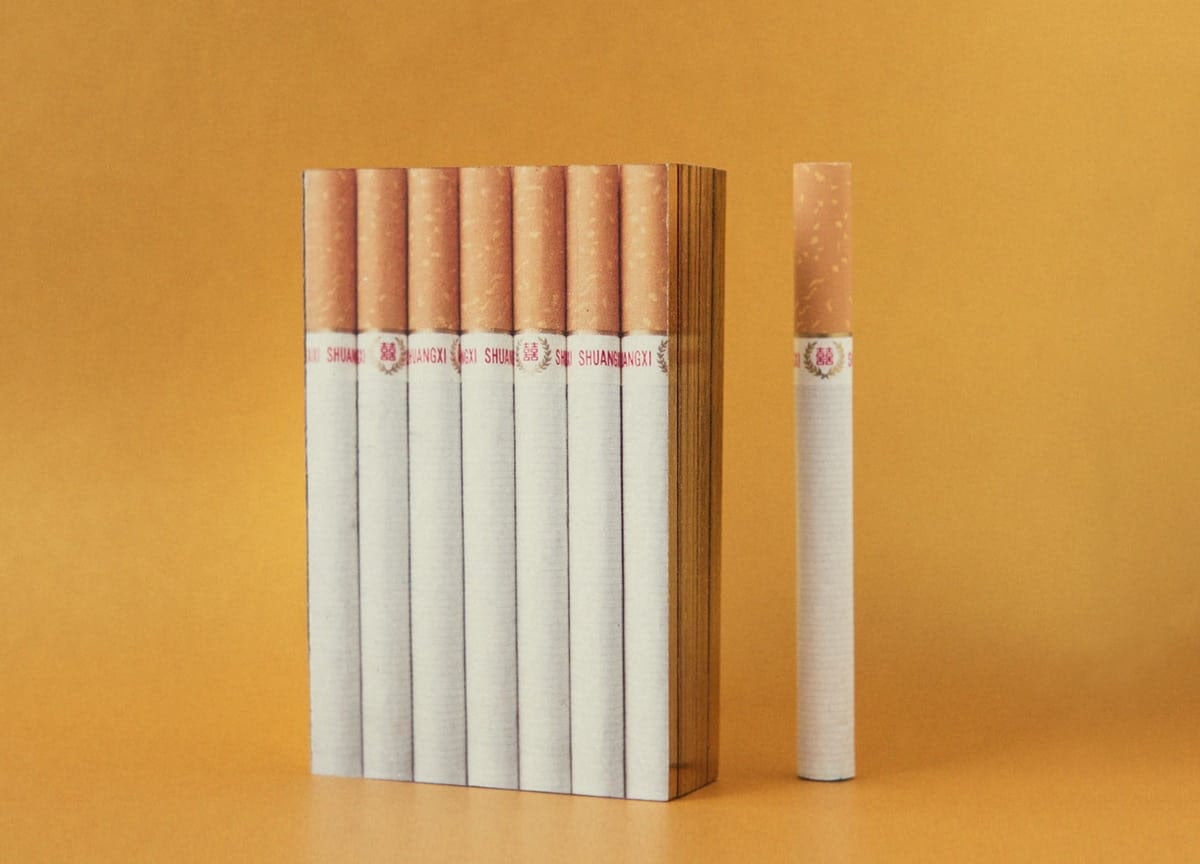 This might seem weird, but growing up in Taiwan, going to the bookstores was one of the top social activities for me and my friends. Visit the biggest booksellers in parts of Asia, and you’ll no doubt find them packed with people absorbed in books, magazines and manga, most of them crouching on the floor in the overcrowded spaces.

Chinese New Year is tomorrow, so we’re taking the opportunity to shine a light on this reading culture by showcasing the most interesting independent magazines coming out of China, Taiwan, Japan and Singapore. You may have already heard of Lost magazine, the title from Shanghai publishing stories of self-discovery through travel. And we’ve also featured Odd One Out, Brownie Shanghai and Genda on the Stack blog, but for this special occasion, we’ve enlisted the help of Nelson Ng; the founder of Lost and creative director of Brownie is an all-round publishing enthusiast, and nobody knows more about the local print scene than him.

What is it? The side of Tokyo we haven’t seen before
Where is it based? Japan, Tokyo

“It’s one of my favourite magazines that I always buy whenever I travel to Japan,” Nelson says. Each issue focuses on one of the 23 Special Wards (boroughs) of Tokyo, and the magazine was born out of a conversation at the pub between editor Yohei Kawada and the president of Tokyo Pistol — an agency established in 2006 with the aim to widen the possibilities of design and editing. They agreed that mainstream representations of Tokyo can be a little uninteresting, so 27-year-old Kawada got to work to showcase the hidden side of the city.

2. Science of the Secondary

What is it? An inquisitive look at everyday experiences
Where is it based? Singapore, but printed in English

We recently rounded up indie mags that celebrate the ordinary, and this Singaporean title would fit right into the lineup. It studies the conditions and sensations that we are not conscious of in our day-to-day interaction with things in our immediate surroundings. Like MacGuffin magazine, it takes a single object such as the door, the sock, the egg, the pipe, or the window, and dissects it lovingly into informative stories and beautiful photo series.

What is it? Artist-driven photography interviews and features
Where is it based? Ningbo, China

“This is probably one of the most influential photography magazines in China,” Nelson says. Issue one completely sold out of all 1500 copies in three days. Jiazazhi, directly translated from the Chinese 假杂志, means ‘fake magazine’, and it was founded in 2006 as an online blog focusing on photography and independent publications. “I changed its name a few times, from Under Construction to Not a Magazine, mainly because I believed that real magazines should be paper-based,” wrote Di Yuan (known as Yanyou), founder and editor-in-chief of Jiazazhi Press.

All pieces are written by current or former photographers, not critics or curators, creating an emphasis on artist-driven content. Unfortunately, this one has been taken off Jiazazhi’s site, but they do still have loads of photo books they publish under the Jiazazhi label, including the photography mag Until Death Do Us Part (below), which comes slipped inside a Double Happiness cigarette pack, and focuses on the unexpected role cigarettes play in Chinese weddings. Jiazazhi have even recently opened their own photo-books store in Ningbo.

What is it? Collaborative features on art and literature
Where is it based? Singapore, but printed in English

This is an art and literature publication that platforms collaborations between multiple artists to create artworks for each issue. There’s a new theme each time, and the magazine approaches pairs of emerging and established artists to create pieces that respond to each other. Find out more on their site — they are constantly looking for new artists and writers to contribute too.

What is it? A zine about common folk cuisine
Where is it based? Beijing, China

“Rather than talk specifically about food, Really Want is more interested in deciphering what sort of people like to eat what kinds of food, when they eat it, and why,” Nelson explains, “They want to find out what different groups of people think about food, and showcase the traces of food in their daily lives.” With features titled ‘My Mum and Dad’s favourites’ and ‘The Best Buffet in Town’, its DIY, grassroots ethos is further demonstrated by a photo series of friends’ rubbish bins, as a visual documentation of the food they ate.

What is it? Conversations between young artists
Where is it based? Shanghai, China

Published quarterly by Open Art, a platform that aims to champion Chinese artists through its translation services, Soft is a bilingual (English/Mandarin) magazine that features conversations and interviews between young artists and creative professionals. It explores questions that every young artist goes through in their transition into professional life, such as, ‘how does an artist balance creativity whilst trying to earn a living?’ Or, ‘if you persist with your craft while working at a cafe, are you a waitress or an artist?’ Each issue presents six interviews, and also introduces the work of one emerging artist.

What is it? Everyday life in Taiwan
Where is it based? Taipei, Taiwan

This magazine is about great food, music, travel, film, and as their site explains, “basically everything else that’s beautiful about living in Taiwan”. It features ordinary people with interesting stories to tell, celebrating the little details in life by putting them elegantly in front of readers. It wants to make you focus on experiencing the good.

What is it? A nuanced examination of our social and cultural experiences
Where is it based? Singapore, but published in English

This brand new title is still in its first issue, and explores the ways in which our experiences are coloured by social and cultural factors; beginning with universal themes, it presents a nuanced examination of the world we live in. The theme of this first issue is ‘Dizziness of the Youth’, which looks at the contradictions, awkwardness and the volatile nature of the transition from childhood and adulthood. 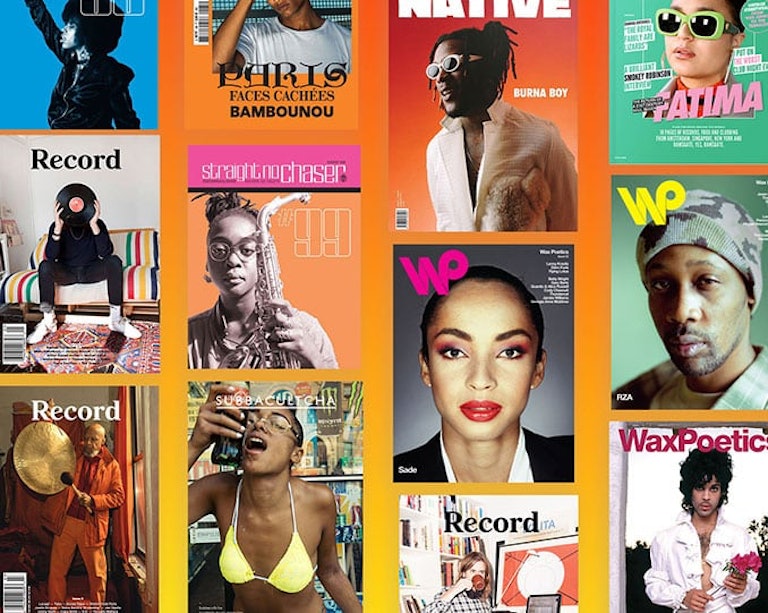 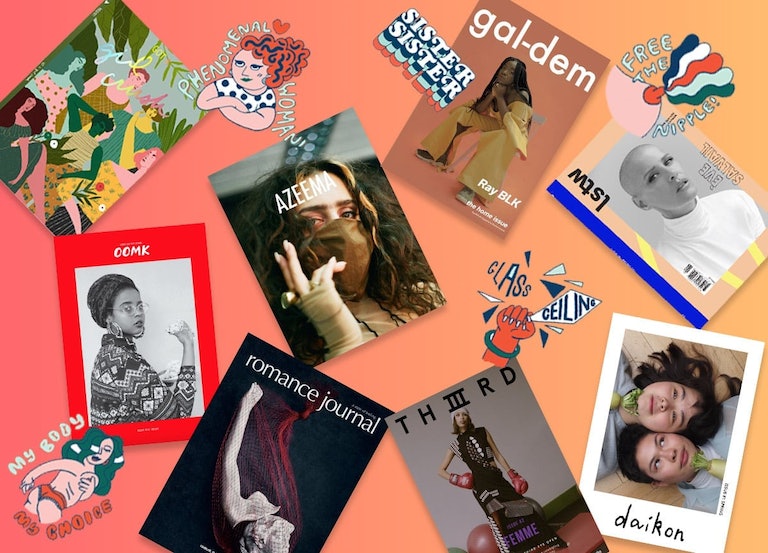 Magazines that weave their feminism with issues of race, class, religion, sexuality and more...