Behind the scenes: Yellow

A new project from the team behind Off Life magazine, Yellow launches on Monday to create an illustrated interpretation of the coming year’s news. Each week, a different artist’s take on the news will be published on the Off Life site, and in December next year the results will be brought together in a book chronicling 52 versions of 2015 as it happened.

With big-name writers appearing alongside complete unknowns it looks set to be a fantastic project, so I caught up with co-founder Daniel Humphry to find out more.

I love the concept behind Yellow. Where did the idea come from?
Over the last few months I’ve been doing some freelance work for the National Union of Teachers, helping them to rejuvenate their magazine a little bit. As part of that I commissioned artists to create pieces based on news stories, and it made me think about the the fact that illustration can analyse and skewer the news in ways that words can’t.

I love Offlife but it doesn’t have any news or current affairs leaning – it’s submissions-based so you can’t really guide it too much. We wanted to use illustration and comic art to bring a fresh perspective to current affairs, and with this being the run up to the general election we thought it would be a perfect time to do it. You have a manifesto of sorts, which promises to exploit, distort and exaggerate. That should give people a clue about the sort of approach you’ll be taking.
Yeah, I mean we’re not claiming any journalistic credibility or necessarily integrity. We’re giving the artists free rein, so if they want to write about some silly Metro page four story that’s fine – it’s going to be an artists’ take on the news and how it was reported, and I think we’ll find some truths in that.

How will it get out into the world?
Each artist is given a week, from Monday to Sunday. Whether they create the work as they go along or do it all on the Sunday is up to them. They file it to us on Monday morning and we’ll put it up on Offlife.co.uk, along with our thoughts on it and a quick Q&A with the artist.

And then after 52 weeks we’ll collect every piece into a book complemented by essays and columns from some interesting writers – some journalists, but also musicians and artists too. Hopefully in that way we can chronicle a year’s news from 52 very different perspectives.

I think it’s a brilliant idea. And it starts on Monday?
The first one goes up on Monday, and we’ve got Stanley Chow kicking it off. We’re amazed that he agreed to do the project, and at such short notice! He’s doing this week as we speak, collecting his stories and trying to figure out what appeals to him and what he wants to comment on.

You’ve got some pretty big names involved – what has the response been like so far?
We’ve been overwhelmed to be honest. The list just keeps on growing. We told the world about it yesterday (Tuesday 18th) and we’ve already got people like Jean Jullien, The Project Twins, Gavin Strange… the response has been phenomenal.

We’ve confirmed about 15 artists who we see as heavy hitters, but just since putting a tweet out yesterday we’ve had over 100 artists contact us to say they’re interested. We’ve been flooded, so I think we need to sit down over the next few days and somehow bring it down to 52.

So the idea is that you’ll mix big names with complete unknowns?
Yeah – you need the big names to generate a buzz around the project, and because you want to see what sort of work they’ll create. But then I think the really exciting thing is like we do with Offlife, giving a platform to some younger artists who might have a very different take on the news.

They probably consume the news in a different way – they probably don’t get their news from newspapers, for example, and it will be interesting to see whether that shows itself. So we’re working now to get the word out through blogs, and hopefully we’ll get as wide a group as possible.

Stanley Chow kicks us off, then Grace Wilson, a really amazing female comic artist, and then a girl called Takayo Akiyama, who just had a book out on Nobrow, is taking the third week. So even just in the first three weeks we’ve got a pretty diverse group of people and I hope it continues that way.

What do you really want to be working on? 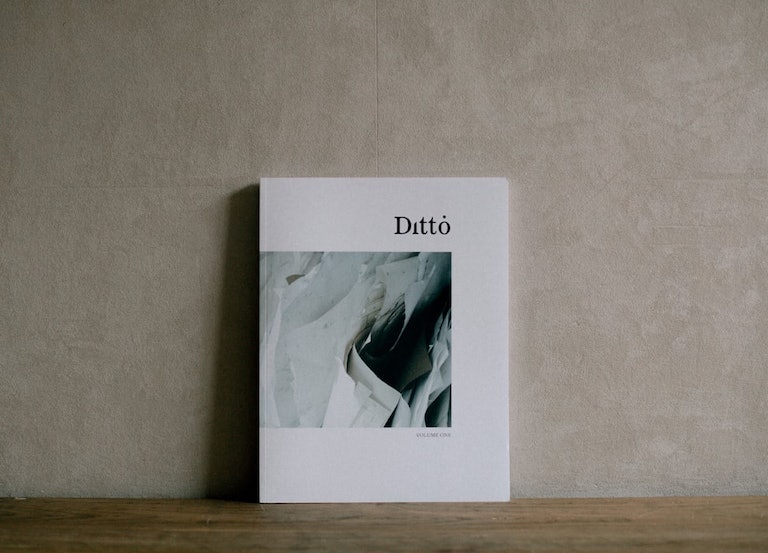 Ditto magazine shines a light on the joy of making

What the process of creation means to writers, musicians, and designers