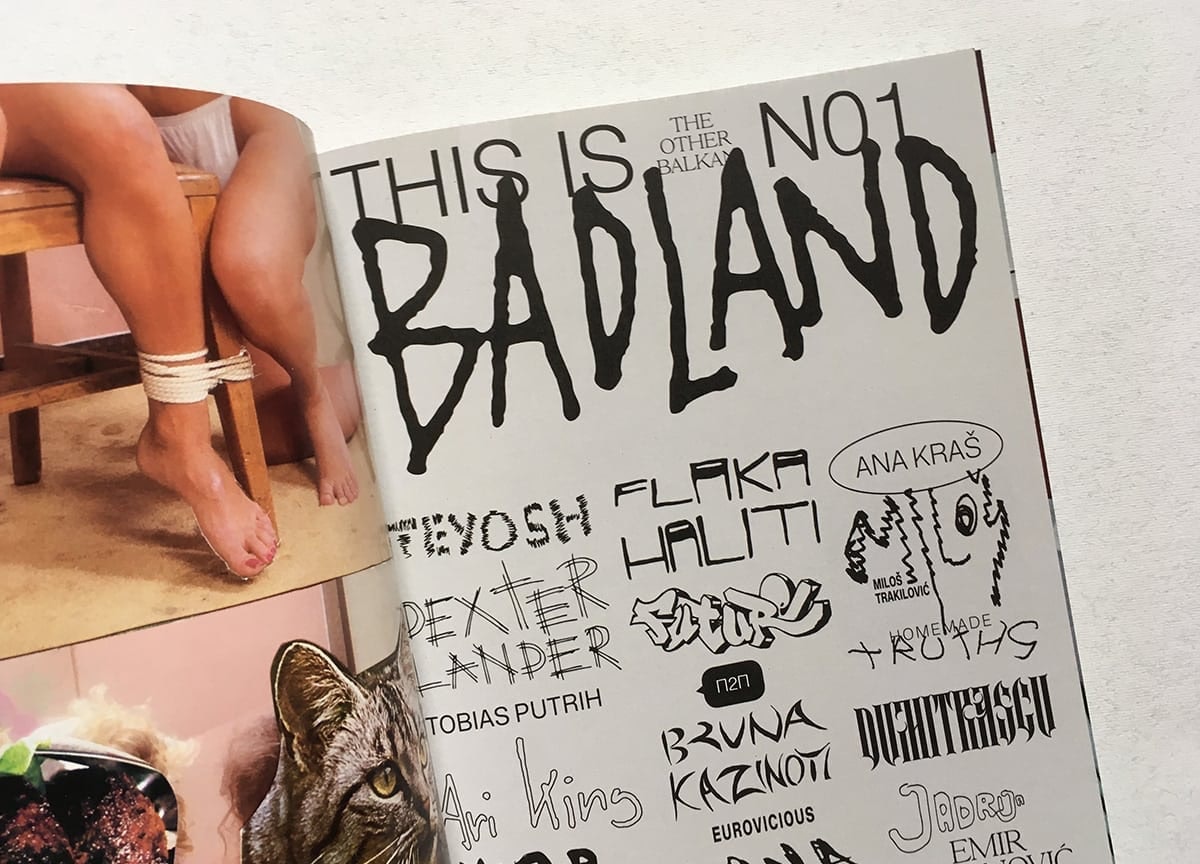 From Croatia to Bulgaria, the Balkan Mountains string together countries in a culturally dualistic region. Caught between the West and the East, the creative talent coming out of the Balkans has a distinctive attitude, and Badland magazine wants to celebrate it. But they want to show an alternative side to their home countries, and the first issue reimagines narratives surrounding the Adriatic Sea — a Croatian filmmaker, for example, avoids postcard perfect Mediterranean scenes in her work.

It is packed with fresh perspectives on new cultural identities in an often underrepresented region, and you can find out more in our interview with editor Rafaela Kačunič below.

In the editor’s letter, you talk about growing up with a type of cultural hybrid, comprised of the “so-called Balkan and the West”. Can you elaborate?
My parents immigrated to Germany shortly before I was born; meaning, I’ve learned how to speak German in kindergarten while listening and observing the other children. I remember driving in a stuffed car from the Ruhr area (West-Germany) down to Zagreb and Dalmatia (where the rest of our family was located) countless times, never really feeling like I belong anywhere, because every time I had to leave Croatia it broke my heart, but at the same time I was missing my friends in Germany and couldn’t wait to go back to my quotidian life.

I used to detest the question asking where I’m from, since I felt I have to justify myself no matter what I answered; also, probably, because I wasn’t sure what my home was back then. As a teen it was hard to keep up the house peace since my rather conservative parents didn’t have the understanding nor means to afford the lifestyle and freedom most of my classmates had back then. I had to find ways to sustain and emancipate myself from a very early age.

How do those experiences shape the way you think about your identity and your work today?
With age and due to moving around a lot, I realised that home is where my family and the sea are (my parents moved back to Split). But it’s just the feeling of home rather than my identity, which can’t be defined by one geographical place since my background is too fragmented. I guess that’s why I can adapt and absorb my surroundings quite rapidly; I’m not afraid of changes, and that influences my creative outcome and I believe my work benefits from it.

I like how Croatian filmmaker Hana Jušić talks about avoiding typical Mediterranean scenery in her films, and wanting to achieve an ‘ugly’ aesthetic. Did you feel like you wanted to avoid certain stereotypes with the magazine?
Certainly, since the beginning we knew the title of our first issue will be ‘Adriatic Reimagined’, and it came from quite a personal standpoint of feeling slightly bored of the image of Croatia as your perfect holiday destination.

Upon learning you are from there, people seemed to have one singular reaction: praising the sea, the food and the great holidays they had. Sure, it is a beautiful place to be enjoyed, but the tourism industry can narrow a country down to a kitschy postcard. We felt the urge to go beyond this and talk about all those other layers of meaning. Then we saw Hana’s great movie and were completely blown away, it was so daring and fresh, like no other Croatian movie we watched before. And we knew that in her cinematic language she was also addressing the ‘other side’ of the Adriatic, which was really exciting.

The interview with artist Miloš Trakilović in issue one explores the idea of place and identity. Can you share something you learned from speaking to him?
When we began to dig deeper into the multiplicities of meanings behind ‘Balkan’ as a term, and we found a fragmented place of non-belonging, or as Miloš puts it, “Balkan is always ‘somewhere else’, always ‘south from here’, standing for an inherent sense of contradiction.” I think his words eloquently sum up the sentiments of many in the younger generations — those who were born in a country that no longer exists and experienced its fall during the rise of the World Wide Web, which would later play an important role in their connection with that history and identity.

Learning their stories influenced the spirit and ethos of the magazine; it coalesced into our direction of offering a place where such conflicting ideas, unexpected affinities or hybrid concepts are sought and delved into, veering away from any homogenous understanding of our world in general.

This was a really impressive first issue, with amazing contributors and stories. Do you have any tips for aspiring magazine makers?
Thank you! Trust your guts! You know when you find a topic you’ll never get bored of. Then curiosity, hard work, a good network and persistency are all essential to survive. 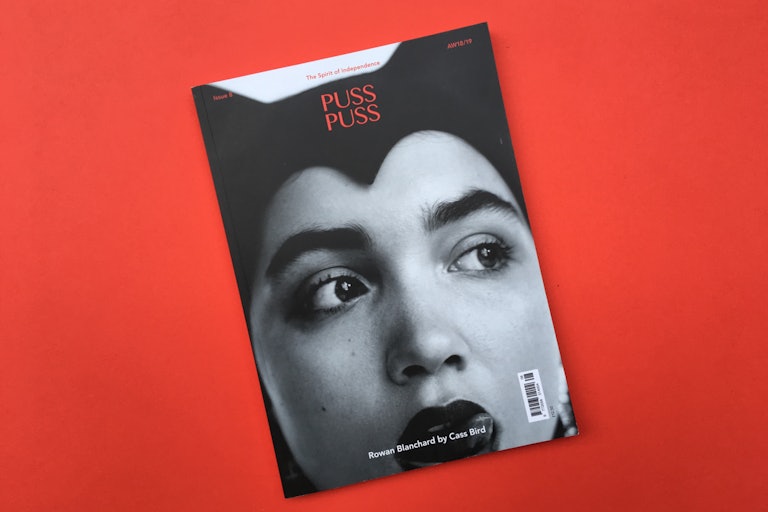 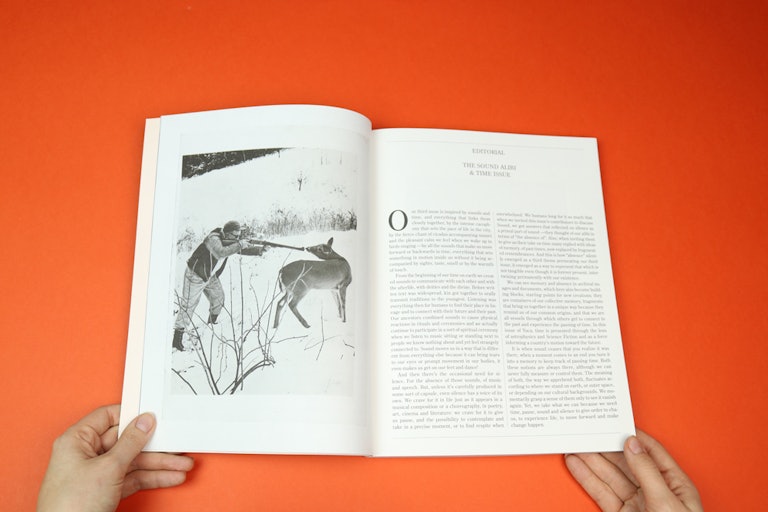